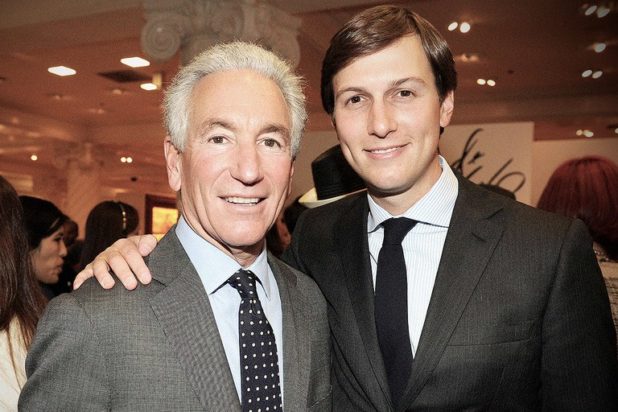 Because she was so atomized and fucked up from living as a White girl in New York, she desperately wanted to join the Chabad ■■■■■■ clan and feel like she was part of a close-knit family with actual traditions that looked out for one another.

Now, she’s given the keys to the White House to dumb ■■■ Jared and clever ■■■ Charles. This tag-team is taking the American people to the cleaners now that they’ve decided to use the government as their own personal piggy bank.

Kushner Cos., the real estate firm owned by the family of President Donald Trump’s son-in-law Jared Kushner, has received about $800 million in federally backed debt to buy apartments in Maryland and Virginia — the company’s biggest purchase in a decade.

The loan was issued by Berkadia, a lender co-owned by Warren Buffett’s Berkshire Hathaway Inc. and Jefferies Financial Group Inc., in a deal that’s backed by government-owned Freddie Mac, according to a person familiar with the matter who asked not to be named discussing the private transaction.

The arrangement increases the government’s exposure to Kushner Cos. at the same time that its former chief executive officer is one of the most powerful people in the White House. Jared Kushner divested ownership in many of the company’s assets to close family members when he joined the government. Kushner Cos. had more than $500 million in loans from Fannie and Freddie at that time.

Spokespeople for Kushner Cos., Berkadia and Freddie Mac didn’t respond to requests for comment. Peter Mirijanian, a spokesman for Jared Kushner’s attorney Abbe Lowell, has frequently said that Kushner has no involvement in the company’s management.

Okay, so Jared, who doesn’t even run anything, went ahead and did the honorable thing and divested ownership. But Jared is too dumb to run anything other than circles around the Potatus-in-Chief. The real question is, did Charles divest ownership? No?

You know, by the time the Communist mob hauls the fat orange man out of the White House or he collapses from choking on a Big Mac, the Kushners are probably going to steal at least a billion dollars from right under the President’s nose. 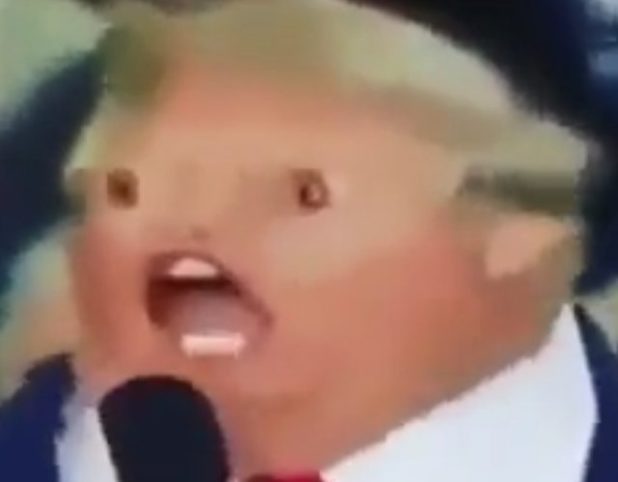 And then the investigations will begin and we’ll find out that the “Trump” family was one of the most corrupt families to ever sit in the White House.

At the very least, we can hope against hope that this has a huge splatter effect that will sink Ivanka “Dumb as a Brick Plastic Bimbo ■■■ Convert” Trump’s political ambitions when she decides to run and the opposition does some research on her. 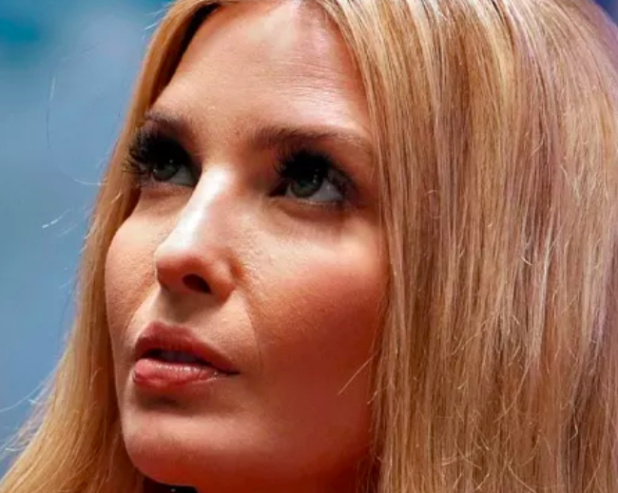 It really bothers me that Ivanka and Jared have positions in the White House. I didn’t vote for either of them and they are completely inexperienced. Nothing but two spoiled and entitled rich kids who have never worked a day in their lives.

Kushner Cos., the real estate firm owned by the family of President Donald Trump’s son-in-law Jared Kushner, has received about $800 million in federally backed debt to buy apartments in Maryland and Virginia — the company’s biggest purchase in a decade.

I wonder if these apartments are the low-income type used to house hispanics and blacks, or if they’re high-end units used to house DC government employees.

The result is the same, tbh.

You are echoing my concerns about those two as well! I have heard a lot of other critics saying that they influence Trump too much especially on immigration decisions! That is of course is to be met with some degree of skepticism but it does make me wonder how much influence they have! I know Kushner is going to be introducing a ME peace plan sometime in July so I am not sure where his Foreign policy acumen comes from, but you are right, I didn’t vote for either one of them and they should have stayed in the private sector then being parked inside the White House with unelected positions!

Ivanka and Jared have positions in the White House. I didn’t vote for either of them and they are completely inexperienced.

At the age of 14, Ivanka landed her first modeling gig. In 2016 Ivanka clothing line side business netted over 100 million dollars in revenue.

In 2016 Ivanka clothing line side business netted over 100 million dollars in revenue… Well what about Chelsea Victoria Clinton ??

Chelsea Victoria Clinton spent all of the Russian $145,000,000 and those BILLIONS after the uranium one caper ! The Clinton foundation is in fact a "lawless, ‘pay-to-play’ enterprise that has been operating under a cloak of philanthropy for years.

You dont vote for anyone in the executive branch except for the president and vice president.

Thanks for the input Captain Obvious.

I would be less concerned if the President that I voted for didn’t seem to rely on the input from Jared and Ivanka, two hardcore leftists with an agenda, for everything.

Back during the convention, Ivanka stood up there and gave a leftist speech about enhancing entitlements…and she received a standing ovation. The GOP is dead.

Kushner is trying to undermine the MAGA agenda. Is it a coincidence that Israel gets tens of billions but we can’t get traction on our own security?

Who knew that even need to be explained?!?

Point is, Ivanka and Jared are nothing but liabilities and have never supported the MAGA agenda.

Don’t worry, even if Jared has ‘divested’ from Kushner Co he can still collect ‘deferred compensation’ after he leaves office.

It happened to Dick Cheney during the ‘Gulf War’ under George Bush. Cheney steered so much business to Halliburton that their contracts with the govt went up 500%. He used the “Emergency Needs” to sidestep the mandatory Govt contract bidding to just award the contracts outright to Halliburton. We were at war he said, an emergency. Then he gave them a ID/IQ (Indefinite Needs/Indefinite Delivery) contract to provide all general needs services from laundry, catering, etc etc which they they then subcontracted out for cheaper prices to other companies after price gouging the fuck out of the US govt. Indefinite Needs meant that there was no definite amount of services specified and Indefinite Delivery meant that there was no limit to the amount of goods to be delivered. In other words, it was a running tab where Halliburton kept billing the govt during an ongoing military excursion where there was no limit to anything. And, after leaving office, Cheney got a big ‘deferred compensation’ payday, as it was illegal for him to accept compensation while he was still in office.

It seems to me that Trump was cool until this talk started about Ivanka possibly getting a seat at (((The World Bank.))) I think that’s probably the reason Donny cucked.