The sometimes-violent deaths of a half-dozen men linked to the 2014 protests that rocked Ferguson, Mo., including two found in burning cars and three who allegedly committed suicide, have sparked fears that something sinister is afoot, The Associated Press reported in an extensive investigation.

Police say the deaths, which also included a man who collapsed on a bus due to an overdose, have nothing to do with the protests that rocked the small city near St. Louis following the police-involved shooting of 18-year-old Michael Brown. But others involved in the protests say the strange events are piling up.

“Something is happening,” Cori Bush, a leader of the Ferguson protests, told The Associated Press. “I’ve been vocal about the things that I’ve experienced and still experience — the harassment, the intimidation, the death threats, the death attempts.”

Bush told The Associated Press her car has been run off the road, her home vandalized and someone fired a bullet into her home in 2014 – narrowly missing her 13-year-old daughter. She suspected she’s been targeted by(wait for it ) white supremacists or police sympathizers.

Looks like the ghosts of “Quantrils Raiders” are coming home!

A drug overdoes is extremely suspect.

witnesses have just refused to answer questions, leaving the investigation with no leads.

activists said they’ve been targeted in dangerous ways. No information on targeting available.

Many activists still feel a sense of hopelessness after the protests. But it’s unclear if the suicides had been related to the effects of the Ferguson aftermath.

Do they live in a dangerous place to live?

Great story for a slow news day, no facts, little basis for the story but leave to to the media. One the media printed stories based on fact, today, not so much.

Do they live in a dangerous place to live?

Well it is St Louis afterall, the rectum of the country!

Lately our "media " is short on facts and quick at finger pointing !

The chairman of Illinois’s Lottery Control Board and a member of the state’s Republican Central Committee has resigned both positions after taking heavy criticism for describing East St. Louis, Ill., as the “shithole of the universe!”

Blair Garber deployed the term on Twitter in response to a tweet by country singer Charlie Daniels, who was defending Trump’s reference to Haiti and African countries as “shitholes” and criticizing Sen. Richard J. Durbin (D-Ill.) for taking offense.

“Mr. Durbin,” Daniels tweeted, “I’m so sorry that your virgin ears were blistered by the absolutely horrible language president Trump used in front of you. The president actually thought he was addressing a meeting of members of congress, not a kindergarten class.” 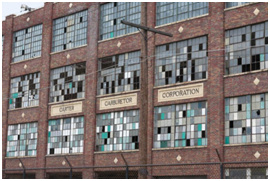 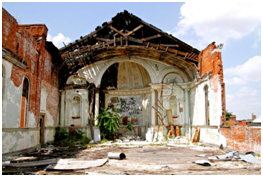 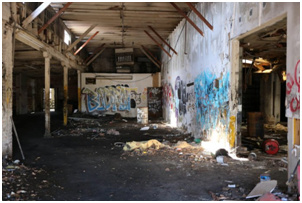 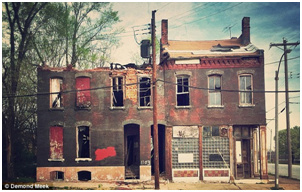 Ha ha! That is pretty funny, especially not knowing about this story!

Durbin is one of the worst, and the Irony of Charlie Daniels having to come out in public to school Durbin on his faux outrage has to be pretty embarrassing! Need more Charlie “D”'s to set these fools straight!

Mark Levin has on occasion revealed that the late Sen. Fred Thompson once told him that dirtbag Durbin was the most disingenuous member of Congress, that he could not be trusted.

Dirtbag Dick Durbin will lie, cheat, and betray any friend or stranger for his own aggrandizement and the furtherance of the progressive agenda. Like Obama, Durbin and his ilk want to fundamentally transform our country from what it was meant to be to something only Saul Alinsky and George Soros could love.

They have lost their objectivity and standards for reporting.