Kamala Harris Instructed To Stop Answering All Her Phone Calls With 'Did He Die Yet?'

WASHINGTON, D.C.—Vice President Kamala Harris has developed a bad habit, which White House staffers are trying to train her to not do. Any time the phone rings in her office in the West Wing, Harris immediately scrambles for it and answers it with an expectant, “Did he die?!”

“That’s just not a professional way to answer the phone,” Ronald Klain, President Joe Biden’s Chief of Staff, told her.

“Well, what am I supposed to say?” Harris asked.

The phone rang again. Harris immediately grabbed it and said, “Hello, did he die?”

“I just care a lot about Joe and his health,” Harris explained. “And he’s seemed particularly old lately. So—”

There was a knock at the door. Harris ran for the door and opened it, yelling, “Did he die, and you’ve come to tell me in person?!” But it was just an Amazon delivery. “Rats!” 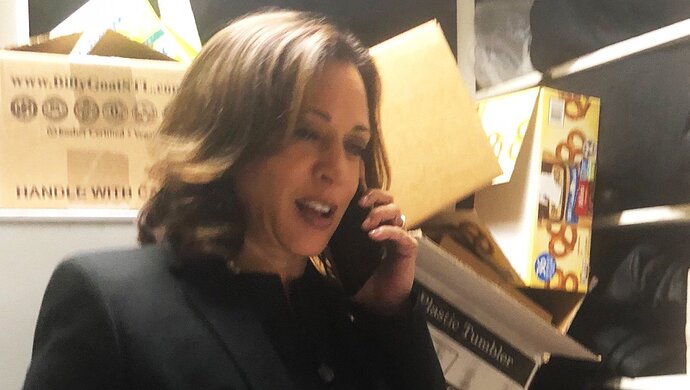 Kamala Harris Instructed To Stop Answering All Her Phone Calls With 'Did He...

WASHINGTON, D.C. - Vice President Kamala Harris has developed a bad habit, which White House staffers are trying to train her to not do. Any time the phone rings in her office in the West Wing, Harris immediately scrambles for it and answers it with...

As BAD as he is we should hope that Joey Bidet does not reach room temperature yet because Kameltoe will be 100% times WORSE.

She won’t last long… that isn’t the plan. When Pelosi is in the Oval Office, the plan will have come to fruition. That’s when things will get really bad.

However you can see it happening.

When Pelosi is in the Oval Office

Pelosi will never be in the Oval Office, whoever Kameltoe is TOLD to choose for VP MIGHT get into the Oval Office, it depends, I mean by 2024 we MIGHT even be DIRECTLY run by The United Nations.

THAT IS the actual Plan, to dissolve ALL Sovereign nations and have NO Borders anywhere, so the world is like one big World Nation run by The United Nations, this would include The UN Blue Helmets as World Police but unlike The UN Blue Helmets have always famously been unarmed THIS time they WILL be armed.

A few things have to fall into place before The Plan takes effect though, the main thing is that in America EVERYONE must be disarmed and you can bet that Satan’s Agent’s on earth are literally working 24/7 on their plan to disarm ALL Americans.

As they are actual Communists they will probably do what Josef Stalin did, they will engineer a deliberate food shortage and ALL home grown food will be banned ie. the banning of seeds etc and the deal will be if you give your guns up they’ll give you food in exchange.

Now when Stalin did the above, this was after WWI when MILLIONS of Russians had kept their service weapons, Stalin and Co. engineered a deliberate food shortage, banned seeds and shot ALL livestock and so the Russians were starving and Stalin and Co. said give us your guns and we’ll give you food, except that when they handed their guns over they were either sent to the Gulags, murdered on the spot OR FORCED to capitulate to the new Communist System.