Journalism in America has transpired into passing on rumors. Gone are the days of Investigative Journalism. Unnamed sources close to the story usually turn out to be someone that might have overheard two people talking out of their ass.

Then there are the outright lies. Politicians making claim about a subject and later finding out there was no truth at all. However, the media will run with the lie until that news cycle has ended.

I have no respect for journalists and it makes little difference which news agency they work for. All of them remind me of game show hosts. 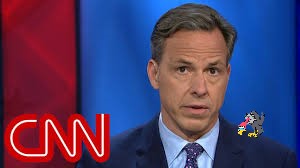 CNN was the premier go to source for news. Today it’s nothing but an outlet for the DNC.

The change began when the media began interpreting the news instead of reporting the news which allowed for person bias to be the interpretation.

It all started with cable news running 27/7. There is only so much news to report so they had to fill the hours with people talking BS.

If they just reported the news I don’t think they could run for more than 6 to 8 hours a day and that’s pushing it.

I literally hate when I hear a political speech and then get bombarded with what the pundits think was said. It’s gotten to the point that after a speech is over, I flip to an old movie.

Even Fox News presents the same old shit…every time the show title changes. Each host has to regurgitate the same stories.

I realize that not everybody watches the news at the same time and that some stories bear repeating…but all day long? I think not.

I generally flip to my local news station for an hour each night…just to catch up on news from my area. Then I watch reruns of Murder, She Wrote…'til my dog needs to go out…around 3 am.

I haven’t watched cable news in over a year. If I want to catch up on the news I go online and read the news stories.