This is a good introduction to Bohemian Grove and the operations of secret societies.

Joe Rogan redpilled his guest Tony Hinchcliffe about the secrets of Bohemian Grove, the secluded redwood campground retreat in California annually attended by the world’s elite, which Alex Jones first infiltrated and exposed in 2000.

From the Hillary Clinton campaign Wikileaks email dump back in 2016, there are several emails that have reference to the Bohemian Grove, the God Moloch, and Minerva.

OBAMA ALSO MENTIONED AN OWL AT THE DNC

(Scroll all the way down on the second link to see moloch, there is also a raw pdf available on the site)

Been meaning to thank you for being with me during my first “lollipop” experience. Appreciated your support and your steady presence. My only regret is that I didn’t take my lollipop with me

Ahh I remember all of this. Just went through my 2016 folder. Check this out - it helps to make the connections a lot easier. 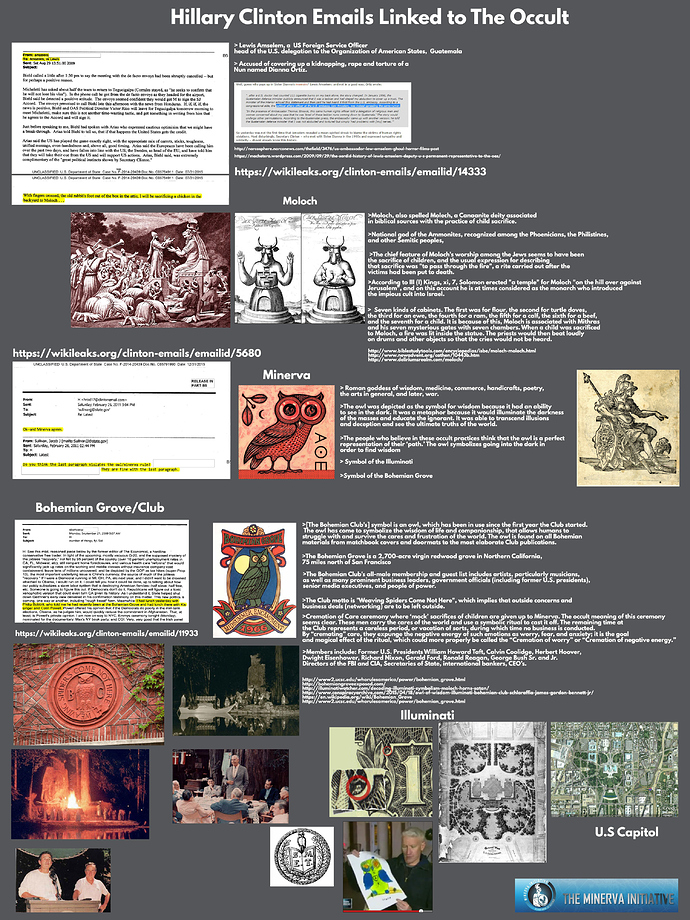 The grounds of the capitol are also shaped in the image of an owl which links it to Bohemian Grove. Your picture shows it in the lower right, but this gets a better look. 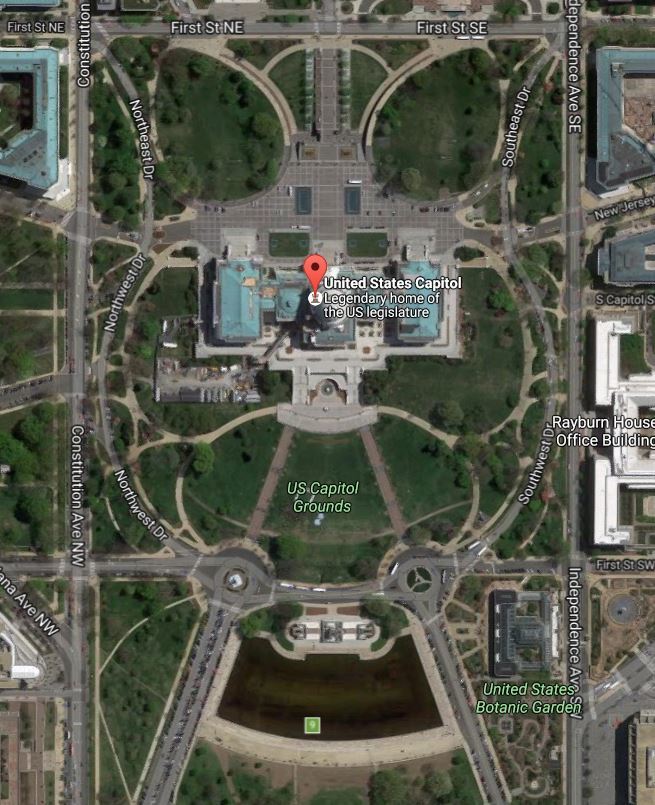 I’ve been lurking here for a while and out of all of the things that I have seen being discussed on this board, nothing caught my interest more than this thread on the Owl / Moloch worshipping that the globalist elite are heavily connected to (especially the Clintons - that is based on the leaked emails mentioning the god Moloch).

I have been running through a theory that I was hoping could be discussed by people here. I know this is my first post but I couldn’t help to weigh in. The more I look into this the more these people who are worshipping this deity look and sound like ancient Carthaginians.

For those who do not know, Carthage used to be an empire based in North Africa, heart being the present day Tunisia, that utilized merchant trading. At its height it rivaled the Roman Empire and indeed challenged it only to be ultimately defeated by Rome.

They were eventually defeated by Rome after the end of the Punic War. The god that they used to worship was called Baal Hammon (link below) and he was a god that they would sacrifice human children to gain its favor. Present day archeology have confirmed that such sacrifices did indeed occur as remains of baby children were found at supposed altar locations. 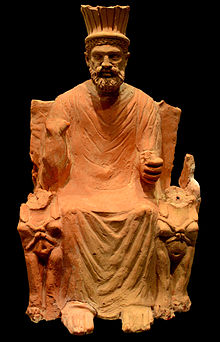 Ok so now that I went through that, let us run through an experiment in. Assume that there were survivors of Carthage after the third Punic war. Individuals that did not become enslaved by the Romans and continued to worship their god (i.e. Baal Hammon / Moloch). They would grow to detest anything related to the Romans. Think about what we know about Bohemian Grove, secret societies, Hollywood-linked cults, and even these Clinton emails and all the rest of the crazy stuff that we have been seeing. These people hate Christianity and Western civilization (a civilization that traces its roots to former Rome).

What if the elites of today are passing down the Carthaginian culture that seeks to wipe us all out…the final solution to achieving their vengeance on the Romans of old.

Let me know how big of a tin-foil theory this is and please discuss!

What if the elites of today are passing down the Carthaginian culture that seeks to wipe us all out…the final solution to achieving their vengeance on the Romans of old.

Welcome here. For what REAL purpose?

How are they benefited by pursuing a theoretical ancient grudge???

Think about what we know about Bohemian Grove, secret societies, Hollywood-linked cults, and even these Clinton emails and all the rest of the crazy stuff that we have been seeing. These people hate Christianity and Western civilization (a civilization that traces its roots to former Rome). 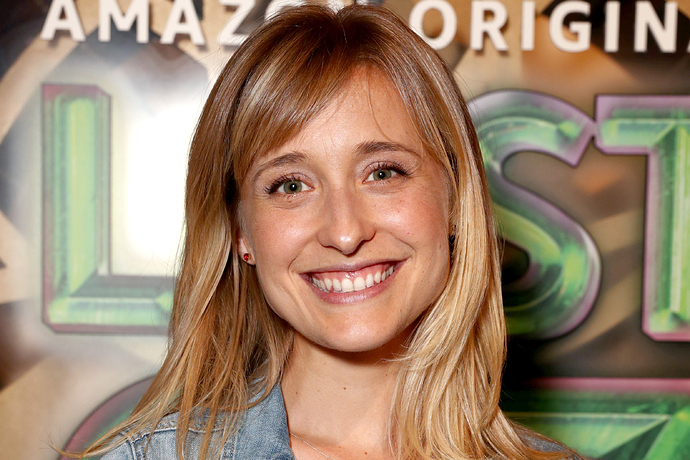 Mack was last seen chasing after the Nxivm cult's leader Keith Raniere as cops hauled him away from the villa in Mexico where they had been hiding out. 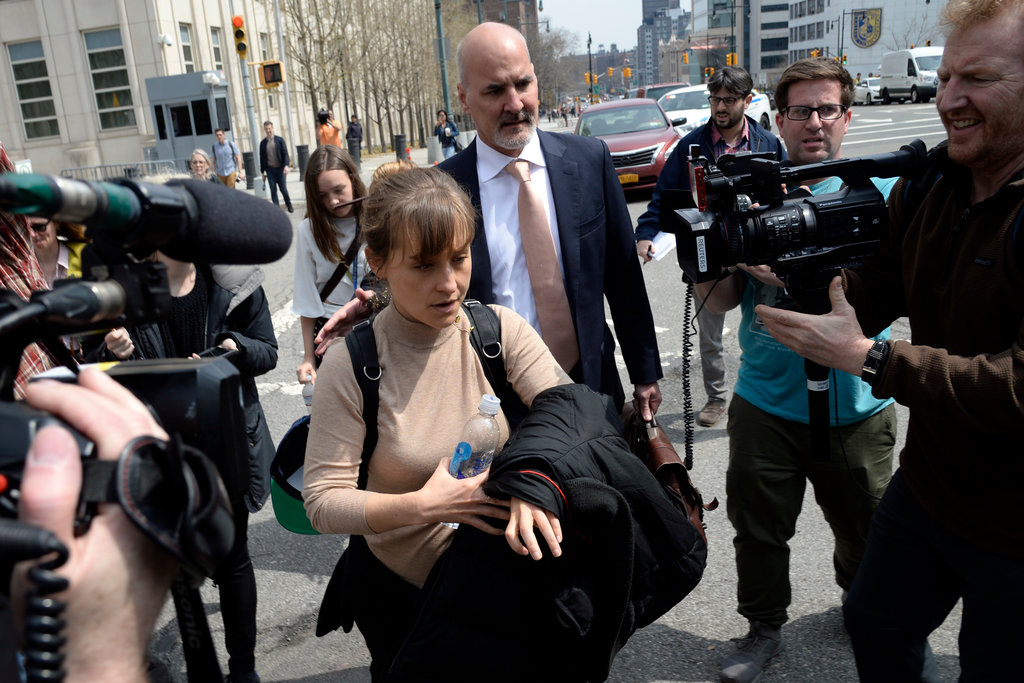 Allison Mack of ‘Smallville’ Pleads Guilty in Case of Nxivm ‘Sex Cult’ Where...

Ms. Mack wept as she took responsibility in federal court in Brooklyn for recruiting women into the Nxivm organization.

This same pedo-cult actress is also connected to Hillary Clinton, the Podestas, and that Spirit Cooking woman…all of whom have been involved in some bizarre occult behavior that has deep political linkages. The whole Spirit Cooking thing goes back to the Hillary Clinton campaign being linked to Comet Ping Pong Pizza, the Podestas, occultism, and pedophilia. Essentially the Spirit Cooking woman serves as the Master of Ceremonies for elitists in their worship of Moloch. It’s some wild shit but it’s linked to Bohemian Grove as well. 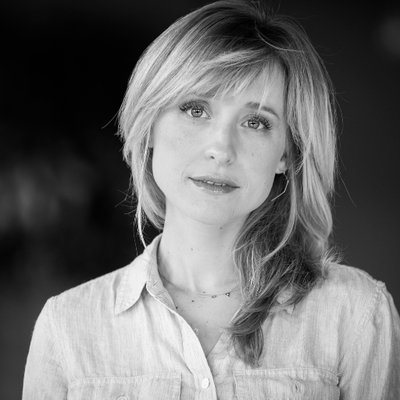 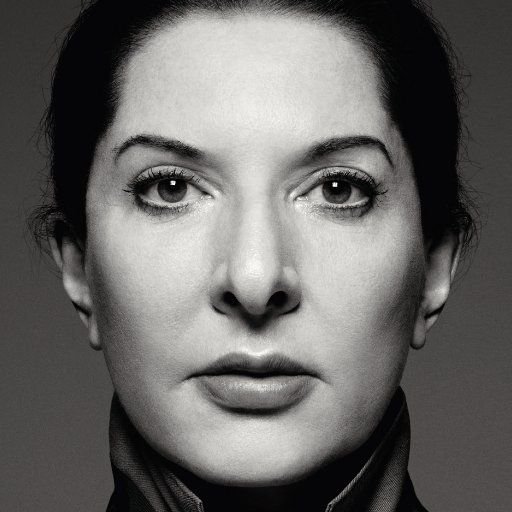 I remember all of it! That case and the sentence handed down to Mack was pretty suspicious to me!