Jesus was a rebel

So who was he rebelling against - not the Romans

Jesus was not a rebel. He was seen as a threat to the Romans during a time when there was considerable tension between what the Romans wanted to tax the ■■■■ and what the ■■■■ could afford to be taxed. Meaning, they were taxed to the point they could not feed their families and struggled just to survive. There was always fear on behalf of the Romans of an uprising as a result.

Jesus taught, “The LIFE, the TRUTH and the WAY” without discrimination. “You” are free to choose.

Jesus was a ■■■ and practiced the religion and respected it until the moment he drew his last breath. What he did not respect was the corruption of it.

I wonder, Magog. Could you be more in tune with the teachings of Jesus? Or would you more admire Jesus if he were more hateful and intolerant just like the Mohamud and the teachings of the Koran?

He was seen as a threat to the Romans during a time when there was considerable tension between what the Romans wanted to tax the ■■■■ and what the ■■■■ could afford to be taxed. 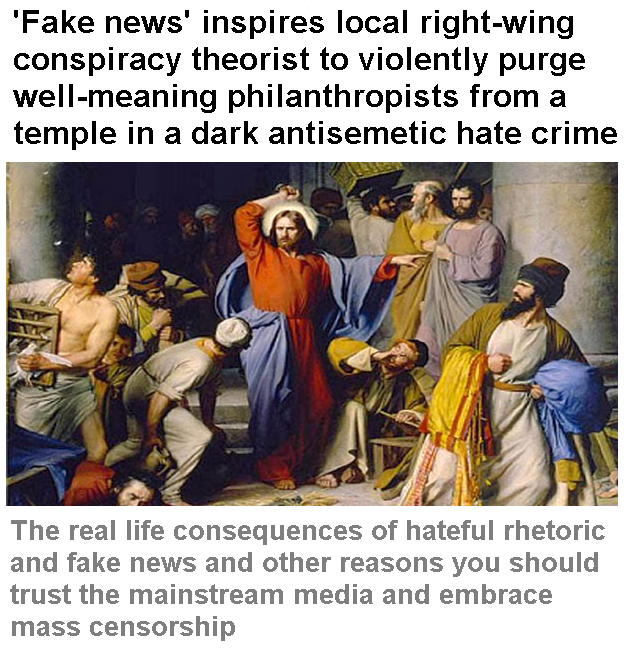 Brush up on your Bible studies and come back to me when you can quote chapter and verse.

24 So when Pilate saw that he prevailed nothing, but rather that a tumult was arising, he took water, and washed his hands before the multitude, saying, I am innocent of the blood of this righteous man; see ye [to it].

25 And all the people answered and said, His blood [be] on us, and on our children.

Who ordered the death of Jesus.

Pilate was innocent of nothing.

Yet, Pilate and Judas played critical roles, didn’t they?

You just acknowledged that you know very little about Christianity. Why don’t you try looking up the Sanhedrin Trial of Jesus.

Caiaphas was a ■■■■■■ high priest who was behind the plot to kill Jesus and was the leader of the Sanhedrin Trial. This was a sham trial over blasphemy. Pilate was present as a representative of the Roman government at the trial and found Jesus…NOT GUILTY. The ■■■■ on the Sanhedrin found him guilty. That’s why Pilot said…his blood is on your hands…and they responded “our hands and the hands of our children”

Now go tell your pastor that you need to attend more Bible study.

Who ordered the crucifixion of Jesus?

Now you make sense…you are a second coming accelerationist.

Also, the message of Jesus brought to you by God Himself transcends race and religious affiliation.

God is not at war with ■■■■■ Muslims or any other religion/color you can set forth. His is a battle for your soul against evil. Evil being defined as everything He stands against.

This is like debating with a toddler over a matter that has been studied and debated for thousands of years. Yet you try to deceive and shift things so the ■■■■ don’t get the blame according to the word of God.

The ■■■■ demanded Jesus be put to death with chants of “Crucify Him!” - Pilate repeatedly plead with the crowd proclaiming the innocence of Jesus, nonetheless the ■■■■ wanted Jesus dead and continued chanting “Crucify Him!” - Pilate famously “washed his hands of this” and declared the blood of Jesus to be on the hands of the ■■■■■ The rabid violent mob of ■■■■ agreed and willingly put the blood of Jesus on themselves and every generation of ■■■ that came after them. The ■■■■ orchestrated the death of Jesus and tortured him on his way to the cross. Pilate refused to condemn Jesus but carried out the will of the ■■■■ to prevent them from rioting.

I was going to start typing out the theory of Pilate as an instrument of God but didn’t want to be met with demands to answer questions in a binary manner for the purposes of fitting a recent and incorrect narrative.

God is not at war with ■■■■■ Muslims or any other religion/color you can set forth.

So you speak for God now too.

I never thought of it like that. I don’t think I can usher in the return through acceleration. I’m but a humble servant. I do think accelerating towards collapse is necessary and is aligned to Christian thinking and living. We need to Remove Kebab, send the Zionists back to Zion, and send the third worlders back to the third world.

We need to Remove Kebab,

When Jesus made his pilgrimage to Jerusalem for Passover he spent much of his time teaching.

It was the Pharisees who saw Jesus as a threat to their power, political standing with the Romans and their wealth.

Pilate did not want to crucify Jesus because Pilate was a stand up guy. More because Tiberius was accommodating to the ■■■■ and their religion. Pilate was walking a thin line as Prefect as he hated ■■■■ and Samaritans and his actions towards them and their religion was not taken well by Tiberius. It was Pilate’s wife who had a dream not to crucify Jesus that gave Pilate pause.

And yes, there were many ■■■■ that rallied to have Jesus crucified; however, his arrest was also done in the secret of the night and during the height of the Passover celebration. Many did not know the deed was done until it was over with which suggests he’d gained enough popularity that common knowledge of the event could have caused riots.

Regardless, both Judas and Pilate played a critical role in the death of Jesus. Jesus knew before he traveled to Jerusalem he would die there.

God is at war with evil. His door is open to anyone who accept Jesus as their Lord and Savior.

And that explains why they had him killed

He warned us about, but rather that OTHER group of fanatical followers of a certain Middle Eastern religion playing such a prominent role in world affairs these days.