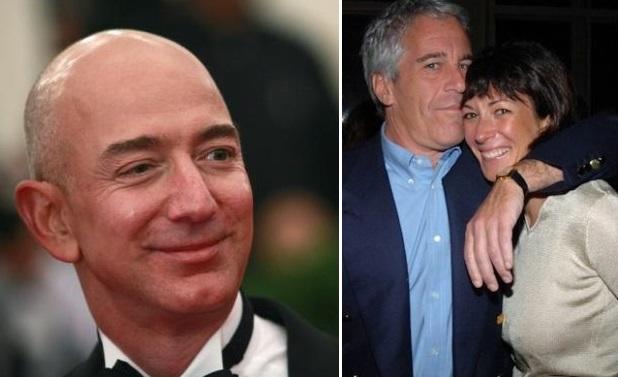 'The British socialite is alleged to have been instrumental in grooming young women into convicted pedophile Jeffrey Epstein's sex-trafficking ring.'

According to the report, it’s an “all-expenses-paid retreat courtesy of Bezos and Amazon that is completely off the record for attendees, who often bring their spouses and partners on the free trip.” It was started in 2009.

The secretive conclaves have had virtually no press coverage (aside from a 2014 New York Times article), and has "largely remained under the radar ," reports VICE - which notes that Maxwell’s attendance “further illustrates the connections that Epstein and Maxwell maintained to the wealthy elite.”

Here’s an even bigger secret. Epstein didn’t kill himself.

Is there anyone on this earth who, when Epstein was arrested, did not immediately think he was a dead man walking?

He was carting rich, famous, and powerful men to pedophile island for decades.

There is no way he was NOT going to be assassinated.

As to the OP - yeah of course she was there with Bezos. She was greasing the skids.

I’d say at this point… it’s more of a “conspiracy theory” to believe that Epstein actually killed himself.

Epstein probably hung himself after he was dead.