What Happened: The Japan Self-Defense Forces (SDF) will dispatch ships and aircraft to the eastern Bab el-Mandeb strait, the Gulf of Oman and the northern Arabian Sea for an investigation and research mission, according to Japanese Chief Cabinet Secretary Yoshihide Suga, The Japan Times reported Oct. 18. Tokyo has not yet confirmed a date for the deployment and added that the regional security situation doesn’t require escorts of Japanese oil tankers. Suga also said that Japan wouldn’t be joining the U.S.-led coalition in the region, but would cooperate with Washington.

Why It Matters: Although Japan’s deployment intends to augment U.S. efforts to protect commercial shipping in the region, Tokyo has drawn a sharp line against formal participation in the U.S. coalition. The mission will still, however, be controversial in Japan due to recent scandals surrounding SDF deployments in South Sudan and elsewhere.

Background: Japan has long been under pressure from the Trump administration to contribute to U.S. efforts in the Persian Gulf to deter Iran, but has been hesitant to do so.

If it helps Trump to get US troops and Navy ships out of the Middle East, by all means.

Background: Japan has long been under pressure from the Trump administration to contribute to U.S. efforts in the Persian Gulf to deter Iran, but has been hesitant to do so.

I have to wonder. Is our umbrella so large that other countries have become complacent?

Because we provide for their defense. After WWII they were not allowed to have a formal military. None the less they’ve built a military anyway, primarily at our expense, and Trump wants them to contribute.

No. These countries have had no choice.
They became virtual (or actual) colonies.

Wouldn’t you defend your colonies if you had them?

I don’t know about the sex-startved part, but this article is otherwise pretty accurate. 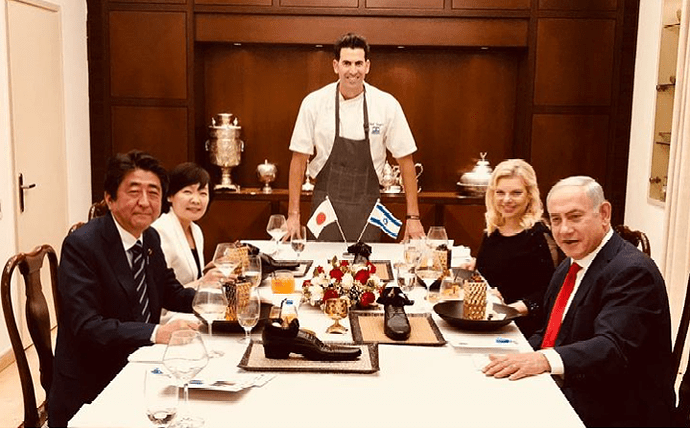 Japanese Are a Sad, Aging, Sex-Starved People Thanks to US-Mandated Feminism,...

The most recurring story Westerners get about Japan is that their society is old and dying. The latest polling data shows that 40% of Japanese Millennials are virgins. Every year fewer couples get married and fewer babies are born than the last year....

About this photo.
Bibi served the dessert in a shoe (whatever the material is) for the Japanese Prime Minister to eat, which he did.
What does it mean? 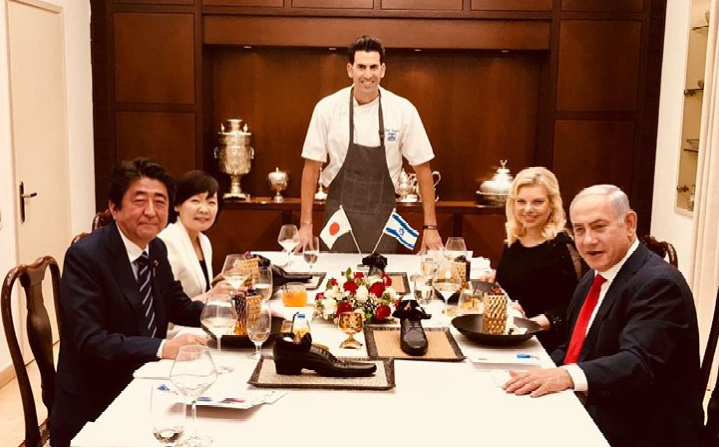 Yes, Japan needs to provide security for the oil they are dependent upon coming from the ME.

Doesn’t mean anything! Israel is allowed to negotiate with other countries to better their economic prosperity! Same with any other country, not everything is a anti ■■■■■■ conspiracy theory!

Yeah because you are always present in the room when such conversations take place! Carry on with your delusional alternate realities!

Oh yeah, there are always shabbos boys who see to it that the goyim obey.

Yeah pivot again! The irony is that your probably a shabbi goyim yourself!