'It's over': Under-Fire Macron Vows Crackdown on Yellow Vest Protests 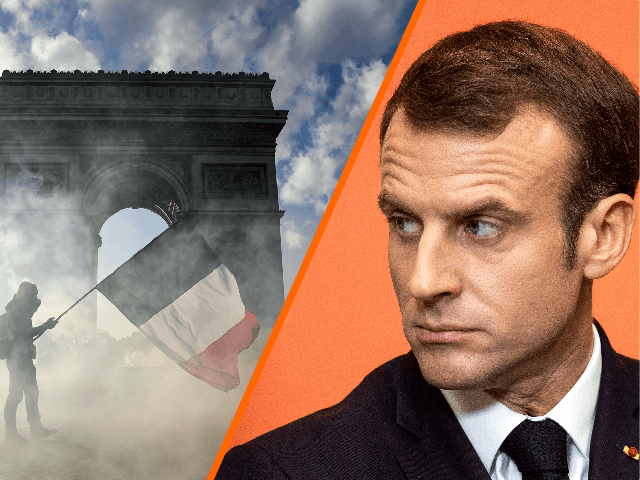 'It's over': Under-Fire Macron Vows Crackdown on Yellow Vest Protests

Macron has declared that Yellow Vest protests against his globalist regime are “over”, as he vowed a crackdown on future demonstrations.

1500 Anarchists/Antifa get out on the street, cause mayhem, and then all of a sudden Macron has the justification needed to ban all protests thanks to the violence of people who aren’t involved in the Gilet Jaunes movement.

Cast your mind back to the start of the Acts, and Antifa were on the street attacking the Gilets until whoever was handling them realized the appalling optics. Now it appears the leash has been taken off, with very specific instructions given. Yet again, the hard left is used as a hammer for the globalists. Idiots!

Where’s the guillotine? Off with his head!

I’m sure when they start opening fire it will totally calm the whole situation down, surely won’t result in more wide spread rioting and the rolling out of the guillotine…

While Antifa may have infiltrated the movement, I don’t think the REAL movement has any signs of slowing down or stopping.

Watch as this Paris cop walks up and maces a guy because he has a yellow scooter! Macron is going to get civil war for sure. This is why you can’t let government take away your right to arm yourself. Globalists are taking over and opening the borders.

Now that’s funny. Antifa and Anarchists are nothing but tools for states to use to push their authoritarianism.

A rocket scientist this guy is not. All he is doing is adding fuel to their fire. 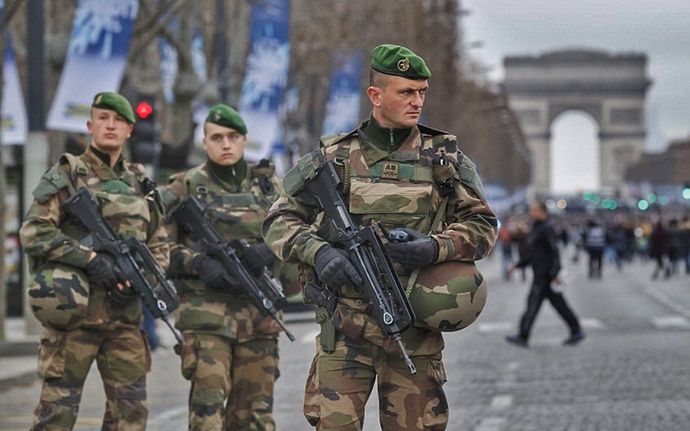 Macron calls out the army to combat latest 'yellow vest' protests | The New...

Police fired tear gas at demonstrators in Paris and clashes broke out in other French cities on the 19 consecutive weekend of "yellow vest" protests Across France, 40,500 people have demonstrated against the government of Emmanuel Macron - the 19th...

If the Yellow Jackets are what they appear they need to shut down deliveries to the cities.

JIT will get the message across in 2-5 days.

One example of an idiot cop, hardly proves your point. There are tons of idiots out there, i could use to prove any point I wanted.