President Trump is now OFFICIALLY the Angela Merkel of the United States. What a stunning disappointment.

Ahead of the 2020 presidential election, President Trump is abandoning his prior “America First” legal immigration reforms to support increases of legal immigration levels in order to expand profits for businesses and corporations.

For the fourth time in about a month, Trump suggested increasing legal immigration levels. With Apple CEO Tim Cook sitting next to him at the White House on Wednesday, Trump said he not only wanted more legal immigration but that companies needed an expansion of new arrivals to grow their business. 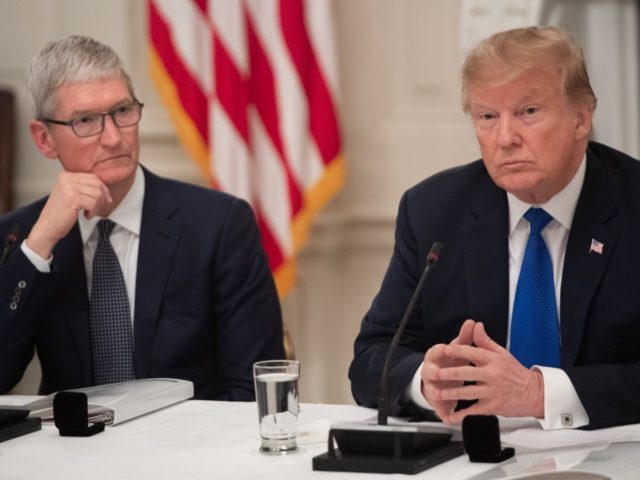 Ahead of the 2020 presidential election, President Trump is abandoning his prior "America First" legal immigration reforms.

Funny. Let me suggest you stop believing what he puts out there in public. Such things that he actually believes are used against him even by liberal activist judges. He made his campaign promises. If he can’t or won’t deliver, you won’t know till he’s gone.

“We need more workers to grow the economy” is a devil’s bargain if there ever was one.

What’s the end game of Globohomo’s insatiable need for low wage workers and low brow consumers? 1 billion invaders in America? 2 billion? 5 billion? When does the economy stop needing imported workers? And when the economy stops growing, do these billions go back home?

I’m good to trust the plan but damn I need to get some kind of reassurance that there still is a plan.

You don’t need to trust anything. Trump might deliver. He might not. We won’t know till it happens or he is gone.

I don’t know how Trump is going to balance the increase in “legal immigration” with images of and real life examples of too many illegal immigrants still crossing the border…is this an impossible task?

That is a good question, but I am suspecting with this announcement that this is nothing more than a Machiavellian strategy aimed at his immigration detractors, something he will use in the upcoming 2020 presidential debates as being “well we are not against legal immigration” talking point.

Have you folks not learned anything about Trump yet? Right now, he’s stressing this in the lead up to the 2020 elections. He wants to be on record as being FOR immigration because the dip shits on the left can’t distinguish the difference between ILLEGAL and LEGAL immigration. They call him a racist because he wants the border controlled. This takes it off of the table for the rational human being. Watch his statements during the next debates. Some idiot will indirectly call him a racist because he wants to stop immigration. They’ll suggest he’s a White Nationalist. He’ll throw this right back in their face. Why is this his strategy? He can’t make it happen and has no intention of making it happen. Congress has been bitching about immigration reform for decades and has done nothing. He’s quite simply setting up the debate. He’s throwing himself softballs. Just my opinion of course but even IF we increase LEGAL immigration rates… so what? If we take immigrants based on merit and stop the lottery (did you watch his CPAC speech?) immigration nonsense, it will benefit us because it will bring inventions, cash and talent to this nation. In case anyone missed it, that’s what built this nation.

The guy is facing RHINOs and a democrat party gone wild.

That is what I just said in a previous post! Totally agree!

You don’t need to trust anything. Trump might deliver. He might not. We won’t know till it happens or he is gone.

I never expected much from him on this issue, better than Hillary was all I was expecting and I don’t think he can screw that one up.

A post was merged into an existing topic: US House Passes Anti-Hate Resolution After Lawmaker Criticizes AIPAC’s Influence

He wants to be on record as being FOR immigration because the dip shits on the left can’t distinguish the difference between ILLEGAL and LEGAL immigration.

I agree. There is quite a difference between legal and illegal immigration. The left finds it advantageous to meld the two.

The left also conflates criticism of fake news with opposition to freedom of the press.

Anything that generates or perpetuates the description of a victim class and sets Trump as the enemy of it will work for the libs.