I just love it when a self righteous Hollywood faker is told to go pound sand. Richard Gere should stick to pretending to be someone else…which is about all he knows how to do well.

What makes these fake people think that just because they succeed in the movies that we really want to know what their political views are?

He Robert DeNiro need to get a room somewhere.

Italy's Salvini tells Pope Gere to take the migrants back in his private...

Richard Gere, the world’s most boring actor, took his leftist nonsense to Italy, visiting a migrant humanitarian ship off the coast of Italy for a photo-op. There are 160 ‘stranded’ migrants on the ship, and they have been blocked from entering...

Italy’s Deputy Prime Minister Matteo Salvini said, “As the generous millionaire airs his demands about the fate of the Open Arms immigrants, we thank him: he will be able to bring everyone in his private jet to Hollywood and keep them in his villas.”

The pretentious hypocrite could not even be bothered with US illegal immigration issues…he has to jet off to Italy to show how wonderful he is and how he will get his next romantic conquest out of his or her clothes.

I thought Gere was a Buddhist? If he is he should listen to is leader the Dalai Lama. 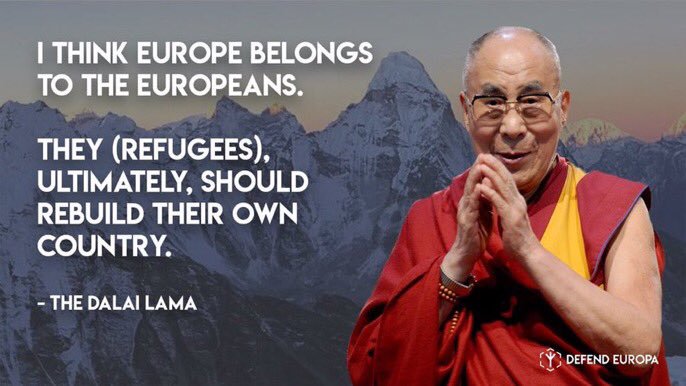 President Trump should offer him a job!!! Imagine the the heartburn the Liberal media would have!!!
Amazing how Hollywood celebrities ignore helping U.S. citizens!!! It’s always a feel good photo op. He could hire a a C 5 A to bring them to his home.

We need a “sponsor an immigrant program”.

Medical, dental, legal, education all paid for by the sponsor. Personally.

Now grab your lawn chair and listen for what? Crickets.

quote alvini said, “As the generous millionaire airs his demands about the fate of the Open Arms immigrants, we thank him: he will be able to bring everyone in his private jet to Hollywood and keep them in his villas.” unquote

Now there’s an offer that Gere won’t refuse? Yeah right! What is it with luvvies and females that they’re all loony liberals? Germaine Greer once invited a group of female upstarts (of something or other but I can’t remember what) to stay with her as guests, and after a few weeks the household became so chaotic and anarchic she had to have them all chucked out. Sucker!!

Most of the Hollywood elitists are all mouth and no action. They spout off a list of their opinions regarding what they consider our duty as citizens but they would not think of doing such things on their own.

It is as if an acting career gives one the right to dictate the behavior of the fans.

I’ve said it many times before. Great actors/actresses are exceptionally good at one thing…pretending to be someone else.

Generally, they act out parts that were written by someone else, directed by someone else, supported by other cast members in productions that require the efforts of hundreds of specialists.

Most of them let stardom swell their ego to the point of ridiculousness. They are no better than Joe, the Plumber.

Or Bob the Builder?