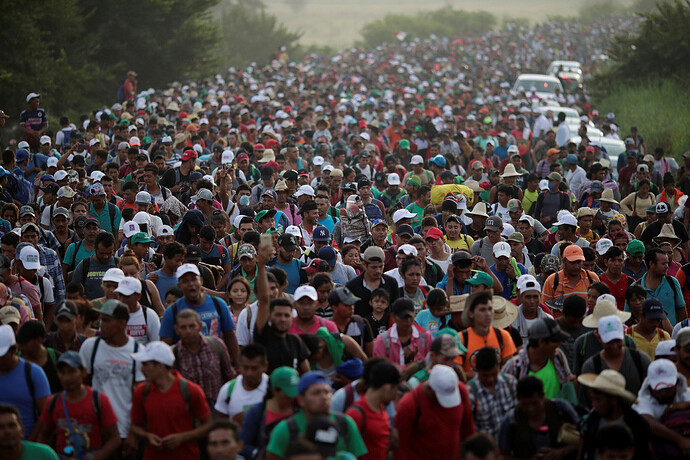 This should come as a shock to no one. Illegals are once again heading to our southern border in droves as they know if Biden manages to steal the election - they will be given a free ride and all the handouts that the American taxpayer will be forced to provide to them.

Migrants, and more important, the people who traffic and profit from migrants, are like the stock market: They’re forward-looking. They make decisions now based on what they see coming down the pike.

So surprise, surprise, the media’s crowning of Joe Biden president, along with many world leaders congratulating him and conducting their affairs of state with him, even as legal challenges are going on, has sent a message to Central America’s gangs and Mexico’s cartels, who control migrant smuggling routes to the U.S. It’s time to profit. It’s time to go. A new border surge has begun, in anticipation of a Biden open-borders presidency, which comes just as Democrat-run states and Biden himself are prescribing new COVID lockdowns. 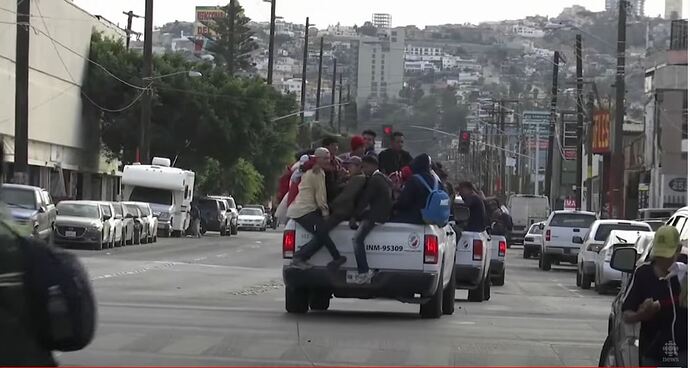 It begins: The Biden border surge, and too bad about the COVID lockdowns

Migrants, and more important, the people who traffic and profit from migrants, are like the stock market: They're forward-looking. They make decisions now based on what they see coming down the pike. So surprise, surprise, the media's...

Their plan is to pick up right where Obama left off. Flooding the country with third world trash and calling us all racist for speaking out against it.

Great. Just what this country needs. More illegal third-world scabs flooding into our once great country to bleed us dry.

Diversity is our greatest strength. It’s why we have to take in third worlders who added absolutely nothing of value to their own shithole countries. It makes us stronger.

America was effectively destroyed under the Obama administration. What we are witnessing now is the collapse.

The better news is that because they are leaving that makes their countries cheaper options for retirement! I kid you not. Americans are going to places on the beach in Mexico, Ecuador, and other off the beaten path and retiring comfortably. Ever been to Belize, Panama? Gorgeous countries. Real estate is a good investment if you know where to look.

This is peak boomerism. Yes - lets fucking wreck our country so we can leave it and move to their shithole because they are all here.

I am with you on that, but if Biden succeeds and tears down the Wall that Trump built, the country is finished! This latest development is the Cloward Priven Strategy! To overwhelm the system until it collapses. Trump is the country’s last hope to turn this tide back! America will be a third world socialist state if Biden and his globalist cocksuckers are allowed to get away with stealing this election!

I think we need to come to grips with the fact that as Americans we are responsible at this point for safeguarding and defending our own country. The government is clearly acting against us. We The People are bigger than them.

Come one, come all. the borders will soon b open for entry should Biden take control.

As long as they are social distancing and wearing face diapers everything should be great, yeah?

Yes , our country is built on diversity. Here in Eastern Pa, alot of EASTERN EUROPEAN PEOPLE came here and worked hard under dangerous conditions and ruthless mine owners.They didn’t want HANDOUTS only the chance to have better life. How Chinese came here and worked to build the railroad.
Thosands of Middle Eastern people brought skills as doctors etc and didn’t ask to ne considered an ENTITLED CLASS.
The illegals SMPATHIZERS want them to flood the country as CHEAP labor in agriculture and food processing industries.
They feel that us taxpayers that pay the freight owe them FREE HEALTHCARE, EDUCATION, FOOD STAMPS etc. even though they’re here ILLEGALLY .in case you don’t know that means without the LEGAL paperwork needed which slaps all those immigrants that came hete before them in the face.
SchmoeBiden willnallow them to flood the country like a tsunami . If it weren’t for those traitorous Appellate Court judhes, they would’ve put on planes back to their countries.