Note how the traitorous bitch uses the death of her sprogs to garner sympathy? It’ll probably work too; in fact I’m surprised she’s not back here already and drawing social welfare payments - that’s what she really misses. It’s a pity she wasn’t killed out there. 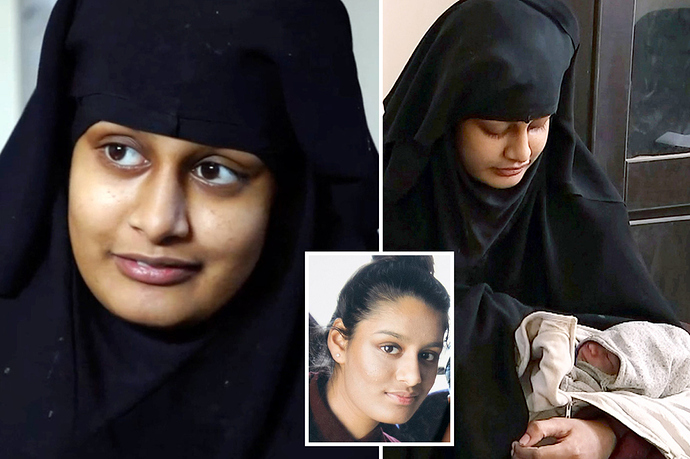 ISIS bride Shamima Begum has claimed that all she did while living in the so-called caliphate was “make babies” – and again expressed hope that she will be allowed to return home.…

She has had three children all of whom died. Is there some connection with her parenting skills?

To lose one might be considered a misfortune, but to lose three sounds like carelessness to me!!??

When you cohabitate with terrorists in a war zone fetal death rates are rather high and it’s completely your own choice.

Screw her, let her rot until a missile or JDAM finds her ass.

What about the rapes and deaths of other children that her fellow ISIS terrorists caused? So, the trigger was the death of her own babies?

This appears like a sympathy-gaining attempt to leach of the welfare system. I mean that poor terrorist mother lost her babies while her compatriots were raping, enslaving and killing other children in addition to captured women. Sigh!