Is the US headed for a Civil War?

According to Donny Deutsch (who BTW is a complete jackass but that is only my opinion) a Civil war is inevitable. I tend to agree due to the way things are headed within our current political climate .

“> When one political side refuses to accept the legitimacy of an election, when they seek to Gerrymander the population by illegal immigration (of socialists), when they use Federal “color of authority”, e.g. FBI/CIA/NSA/DHS/IRS to prosecute their political enemies, and of course, when they raise armies of black masked and dressed irregulars to fight their political enemies in the streets, places of businesses, and at people’s homes, THAT IS civil war.”

Who do you think will start it? Do you think we are already in a Civil that is destined to turn violent? Aside from the silly video here I posted as I only wanted to illustrate the narrative that is being pushed, the real microcosmic perspective in all of this, is what is happening within the house of representatives and the two parties reaching a boiling point of becoming unraveled to forget civil discourse. The Link is below. 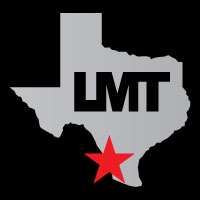 Shouting, near fisticuffs, emotions high: Today's Washington could get worse

WASHINGTON - One political rule of life is never ask a question unless you really want to know the answer. Example: It cannot possibly get worse in Washington, can it? By early Thursday afternoon, President Donald Trump and House Speaker Nancy...

We’ve already witnessed Democratic politicians in high places calling for “No peace” to anyone who supports our president. We also saw a lack of real concern on the left at large when the GOP softball game got shot up and people on our side were almost killed and hurt badly.

I think the mindset of Liberals at large has not been challenged adequately by the rest of us. We will keep doing what we are doing, supporting the POTUS and being unafraid. That will eventually send some Left wingnut over the edge. I wouldn’t be surprised if something happened on the senate floor soon. Some newly elected fucktard is going to hurt someone or entice someone else to.

IF and when that happens, all hell will break loose because we will call for the dissolution of Democratic National party and retake the house. The snowflakes will be livid, reckless and stupid…the ‘civil war’ will last about 3 weeks. As far as I’m concerned we can build the wall with their petrified corpses if that’s the way they want to play it.

I don’t believe it will become a shooting civil war as the country is still quiet conservative in fly over country. Many of us are ex-military and hunters who work for a living and don’t pay much attention to the leftist protesters unless it involves us personally. Just under the surface are a lot of patriots that wouldn’t hesitate to grab their weapon and protect themselves or others in their community. Remember the Bundy cattle dispute in 2014. The feds thought they had everything under control when they looked up in the hills and saw mounted riders with pennants representing different branches of the military carrying high powered rifles. The media doesn’t like to report the facts around the issue but I watched and kept up with it. The feds realized it could become a bloodbath with the blood being their own. Things cooled down quickly as the feds belligerence disappeared.

I live a bit out in the country. Many afternoons I hear the sound of high powered handguns and rifles being practiced with. At least once a week, I hear a 50 cal. rifle getting a workout. I have no interest in hunting or weapons for that matter – but I have several pistols, a high powered rifle and a 12 ga pump, short barrel riot gun. The redhead and I both have our concealed carry as well as both my children. We are peace loving Americans. That being said, someone would be making a huge mistake to screw with my family – and that is also the story of millions of other Americans.

Donny Deutsch is a moron, but he may not be far off on this one

The divide between the left and right has become so personal now that activist groups have been formed and you can see alliances being formed to fight the other.

Bill clinton started it , Obama Continued it and Trump gets the blame for it.

The only thing stopping it now is apathy.

The polarization is there for a civil war. Much more than any time in my life.
I don’t think there will be one because the leftists are basically physical cowards.
Look at the language they use even on this board.
They are constantly talking “fear”.
Examples
‘The right fears a strong woman.’
‘Conservatives are scared to death of fill in the blank- Hillary, the idiot Cortez, Beto…’

They don’t talk in terms of disagreeing, it’s always in being afraid.
That’s because that’s exactly their mentality.

There seems to be plenty of libs advocating a civil war to eradicate racist bigots that permeate the country side…little do they know they’re at extreme disadvantage considering what can be done to their stronghold/enclaves.

They will end up cannibalizing themselves.

The only thing stopping it now is apathy.

Is there a german word that combines complete apathy with complete outrage?

There seems to be plenty of libs advocating a civil war

I think the majority of those advocating for that are shills pushing a narrative. The actual leftist who are advocating for civil war aren’t very smart. They expect big government to be on the business end of things for them. They are armchair militants - pudgy soyboys and undesirable cat ladies. They aren’t going to do anything if the shit actually hit the fan. That’s why I hope it ultimately comes to that point. It will be our chance to finally fix this country for good.

Apathy combined with knowing they have been quite successful implementing their agenda through the courts even when they couldn’t through the electoral/legislative process.

The problem today is that their leaders have been preaching hate and lies for so long and have almost complete control of the public schools our “young people” are almost as accepting and in favor of violence in the streets to further political goals as their grandparents were in the late sixties to mid seventies.

Fortunately we have most of the guns.

Fear, Racism, Sexism, Genderism yada, yada. If you don’t agree with their agenda you’re just downright evil and dangerous and must be silenced.

There seems to be plenty of libs advocating a civil war

I think the majority of those advocating for that are shills pushing a narrative. The actual leftist who are advocating for civil war aren’t very smart. They expect big government to be on the business end of things for them. They are armchair militants - pudgy soyboys and undesirable cat ladies. They aren’t going to do anything if the shit actually hit the fan. That’s why I hope it ultimately comes to that point. It will be our chance to finally fix this country for good.

I think we’ll see serious movements to secede by some conservative states, if and when a real wild eyed lib gets in the WH. Cortez would do it for me. That’s the way civil war happened in 1861. History tends to repeat.

Also factor in most of those “racist bigots” are also heavily armed. No wonder they keep trying to ban guns, eh?

And that is the most likely catalyst for civil war, if libs ever get the vote to ban guns. But by the time that happen, they will likely have already turned most states blue with millions of imported voters.

While I am not sure I agree with everything this video is laying out, it does have some salient points to make!

If we have a civil war, it will be brought on intentionally by the left. There are many lefties who believe that social change will only be built on dead bodies, ashes, and deprivation. With every outrage they incite, they hope to convince more and more people to believe that their political opponents have made life unbearable… so unbearable that a revolution is required to set things right.

They have a maxim,

The worse, the better

coined by a socialist hero of theirs, Nikolay Gavrilovich Chernyshevsky. It means that as people perceive that their lives are becoming worse - real or imagined - the likelihood that those people will revolt and do such things that may start a civil war will be better.

So when there are no real problems, libs will create problems, even to the extent of carrying out false flag operations to give the appearance that they are.threatened by the political opposition.
.

He makes some good points but also many false premises.

Today the divisions are not between the states, but among the states and between individuals and the gov’t.

While the result of a real civil war would be the splitting up of the US as it is today there would be mass migrations from the new republics to none another as leftists would seek leftist enclaves while centrists and conservatives would create and move to the republics that celebrate the founding ideals of liberty and freedom and carefully protect them in their new constitutions.

You would also almost certainly see enclaves forming based on race within particularly the leftist republics since in the modern era everything is about Identity rather than Individuality and they have been fomenting racial division for over fifty years.

State loyalty and identity simply doesn’t exist in this country the way it did in 1861. People in that era were loyal first and foremost to their individual states and only secondarily and rather loosely to the US as a whole.

Our national identity as it exists today came as a result of two world wars and the Great Depression as each of them in turn were true national crises , problems so huge that they simply could not be solved at the local or state level and which then pulled the country together in favor of a strong, centralized national gov’t that could protect them from all harms.

Which side, political left or right created the terms and attempts to capitalize on each of them?

It makes me wonder how many of these mass shootings are part of what you describe as “false flag” operations. Most of these nutjobs who commit this horrible deeds ends up dead!