America was the perfect test for small government and it failed. We had a Constitution that was quite restrictive. The federal government had 18 powers. Now the Constitution can be interpreted to mean anything you want.

We can argue when it stopped and who is to blame, but I believe most people will agree that it is no longer small.

Do you think keeping a government small is possible or will it inevitably end up a large government? 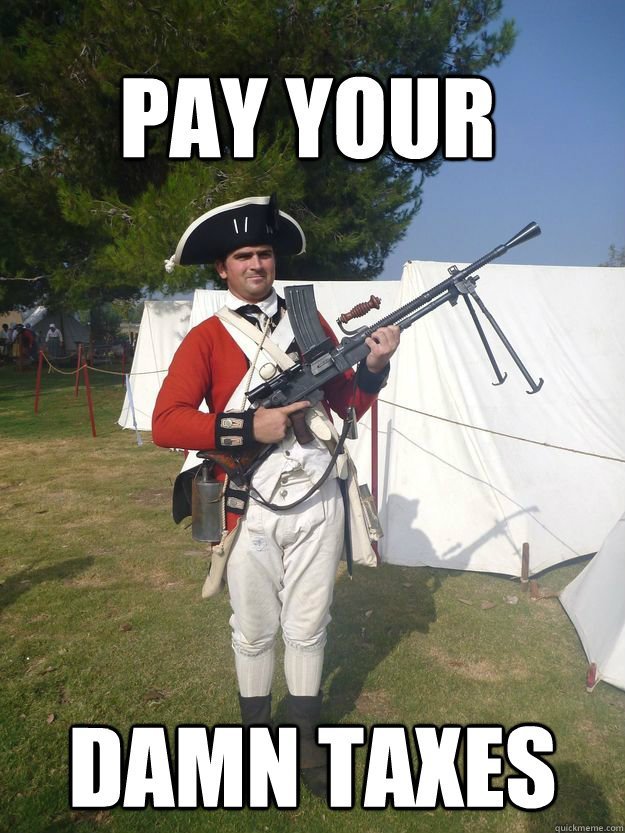 Now the Constitution can be interpreted to mean anything you want

As long as the federal elites are given the powers to vote themselves more powers, government will always expand. It’s a self-perpetuating entity at this point.

I don’t know if small government is a salvageable theory at this point, too much (and I am sure intentionally) of our infrastructure is tied through the government. If we were to slowly untie the knots, maybe a few decades from now, (assuming we had elected officials committed to this) then we as a country could start paring it down to size.

Personally, I think that a small government is something that we need to strive for again. I firmly believe that the United States is the single greatest social experiment every conducted. And I will take that very thought to my grave. The constitution, in my opinion, was the single greatest governmental doctrine ever written and with it lays many fail safes. The true key to freedom, as it stands today, is simply personal responsibility. Obviously, over an internet forum this question would be fruitless but I shall ask it anyway. How many of us here can actually name our local legislatures? How many of us can name our elected representatives in congress? Small government is possible, but only after the citizenry accepts the responsibility of even remembering elections as well as keeping the local government in check.

Even if we were to untie infrastructure and all that nothing would keep it small. We may be able to have a small government for a few years but it will always grow. This is the problem with governments and politics. People want to do more and more things with other people’s money. If they were forced to pay for those things through voluntary means less things would get done by the government.

Had we never expended beyond the 13 original states that ratified the Constitution, or if we had just expanded a little maybe say add 5 more states, yes small government would have worked. The problem is we continually expanded to the point where we are more federalist now than we were 75-100 years ago.

At this point, unless an extraordinary amount of power was transferred back to the states, and began to government operate within the constraints of the Constitution, then I don’t believe it can truly work considering our current scale.

People want to do more and more things with other people’s money. If they were forced to pay for those things through voluntary means less things would get done by the government.

That is an interesting thought, one in which leads more to looking through a historical lens. What is missing in terms of infrastructure spending is the private sector and the civic pride that philanthropy used to produce. Particularly in the Victorian age where citizens were part of having civic pride in the neighbourhoods they lived in, the institutions they supported etc. Looking at today’s dystopian landscape in US cities where trash and dilapidated buildings is a common eyesore in many bankrupt cities really begs the larger question as to what happened to civic pride for the communities people live in? It is still visible in certain small towns, and even some cities, but with the Post Modernist Paradigm has eroded that mind set to which we now get more frequent in accepting the dystopian image of a America in disrepair!

Maybe it’s why Hollywood and MSM are so obsessed in delivering such themes? 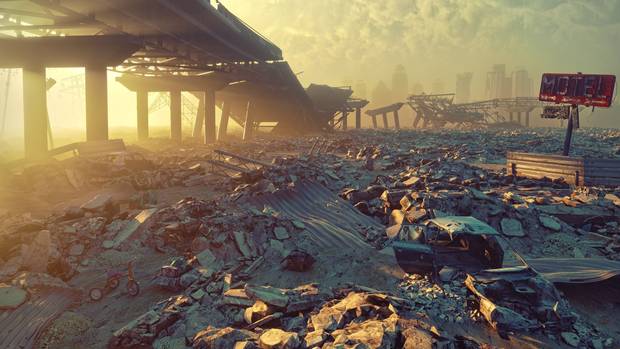 Do you think keeping a government small is possible

If the banking fraud is exposed, yes.
Andrew Jackson: I killed the bank.

Big banks and mass media are inseparable (Same owners) and keep the people dombed down, so that they won’t care what Constitution says.

The beginning of the end wasn’t as some assume, the push by Hamilton for a national bank, although that has proved to be a monumental disaster… No, it was the 17th amendment that removed states interests from the national agenda. Of course as we can see now… the need to destroy borders and consolidate power has been a globalist desire for a long, long time…

It is a fallacy to believe in small government.

Or large government for that matter.

We need a class in gratitude because I have never seen a people with so much complain about such small problems.

It is actually kind of pathetic.

So let me get this straight. You are saying that people who want smaller government have no gratitude? That’s just very short-sighted. Smaller government means a leaner and more effective government. Would you hire more employees in a business for the sake of making the business bigger? Because that’s exactly what the government does. Also, you mention the EPA as a successful “need to have” agency? Maybe if they actually did their job. Instead, their track record of ignoring massive environmental damages and the negative health effects from major events such as 9/11, the Exxon and Gulf oil spills and even Fukushima, is without question an abject failure. Instead of investigating and warning of real dangers, they have gone after farmers for dubious claims of water contamination. Just a few years ago they locked up an old veteran for creating a lake on his property that was permitted and approved by his local municipality! The EPA is a disaster.

A smaller government will be forced on us someday when we can’t pay off our national debt. Social security reform and pension reform will happen very painfully. So will population control, because there will be carnage.

I just hope chop suey and chow mein won’t be forced on us, I hate that stuff.

@sirkokonfaes I appreciate your point of view.

Not necessarily. it also means a government that is limited in what it can do.

During bad times Government cuts taxes and expands rapidly, employing people who lost their jobs because the private sector is cutting back, Government spends on projects, doesn’t even matter what they are, this spending puts money in the hands of people who need necessities and will spend this money directly into the economy which will produce consumption, demand , and JOBS.

Then when the economy returns to normalcy Government shrinks again to step #1 above and the cycle repeats.

We are very good at the expanding and spending part but we are terrible at the shrinking part.

I am also a big supporter of a strong central bank and using all levers of monetary and tax policy to modulate the economy and direct spending where it will do the most good as opposed to just letting markets operate freely.

In these ways we can reduce the wild swings in cycles so that down times are shorter and not as deep and up times last longer and when we do come down it is softer.

Our mistake is blaming the model for our failure when we are not following it to begin with.

To clarify smaller government may be good sometimes as long as we realize what we have here. If we don’t need much from our government then small is good.

But we need to realize with limited size by definition comes limited ability. It’s not necessarily bad but it is all relative.

Just as a thought experiment, this is exactly why we need more than one country. The US is too big. I think even having two would be a big improvement. Personally, I would love to see more than that.

It could most definitively be better than this, but if we at least divided into two countries, then each country would have access to an ocean and to inland states. Alaska and Hawaii would cause problems though.

Sad to say, but some minorities (I prefer not to specify) are incompatible with certain aspects of modern society.
The Japanese car makers in their hay day built plants in the US in the middle of farming communities, away from big cities in order to avoid them, and they were successful.

Give them a country of their own. See what happens:
Whether the same fate will await as former Rhodesia and South Africa. Two shithole countries now.

No questions asked or answered. Have I made myself clear? Do you understand?
‘ The farmer nodded politely and went about his farm chores.
Half an hour later, the farmer heard loud screams and saw the Agriculture Rep running for the fence and close behind was the farmer’s huge-horned prize bull.
The bull was gaining on the Agriculture Rep with every step.
The Rep was clearly terrified, so the farmer immediately threw down his tools, ran to the fence and shouted out:
‘Your badge! Your badge! Show him your badge!’

Not good to get me started on South Africa, but it’s too late. Since the genius of black rule, it has become a slaughterhouse for white farmers. White farmers & their families murdered. Farms abandoned & floundering. Farms in the hands of people who have no idea about the logistics of farming. I guess this was the plan when black rule took over. Kill the people who feed our country. Heading back to the good old days of Hunter - Gathering. Roaming the Savannahs & catching & eating bugs.

There were 2.5 million people spread across thirteen colonies in a fraction of the land mass that constitutes the US today. How exactly were we to grow to today’s size while retaining the government of 1776??? The op is moot.

It’s an outdated model and it’s proven to be a flawed practice in today’s economics!