We are seeing an admission here from the establishment Left here that things that were supposed to be, aren’t actually all that great… 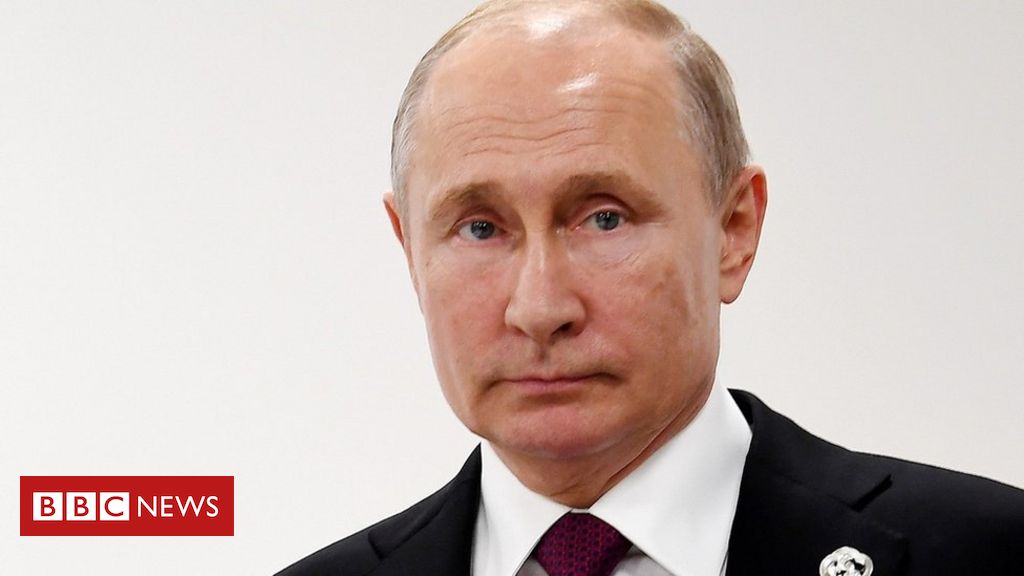 Russia's president says liberal ideas are opposed by "the overwhelming majority" - but is he right?

This will be a nonsense issue since libs are not really liberal. So called “progressive liberals” simply hijacked the word “liberal” but are the antithesis of classical liberalism. Putin was using the language of the day, in which “liberalism” is really this corrupted and dishonest thing, “progressive liberalism”. And he is partly correct. Progressive Liberalism has existed now long enough that we can see what fruits it produces… rotten, disgusting, deadly, worm filled fruits. Just look at San Francisco for a perfect example.

But progressive liberalism is not dead. It is like an ancient disease that will go dormant when the light shines on it. But it is not dead. We must remain vigilant in outing it whenever we see it infecting our society.

Even if we beat it in out lifetimes, this disease will awaken again 100 years from now, 1000 years from now. Whenever man hates the very nature that made him, this thing will declare that it is the superior nature, the better God than the one that created us. And it will attempt to remake humanity in its own perverted and self destructive image.

See, the thing is Whites on the ground i.e. working-class, whether their Swedish, Greek, Czech or anything else, basically just WANT TO BE LEFT ALONE. Government in fact doesn’t like that. The system tries to push the ideas that: 1.) whatever is bad is in your best interest and 2.). that the top of the society’s pyramid is justified in taking and wrecking everything below the peak. That’s what working-class Whites are fighting against - maximizing damage to the top of the system.

It’s illegal in countries in Europe for the Left and Right to work together against the system. That’s a clue of what the system is scared of most. Getting Lefties in Racial mode, makes the system go apeshit. That’s a KEY folks.

Universalist principles of Liberalism (be they the social, economic, or technological forms) now appear to be pursuing the ‘White Countries For Everyone’ mania, but at its inception it was all about ‘Black Countries For Everyone’ in order to spread the ‘Enlightenment’ to the Dark peoples… You can read innumerable tracts from the the 18th and 19th centuries where this is the evident thrust of Enlightenment Liberalism. At some point this mania reversed its polarities and opted to pursue de-civilization - it is literally consuming itself! At what point, I wonder, did this process start to happen?

When (((globalists))) got involved with the project.

Well, that’s evident. A public narrative of the process is going to be critical to tracking this decline and thus undermining (((GloboHomo))) and their dastardly plan.
It is striking that someone as important as Putin is calling it out. He smells blood. I would imagine his advisors have a very good understanding of the whole historical and political process by which this occurred, and he links Universalist Liberalism to the emergence of anarcho-tyranny.

Putin used to be a byword for illiberalism in the West - you can bet he’s enjoying this.

Eventually they are going to have to come to the realization that when each special group gets their own special rights it will alienate other people and especially those who aren’t part of a particular “group” - things will boil over.

Whites being their worst enemy have been waging war against themselves for the past 300 years and they now come to point of calling themselves victims. Only in the post modernist sense can history be rewritten to fit a certain narrative where truth can mean what they want it to mean in order to fit another form of victim hood narrative to misplace blame for fear of looking truthfully at oneself and the term liberalism is no exception!

Whites being their worst enemy have been waging war against themselves for the past 300 years and they now come to point of calling themselves victims.

Is war not being waged against whites as we speak?

Whites have been waging war against themselves for hundreds of years! Just ask the Germans to know that to be true! Had that not happened maybe the white Demographic would be different today and you wouldn’t need to ask that question in the first place! History is replete with examples to know that this is true! Cause and effect!

I think Putin plans on retiring democracy in the future. People all over the world are seeing the writing on the wall, that the force behind democracy of the last century or more is bloated and senile. People like XI Putin Salvini and Duterte are moving to become the future strongman and autocrat that the next century needs.

Boomers crashed the system and it isn’t coming back.

Russia is still a democracy - maybe he likes his own type of democracy, and is happy to carry on with it? Modern liberal democracy is the problem, and there are other models of democracy aside from that. Ezra Pound was correct in noting (in one of his columns in the Japan Times) that ■■■■ controlling Europe had redefined the meaning of democracy…

You must think that “boomers” are mostly liberals.

Liberalism is a small percentage of the Globalism movement.

In this case, Mr Putin criticised the approach of some Western governments, and specifically mentioned immigration, multiculturalism, and LGBT issues - so he seems to be focusing on social and political liberalism

I heard ignorant fucks on MSNBC pretend the issue was about the end of western democracy and that Trump was too stupid to understand the highbrow nature of the issue. Fact is… they are just retards pretending to be “highbrow” (their word) when Putin was actually talking about the the same progressive liberalism that is destroying San Francisco… exactly like Trump mentioned.

Libs are fucking brain dead but think they are the vanguard of a new enlightenment.

That, and worse. The Proggie/Commies thought they had won. They thought Obama was the last straw and that the Eagle’s back was broken.

Remember all the prancing around after Obama was elected, and especially after he was re-elected. How many million times did they predict there would never be a Republican President?

I love asking “Progressives” (Dim or GOProggies) exactly what are they progressing toward? The useful idiots stumble, and the evil ones smile and lie.

Boomers crashed the system and it isn’t coming back.

But it’s largely your- not our generation that keeps voting in the people who handout welfare and encourage illegal immigration. get control of the millennials or we’re all infinitely more fucked than you think.

We are seeing an admission here from the establishment Left here that things that were supposed to be, aren’t actually all that great…

Really? Putin is the establishment left…