Iran has detained two travel influencers who were traveling the country and said they were documenting their trip on social media as a way to “break the stigma” around countries with scary reputations.

Jolie King and her boyfriend, Mark Firkin, are being held in Tehran’s high-security Evin Prison, according to Pouria Zeraati, the editor-in-chief of the Persian-language channel Manoto TV.

Zeraati said they had been there since their arrest in July on charges of flying a drone without a license.

Firkin is an Australian national, while King is a British-Australian dual citizen. Officials in Australia confirmed that the couple was being detained.

They were arrested by security forces in Jajrood, an area to Tehran’s east, Manoto TV reported Wednesday.

“According to an informed source, this arrest had no political element, but was for flying the drone,” Manoto TV said Wednesday.

A representative for Australia’s Department of Foreign Affairs and Trade told Insider in a statement that it was “providing consular assistance” to King’s and Firkin’s families.

News of their arrest came to light Wednesday, with Manoto TV revealing the couple’s names later in the day. They have not yet had a trial, Zeraati added.

King and Firkin were in Iran as part of a long road trip from their home in Cottesloe, Western Australia, to London. The pair quit their jobs to travel the world.

King is detained in the same women’s ward of Evin Prison as Nazanin Zaghari-Ratcliffe, a British-Iranian dual citizen who has been detained in Iran since April 2016.

Zaghari-Ratcliffe is accused of spying on the government when she had in fact gone to visit family in the country. Her detention has become a defining issue in British-Iranian relations. 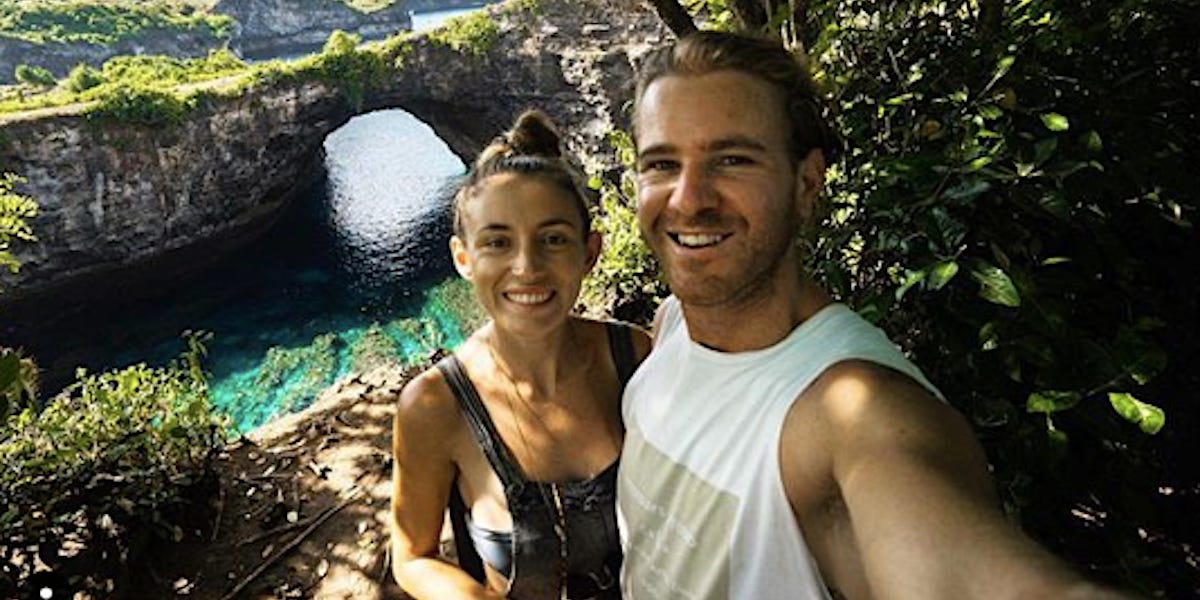 Iran detained 2 travel influencers who were traveling the country trying to...

Jolie King and Mark Firkin were arrested in July near Tehran, accused of flying a drone without a license, the Iranian diaspora Manoto TV reported.

Idiots deserve what they get.

Their countries have diplomatic relations with Iran so the fact that they aren’t yet out of prison indicates that none of this is politically motivated, they are just being prosecuted for the crimes they committed while in country. I’m with Iran on this one.

It looks like karma is starting to come full circle for these Instagram idiots. That one dude drowned death proposing to his girlfriend underwater. These morons violated Iranian air space. I hope they get the maximum sentence.

Remember the bicycle tourists traveling in Tajikistan who were killed by Isis? They thought that they were nice people and the country was safe until they were knifed to death! IMO these people should be thankful they are still alive.

There was just a woman who traveled to somewhere in Africa to try to prove that it wasn’t a ****hole and she was killed within 24 hours.

I know a lot of honest, well meaning “liberals” and “progressives” that truly believe they are no different than the lefties and if we’ll just be nice to them they’ll be our friends forever.

We’ve seen the same for decades in China, N. Korea, Iran, formerly Jordan and Iraq as well as Turkey and Saudi Arabia.

If you want to learn about those people and cultures you’d better do it from the safety of your home country and do it with both eyes open.

Showing up clueless and trusting isn’t likely to end well and your home country can’t or won’t do shit to save you when you put yourself into a shit hole with no way out. At best you become a political pawn they will use against your home country in the future and you’re worth far more to them sitting in prison waiting for the “right deal” to come along than you would be for PR if they gave you a pass and sent you home.

That was the two Europ chicks who got raped, tortured, and beheaded in Morocco wasn’t it?

I know a lot of honest, well meaning “liberals” and “progressives” that truly believe they are no different than the lefties and if we’ll just be nice to them they’ll be our friends forever.

Bc the first wave of immigrants composes of actual political asylum-seekers, and their ideology and freedom loving nature are compatible with their Western host country. Liberals are used to this kind of “diversity”, when really it just means culinary variety.

They then travel to the travesty that these legal immigrants came from, expecting much of the same. This is where the awareness of their own cognitive dissonance kicks in, albeit a little too late.

This German guy was traveling in Iran this year and his visa ran out.
So he goes to the immigration office and was told to come back Saturday (work day in Iran) while he had no visa at all in Iran.
No, he did not get in trouble by some reason. I enjoy his travel reports from Russia, Georgia, Armenia and Iran. (He is back in Germany now after traveling for more than a year in his van.)