Iowa: Bernie Wants Felons to Vote from Behind Bars 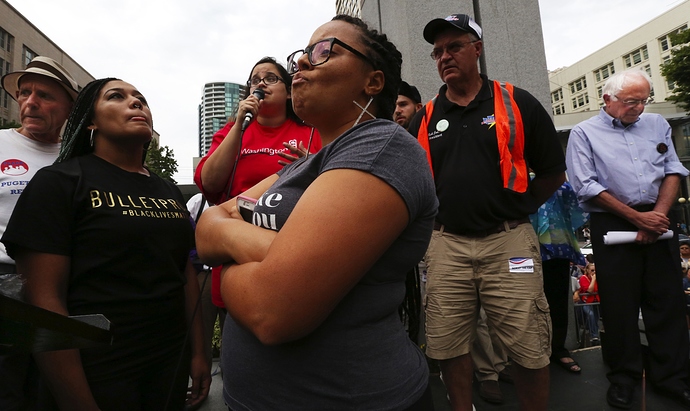 MUSCATINE, Ia. — While Iowa struggles on whether to restore voting rights to felons who have completed their prison sentences, Sen. Bernie Sanders said people convicted of felonies should never lose access to the ballot box in the first place.

“I think that is absolutely the direction we should go,” he said.

While most states disenfranchise felons, Sanders said the convicted still have a right to participate in elections.

“In my state, what we do is separate. You’re paying a price, you committed a crime, you’re in jail. That’s bad,” he said. "But you’re still living in American society and you have a right to vote. I believe in that, yes, I do.” 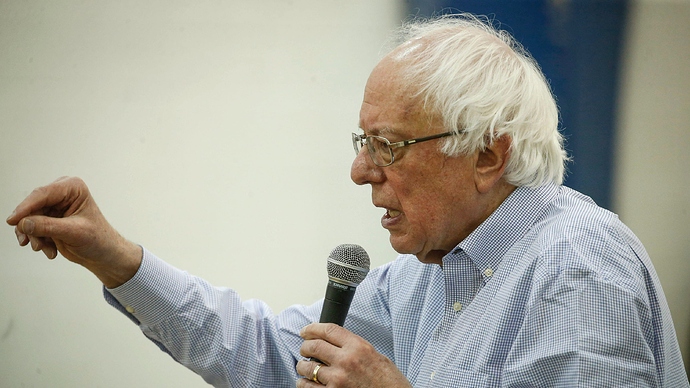 In Iowa, Bernie Sanders says states should allow felons to vote from behind bars

The Vermont senator was asked whether the imprisoned should have the right to vote. Only his home state and Maine allow felons to vote from behind bars. "I think that is absolutely the direction we should go," he said.

They aren’t even trying to hide it anymore. Democrats straight up want criminals and illegals voting for them in every election. Their voter base is literally the scum of the Earth.

Why wouldn’t you agree with this? It keeps people from silencing political opponents by passing ridiculous felony laws and then convicting them. “But he’s a criminal” has literally been the excuse of every single dictator to silence opposition in the history of ever. Anyone who supports democracy should support voting rights for every citizen.

The USA was founded on principles of constrained republican voting, not “literally everyone” voting. That being said I agree with you. Criminal white males who own land should still be entitled to vote.

It keeps people from silencing political opponents by passing ridiculous felony laws and then convicting them.

You mean like laws against armed robbery? Let me guess an MS 13 gamgbanger who is convicted of murdering a witness is now a political prisoner…
The only people I see being convicted of crimes that - but for their support for Trump - would otherwise never have been investigated, are Republicans.

Part of the idea of taking away voting rights of felons is that one’s right to vote is supposed to have great value, you know, something worth not being a criminal.

This would also grant Democrats larger representation in Congress - the same reason they are flooding the country with illegals.

Does he plan on taxing gangbangers too?
how about MS 13 gangs?

does that include those convicted of treason against the United States

I cant tell if Sanders is going senile or the Left is really that stupid and out to lunch?

I think people would be surprised how the voting demographics would change if land ownership was required to vote. Race issues would essentially cease being a political arena issue. Some of the most conservative human beings I have ever encountered are black entrepreneurs, successful academics (doctors and engineers that is, not Tunisha with her Fem Studies masters).

It would actually single-handedly wipe out the inherently racists democrat stances over night when the voting black population in that scenario would be almost identical in political alignment with the white voting base. It’s not a black or white thing, it’s a competence gulf. Competent people want a stable nation with a streamlined lean and mean government not prone to bloat on excessive ultimately futile social programming, both want practical efficient police forces enforcing laws against law breakers with zero regard for the color of their skin even if that does lead to racial biases.

The Thomas Sowell(s) of the black community are as rare as they are utterly terrifying to the socialist narrative.

Why wouldn’t you agree with this? It keeps people from silencing political opponents by passing ridiculous felony laws and then convicting them. “But he’s a criminal” has literally been the excuse of every single dictator to silence opposition in the history of ever. Anyone who supports democracy should support voting rights for every citizen

So… your point of view seems the equivalent of this:

If a guy picks my lock and breaks into my house and goes to jail. He should be able to select the locksmith that I hire to improve my security.

No. I dont think so Nancy.

Maybe someone should ask old Bernie if they should have a right to own and bear arms while in prison…I mean after all it’s a right that clearly stated in 2nd Amendment.