Intense Feeling that Something Big is Going to Happen 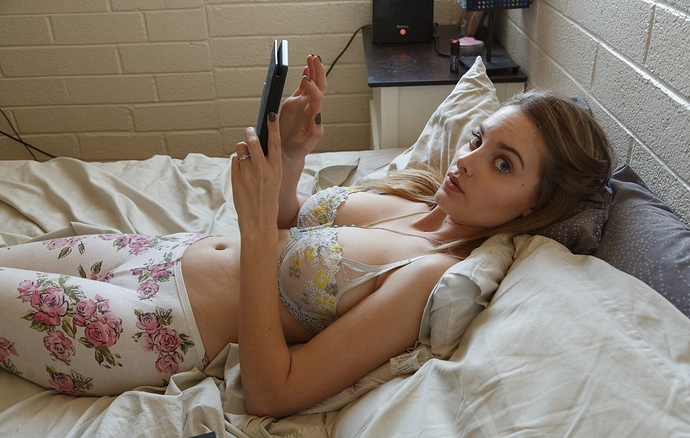 Am I crazy or is there some sort of feeling/atmosphere in the air that feels like everything’s going to coming crashing down hard around us.

This same feeling was present before WW1 and you could see it back then in music and movies before WW1 occurred.

The world seems to be spinning out of control and everything just is getting worse and worse. Is this just the natural cycle of things? Maybe the world is just supposed to break out into total war every few generations.

This time I think it is going to be different. I think Western society is going to collapse on top of itself and a massive race/religious civil war will break out all throughout the Western world. Too many people who are way too different than us have flooded into our countries and our leaders keep selling us out. There is no way this can continue. It’s going to boil over.

Is anyone else feeling this way?

I think Western society is going to collapse on top of itself and a massive race/religious civil war will break out all throughout the Western world.

Where would you get that idea? No one is feeling the exact same way at all. It’s all just one big coincidence. 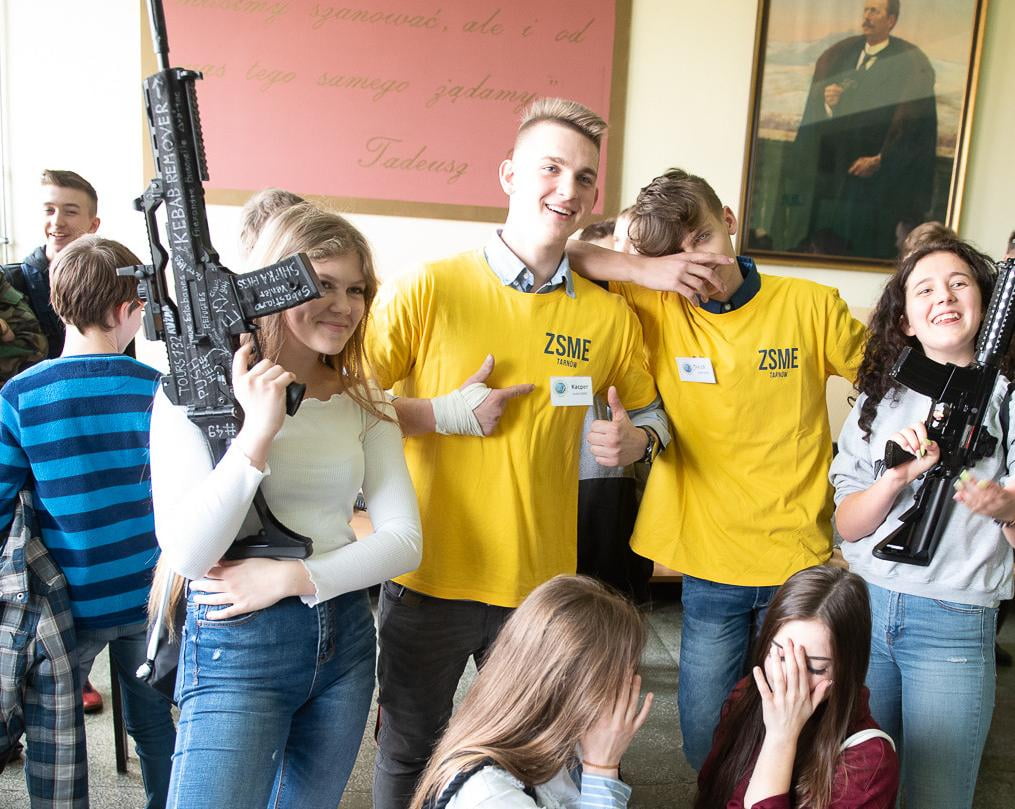 Things are out of control for sure. But in a decent economy, people have little motivation to light the powderkeg.

Once the economy shits the bed, all bets are off. Especially if the government decides to bail the banks out again while screwing the rest of us over.

Of course you feel this way. We are living through a slow and intentional genocide. Low birth rates and high rates of immigration will reduce white populations to minority levels in traditionally white majority countries. Whites are finally waking up to this fact globally and once enough finally wake up the fuse will get lit.

After 28 years of inept leadership in Washington, we finally have a leader. The rest of the world knows this too. I had figured that the WWIII would be well on its way by now. Guess my timing is off…but soon.

Yes! Something big is going to happen, like several of Obama’s henchmen being indicted and going to jail! Or Hillary being charged for treason!

Especially if the government decides to bail the banks out again while screwing the rest of us over.

And did the government bail out people?

People that walked away from their homes got a free pass from the IRS. They trashed their houses and the bank was stuck with the loss.

Why did people lie on loans they knew they could not afford?

Not everyone walked from their homes. The banks that gobbled up the other banks got QE for years. We literally printed money and handed it to the banks. Too big to fail was bullshit. They should have failed.

No, I don’t feel something big is going to happen, unless it is Venezuela and we become involved in the power struggle there.

As far as Europe, the majority of people are too complacent even in light of being flooded with immigrants.

It all began in 2008 and intensified for 8 years and it truly is boiling over , the period of the great divide !!

This clearly shows your lack understanding of the recession and the causes.

“CEO Talking Points” used by former Treasury Secretary Hank Paulson confirming that the nine bank CEOs present at the October 13 meeting had no choice but to accede to the government’s demands for equity stakes and the resulting government control. The talking points emphasize that “if a capital infusion is not appealing, you should be aware your regulator will require it in any circumstance.” Suggested edits of the “talking points” by Tim Geithner, then-New York Fed President, were withheld by the Obama Treasury Department.

“Major Financial Institution Participation Commitments” signed by the nine bankers on October 13. The CEOs not only hand wrote their institution’s names but also hand wrote multi-billion dollar amounts of “preferred shares” to be issued to the government.

Email documenting that, on the very day of the meeting, the Chief of Staff to the Treasury Secretary and other top Treasury staff did not know the names of any of the banks that would be in attendance.

Email showing Treasury officials wanted to use the Secret Service to help keep the press away from the CEOs arriving at the meeting.

Email showing a public relations effort, run in part out of the Bush White House, to tamp down public concerns about “nationalizing the banks.”

Email showing that Paulson was able to brief Barack Obama about the bankers meeting almost immediately, but could not reach Senator John McCain.

The government thuggery evident at this meeting would seem more at place in Putin’s Russia or Chavez’s Venezuela. This government control, which began during the Bush presidency, has metastasized under the Obama administration – with Obama taking effective control of not only these major banks but the domestic auto industry.

Boston is currently fighting over who should be the new school superintendent, main criteria is race not education.

I fully expect the Dems to cause problems leading up to this as well.

They can cause all the trouble they want, it won’t change the fact that people involved with this entire scandal are going to jail! Get your popcorn ready, because I fully expect the Dems to be destroyed! More and more people are starting to see the truth and that isn’t good for the Dems!

Even the NYT has recently gone against the flow by deviating from the liberal narrative.

My paranoia is well-founded in history. I watched the left melt down a thriving economy under Bush just so they could blame the Republicans and gain power for eight years. I don’t have to guess… I know that they’re going to try the same thing again (hey, it worked) under Trump. That, plus the fact that no matter how good the economy and stock market is right now… what goes up, must come down. 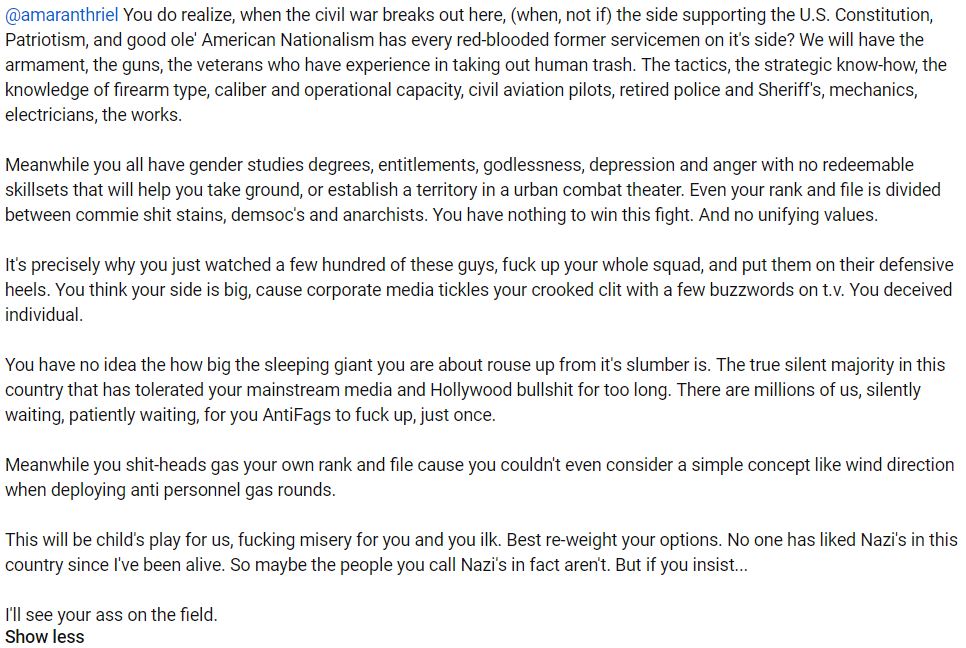 Pentagon Analysts say it’s coming.
We have all of the symptoms…

It’s time to accept reality and prepare for the inevitable. Civil War in this country is a matter of “if” not when. At this rate, analysts and combat veterans say we have less than 5 years and counting. That’s also the best case scenario. Squad up and get prepared. I have no doubt in my mind shit is about to hit the fan.

Eat right, work out, quit smoking, drop the addictions, train. Get close to God. Get your gear, prepare your family.