“Insightment of insurrection that's the charge

You really are a clown Jackoff, you don’t even know what day it is !! Monday will be Jan 11th.

I think Rest Home Joe will have more to worry about somehow !! 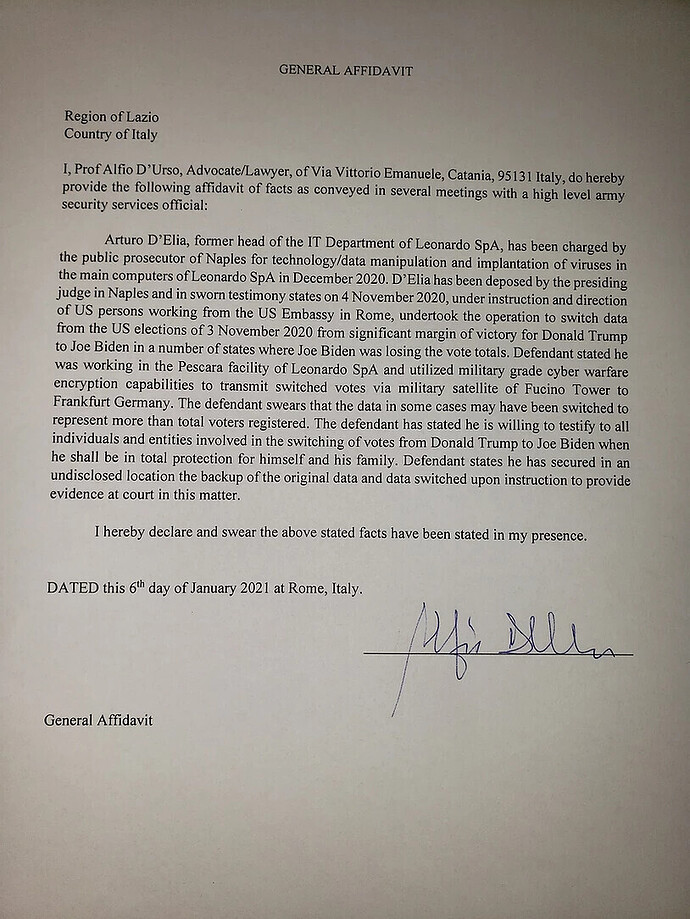 hahahahahaha this is the same bunch that bush counted on to supply evidence to get into the Iraq war…that all proved to be bull shit…they are a pack of liars and your bunch of. trumpliCONS believe anything…dummie tooth ferry boys

Why do Democrats want more raids?

Mo more riots to attend? No more statues to tear down? No more people to harass while they enjoy a meal? No more stores to loot and burn? Is this your new outlet for screaming and name calling and basically being a vulgar ass? Just curious.

Like you did on Tuesday from behind your monitor?

Your right I wasn’t there hehe

VVPAT [voter verified paper audit trail] Voting method adapted by U.S election works by displaying a paper vote record under glass or clear plastic after a voter indicates their choices. The voter is instructed to verify that the paper record correctly indicates their vote. They finalize their vote by pressing a button or pulling a lever, and the paper record is stored. At no point can the voter remove the paper record from the voting area. To do so would allow for there to be a receipt that could be used to coerce the voter into voting for a candidate or to allow selling of votes.

The machines run off of a 7.5 volt battery, two machines to a battery. Theoretically, it may be easier to physically manipulate these machines, of course there is always the 2nd physical copy produced.

This letter is questionable, but of course, I do ask many questions. Is this paper stock vintage or is the iphone on a cool filter?

Yes of course. All secure. Ignore the many experts including the guy (first name escapes me) Pulitzer who testified at a senate hearing that he was hacking it live as they speak !! I don’t use Iphone nor do I piss about with filters. Only concerned about the details.
StewardofSomething2 January 9, 2021, 10:06am #12

Fact is important for everyone. I revel in truth. In science, the simplest answer is most often the correct and initial direction to take in determining reason.

Georgia hand counted three times. Physical mail in ballots as well as the physical ballots created by the voter at the machine that is handed to a polling person, reviewed by the voter and obviously by the polling persons. The rub is, at this time or even after the votes are physically counted, to overturn an entire state’s votes without guaranteed evidence of widespread illegal activity does not lawfully hold up. One has to remember these machines are the same ones that collected the ballots – which elected the president 4 years ago. This doesn’t hold up in court as evidence is abstract and latch comes into play in an election lawsuit, in court.

“Per federal law, all ballots, applications, and registrations related to elections for federal offices, such as those for President and Vice President, Members of the U.S. Senate or House of Representatives, must be retained and preserved for 22 months from the date of the election. In addition, many states also require specific state and local security protocols for stored ballots, such as storage in a secure vault featuring double lock systems that can only be opened when authorized representatives from both political parties are present. This requirement is intended to ensure all ballots and relevant records, such as voter registrations, cannot be discarded, but are available in case they are needed for recounts or audits to resolve any potential issues.”

I hope all that has doubt or mistrust due to misinformation campaigns can work at being on the same level with the factual information, because it does exist.

The man above is a good example of the potential of access machines but do we honestly believe NO ONE has investigated this already, let alone after votes were counted and then claimed stolen?

I’m not saying this man is wrong but his information–did it amount to action of illegal voter fraud or proof in a court of law (or even outside of court)?

These are the same machines that elected the president 4 years ago. It’s just highly unlikely and obviously over our heads and should be looked at by professionals. We can argue back and forth without knowing any facts and just assume more complex scenarios that gets further from the truth.

Look man you seem to be a reasonable person but I trust my gut, there is never smoke without fire and as for the courts you would have to be totally naive to think there isn’t the slightest whiff of corruption.
Just because they were the same machines 4 years ago it doesn’t mean it didn’t happen. Maybe Trump won that one by a lot more too ! They just thought they had it covered then but this time they went for a belt and braces approach.
I’ve seen too much evidence and yes anecdotal but that is down to media manipulation & widespread corruption. I don’t believe anything has been investigated thoroughly no. Anyway my position is clear and you referring me to the rumour police will not change my mind. When you have been brought up in the gutter (not literally but close) you have a special awareness, you can see through all the strokes and sniff out wrong 'uns from a mile away. Have A good day mate.

Yeah not to mention 80 million people watched the vote switch on live broadcast along with a mysterious shutting down the counting of the votes in all swing states at the same time. That has never happened in our history. But yeah nothing to see here move along. (Sarcasm)

I have said for 10 years it will need to come to this point.
Talkng, politics, law, it’s all done.

Like I said, it comes down to the three boxes. Soap Box, Ballot Box, and when the first two are exhausted the Ammo box! Human history is replete with such examples when change needs to be forced. Asking politicians to investigate themselves is the same as having a Fox guarding the hen house, it simply doesn’t work. When civil liberties and freedoms are on the line it’s human nature to go into self preservation mode.