Insane Video of SF "No Arrest Policy" is Going Viral!

In the video Thugs in San Francisco which so happens to be Nancy Pelosi’s district (surprise, surprise) loot a cosmetics store. After a “No Arrest” policy that was passed, Democrats in Sn Fran have made theft under $950 a misdemeanor and Police won’t arrest anyone for the crime. Its like a free pass to go shopping when Democrats announce nobody will be arrested. 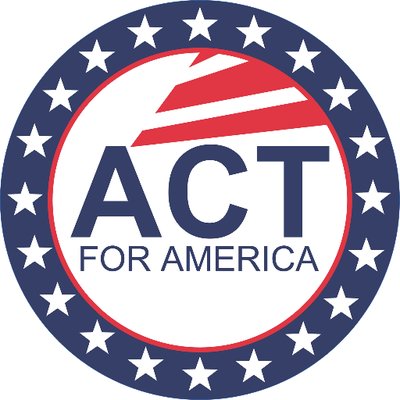 I hope small business owners all over San Francisco are making plans to move their businesses elsewhere. This punishes everyone except the criminals!

They need to mark every item up to $951.00 and a discount will be applied at the register

My God , can dummtcrats get any dumber ? Is it any wonder their sidewalks and streets are full of shit ?

If the police won’t protect private property and business owners then it’s incumbent upon these citizens to take care of themselves and to safeguard their own property. The only way this changes is if they do so and get these cases in front of a judge. of course, the type of judge is that one might find in the place like San Francisco probably wouldn’t be too sympathetic. There is no way this stands up on appeal.

That’s what it’s going to come to. Citizens are going to have to take matters into their own hands if they want to stop criminals from victimizing them. I don’t see any other option that’s San Francisco has provided to them. The government put the people in the situation. You have a right not to be victimized by criminals.

These thugs should have had their ASSES blown out the door by a shotgun loaded with slugs od buckshot. But with Commiefornias legal system, would face life in prison.

In a disgusting video a group of thugs in New York City were caught beating up on a 15 year old girl and mugging her. Under Mayor Bill De Blasio crime is rising in New York as the city strives to become more progressive and have less of a focus on law enforcement.

How stupid do you have to be to put up with this policy?

In a disgusting video a group of thugs in New York City were caught beating up on a 15 year old girl and mugging her. Under Mayor Bill De Blasio crime is rising in New York as the city strives to become more progressive and have less of a focus on...

Leave it to liberal shithole city Mayors to think you can fix this problem by reducing fines and punishment for misdemeanors. They will soon morph into felonies.

You take an animal out of the jungle, but then you have nothing other than an animal in a new playground…the public…which eventually becomes just another jungle.

There is no hope for these liberal-run cities. De Blasio is a fully developed IDIOT! The Mayor of San Francisco is no better.

Liberalism is replete with retarded ‘leaders’.

We are destined for societal failure and deadly violence. The liberals will lose a lot of their flock when law abiding people finally get fed up with this and start shooting thugs. I will not pity them at all.

Can you imagine how demoralized and livid the cops must be there?

What is needed is to deny the Mayors the use of armed bodyguards. Let them feel the need to carry their own weapon…but don’t let them carry. Make them walk the streets alone…without protection.

Take notice of what ethnic group these animals belong to.Of course, mention if the girl esd black, white or whatever. With NYC’s legal system these thugs will be given with some type of a slap on the wrist instead of a good slap across the back of the head with an oak 2x4.

You are still delusional. Stop and frisk should be brought back to reduce crime and was upheld by the SCOTUS.

The liberal argument is that punishment for crime is disproportionately applied to young blacks.

Well, DUH! Young blacks commit a disproportionate number of crimes! There are few things more dangerous than a large group of young blacks on a street corner.

In the New York video, the thugs didn’t care what color the victim was…they just wanted the shoes.

Why don’t we just disappear criminals? Think how much of our taxes will be saved by not having to maintain, staff, and no need to build any more prisons? They’re costing us a bloody fortune, and with the above measures there would be fewer taxes to have to pay. They don’t need to commit crime so fuck 'em is what I say; and the world would be a better place without them?