In a LONG OVERDUE Loss For Merkel, CDU Is Surpassed By Populist AfD In Thuringia Elections 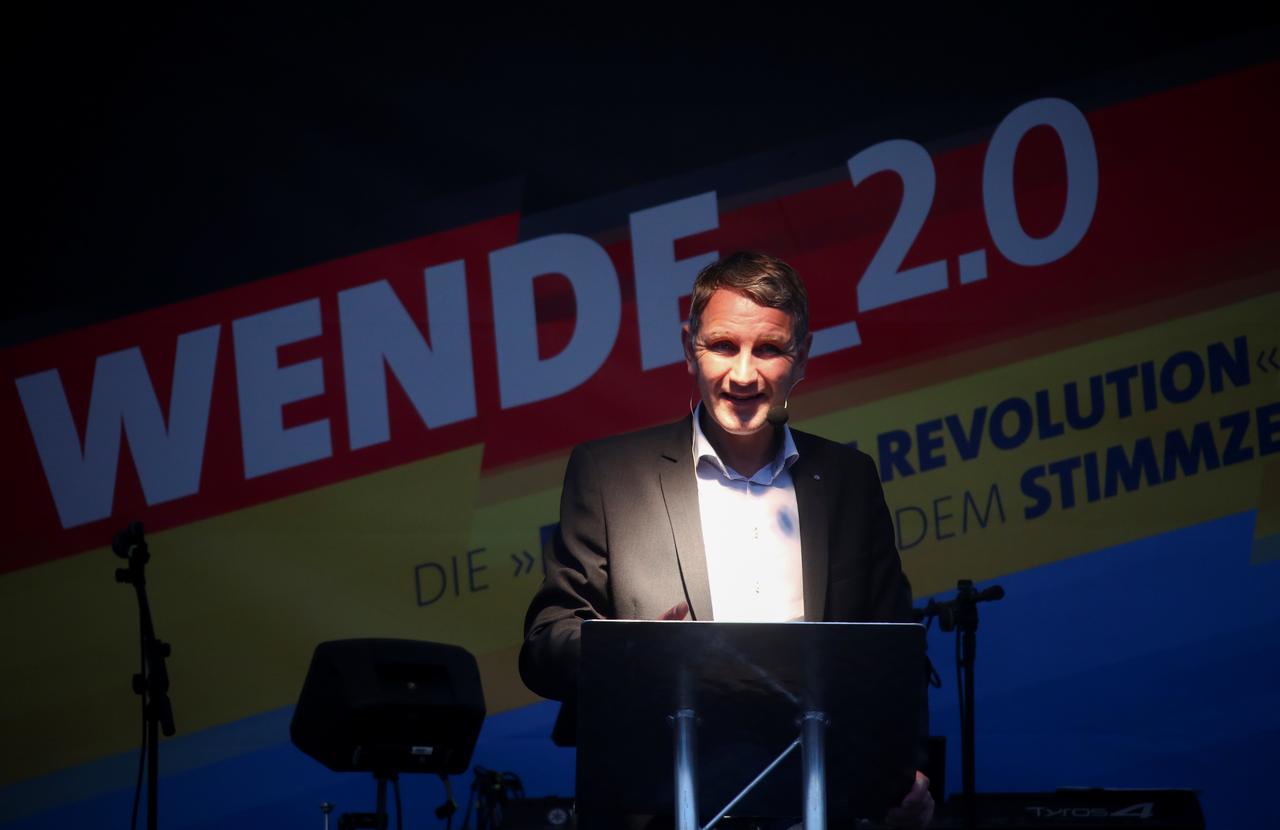 Germany’s resurgent populist, anti-immigration party, AfD scored impressive gains on Sunday in the ex-communist eastern state of Thuringia, once again at the expense of legacy parties such as Angela Merkel’s centre-right CDU.

The election result showed that centrism is again foundering at the expense of extreme political ideologies: while the far-left Die Linke party easily won with about 30%, the Alternative for Germany came second with 23%, according to early exit polls, more than doubling its result in the previous election in 2014.

Merkel’s Christian Democrats (CDU), which had always received the most votes since 1990, dipped massively on Sunday. The CDU, which ruled Thuringia without interruption from 1992 until 2014, plummeted 11% points from 2014 to 22.5%. At the same time, the populist right-wing AfD soared and looked set to narrowly surpass the CDU with 24%, the poll showed. The AfD also scored far ahead of Merkel’s coalition partners, the once powerful Social Democrats (SPD), who scored only 8%.

"Since 1945, we have not had such a result, where the parties of the democratic center in Germany are unable to form a government," CDU candidate Mike Mohring told reporters in Erfurt Sunday night. " This is a really bitter result."

It’s the latest sign of trouble for Merkel as her political career comes to an anticlimatic close. Europe’s largest economy has slowed sharply and will expand only a projected 0.5% this year, from 2.5% two years ago. At the same time, her designated successor, Defense Minister Annegret Kramp-Karrenbauer, has failed to gain traction in her party, while repeatedly stumbling as she seeks to win back voters from the far-right.

And while the incumbent Left party gained marginally to 29.5%, it lacks an absolute majority with its current coalition partners, the Social Democrats and the Greens.

The result, according to Bloomberg, reflects “the increasingly splintered political spectrum in Germany, where traditional centrist parties have been losing steadily. In Thuringia it could result in a political stalemate and possible fresh elections down the road.”

AfD’s strong showing came despite widespread criticism after an October 9th attack in the eastern city of Halle, where a suspected neo-Nazi gunman tried and failed to storm a synagogue then shot dead two people outside. After the bloody attack, the commissioner for combating anti-Semitism, Felix Klein, like many other critics, argued that the AfD had trafficked in incendiary anti-■■■■■■ sentiment.

The Thuringia campaign has been marked by anger, threats and recriminations, with CDU candidate Mike Mohring labelling the AfD’s local leader, the nationalist hardliner Björn Höcke, a “Nazi.” However, it now appears that generically labeling anyone you disagree with as “Hitler” doesn’t score you virtue signalling political brownie points any more, and in fact ends up pissing off voters.

A triumphant Höcke told supporters on Sunday that the state, 30 years after the fall of the Berlin Wall, had voted for a second revolution, a “Transition 2.0”, and delivered “a clear ‘no’ to the ossified party landscape”.

As TheLocal notes, the rise of the AfD has made it harder for the other parties to form a governing coalition, boosting the likely role of smaller players with single-digit results such as the much reduced SPD and the Greens. The once powerful SPD plummeted to a new low of eght to 8.5%, compared to 12.4% in 2014. The Greens were at 5.5% (5.7 percent in 2014) and had to fear for their return to parliament. The FDP came in at 5.0 to 5.5 percent, close to the five-percent hurdle needed to enter parliament.

More ominously for Germany’s establishment, the angrier the people get, the more they are likely to vote… and not for any of the establishment parties. Overall voter turnout rose significantly to around 66%, up from 52.7% in 2014.

In Thuringia, the only state ruled by Die Linke, the post-election situation is complicated further by the CDU’s refusal to cooperate with the hard-left party, despite the relatively moderate stance of Ramelow, a folksy former trade union official.

And while the AfD has struggled to make major inroads in the more wealthy “west”, in the eastern states of Saxony and Brandenburg last month, the AfD also scored above 20% to become the second-largest force. However, in both cases the mainstream parties kept a pact not to enter into government with the far-right party, a pledge they have also made in Thuringia.

The election in the state of just over two million people was closely watched as another snapshot of the mood in the AfD heartland, especially given the role of Höcke, a former history teacher considered extreme even within his party.

Höcke, 47, has labelled Berlin’s Holocaust memorial a “monument of shame” and called for a “180-degree shift” in Germany’s culture of remembrance of the crimes against humanity committed by the Nazi regime. Signalling political ambitions at the national level, Höcke has openly challenged the AfD’s senior leadership and was accused of a “personality cult” after marching into a hall escorted by flag-waving supporters. The CDU’s Mohring recently declared that “to me, Höcke is a Nazi”.

With tensions running high on the campaign trail, police have been investigating death threats against Mohring and Greens co-leader Robert Habeck, and an arson attack on an AfD campaign truck.

The AfD started out as a eurosceptic fringe party before reinventing itself as an anti-Islam, anti-refugee movement to capitalize on anger over a massive influx of asylum seekers in 2015. In effect, the dramatic ascent of the AfD is largely the result of Merkel’s own “Open Door” policices.

Its populist message has resonated most strongly with voters in Germany’s former communist east where resentment lingers over lower wages and fewer job opportunities. Ramelow on the eve of the vote said that “the AfD claims to be the party that cares. But in reality, it is a party that knows nothing but outrage”. 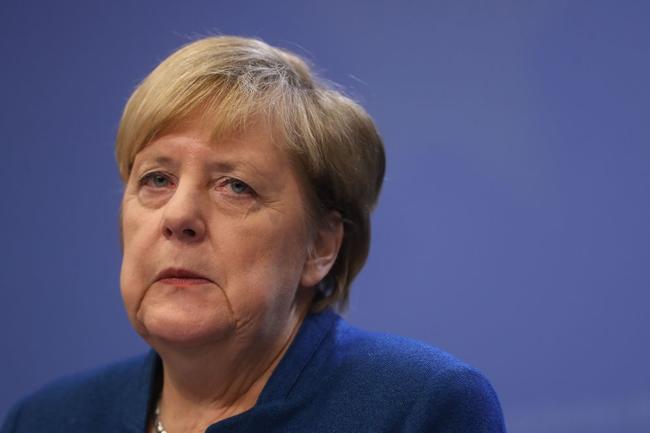 In Stunning Loss For Merkel, CDU Is Surpassed By Populist AfD In Thuringia...

"Since 1945, we have not had such a result, where the parties of the democratic center in Germany are unable to form a government. This is a really bitter result."

This is too little too late. Parliamentary machinations will drag out typical European do-nothing-ness. Meanwhile, the Ottoman conquest continues.

Germany should have kicked her fat ass out of office the minute she opened up the floodgates to the third world.

So, the German press and the elitist politicians calling him Hitler for months and months on end didn’t work. I hope they keep this tactic up and give AfD more votes in every election.

Sure are a lot of Hitlers worldwide these days.

This hyperbole is backfiring huge on the left everywhere they are gaslighting it.

Actually, having given this some thought, especially apropos the Remainers’ dire warnings if we leave with a no-deal exit, such as ‘cliff-edge’, ‘crashing out’, ‘disastrous’, ‘mass unemployment’ ‘at the precipice’, ‘we’re looking into a chasm’, ‘a second Bubonic Plague’ - you name it and it’ll happen according to them - and all the other hyperbolic unprovable crap, this isn’t to do with ‘parliament’, it’s to do with globalism, and the parliamentarians are simply doing what they’re told to do, because the globalists are hell-bent on destroying the various European cultures; and that would also explain 2 things, one, the naysayers and bad-news bunnies of the above warnings are never asked by MSM interviewers (especially the BBC) to provide any evidence whatsoever of their fears for their Constituents’ jobs and livelihoods, and two, the mass immigration into those countries, including ours, to dilute and eventually eradicate our ways of life - Sweden having already succumbed.

Except In Argentina where they just voted in a Peronist to be their next leader. Old habits I guess die hard.

“Immigration” is a life and death issue (It’s more like death) for Germany.
It’s the German liberals who have allowed this suicide of the nation to happen.
Merkel is one big enemy for Germany.

Just like Sweden, Germany had ‘Refugees are welcome here’ demonstrations by females; and it makes sense, because 99 out of a 100 women are liberal or left leaning.

It's clear there's something different about Björn Höcke from the moment he arrives in Gotha.

I thought the media calls Trump “literally Hitler.” Both this guy and Trump can’t both be Hitler. There is only so much Hitler to go around. If this guy is anything like Trump then he isn’t Hitler but I don’t know that much about him. The media are a bunch of dirty dirty smear merchants though so I’m disinclined to take their claims at face value.

The media are basically owned by the same people, inside and outside the USA.