This is happening now and there is no turning back Europe is already dead as your politicians have no plan on stopping the migration flow and sending the grown fighting age men back to the countries that they came from. In fact, Europe wants to increase the amount of migrants being received. When will you Europeans do something about it?

The EU. We have a great idea; let’s cut our own throat. All European leaders will kindly stand in line once a week, and allow immigrants to punch them square in the face. Then they can handover their wives & daughters for fun time. We all, on occasion, enter the realm of stupidity; but there are those who actually work at it. Like my grandma Vilula always told me: If you don’t listen, you surely will feel.

Not to worry, since the EU has some of it’s most rational thinkers on the job. Green EU Commission President Claims ALIENS are Worried … 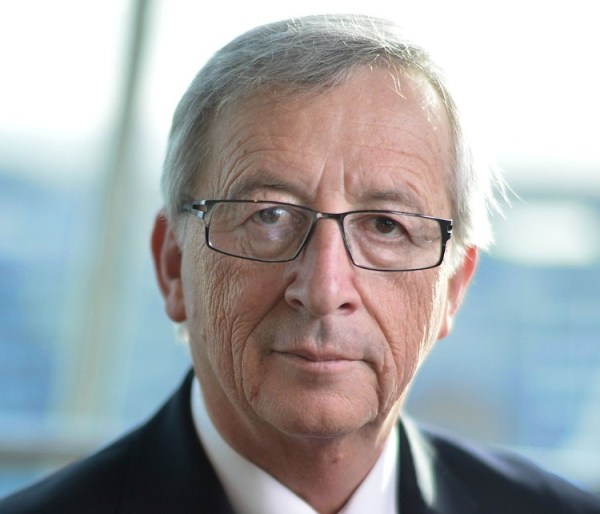 If I remember my Ellis Island history; immigrants were required to have verified sponsors who would stand up for them. Now, it’s the free for all 100 yard dash for people with no sense of direction. Except the bee line to the welfare office.

Immigration won’t kill Europe. Multiculturalism will. If ethnic Europeans all returned to their European homelands then immigration would be a positive thing for Europe. Unfortunately, this is what the EU and US is importing - with the help of our greatest ally of course. 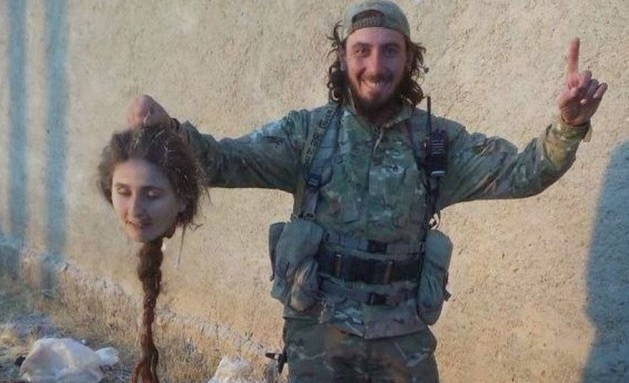 They are all around us. Shouldn’t be too hard.

Immigration of Africans is intended to kill Europe and its civilization.

It’s just an aspect of the insanity which is sweeping the western world. Let me put it this way: global Islam declares war on us and what do we do? Why, we welcome them into our countries. FFS how crazy is that? And without wishing to divert the thread, what does it tell us when the leader of the Catholic church spreads the good word that ‘God loves us all, irrespective of what we do.’ We need a head-banging-against-a-brick-wall smiley. 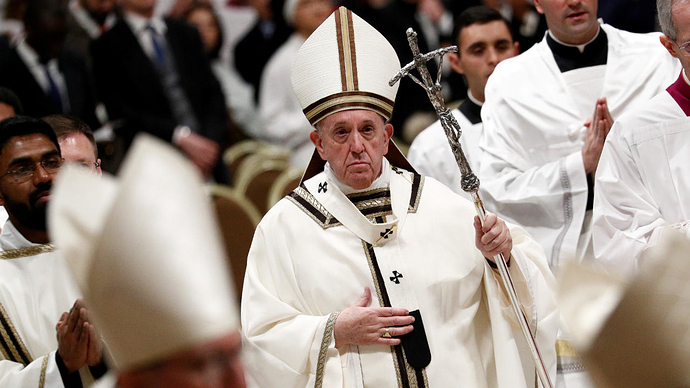 Pope’s Christmas message: 'God continues to love us all, even the worst of us'

Pope Francis ushered in Christmas on Wednesday for the world's 1.3 billion Catholics with a message of unconditional love, saying "God continues to love us all, even the worst of us".

Maybe the Pope should open up the Vatican to people like this; just as a sign of good faith. Even Christ Himself could not digest this behavior. It’s effortless for the Pope to make comments about the world outside his fortress.

I’m not the Pope; I’m just a humble pipe fitter; but even I know, there are sins that even God cannot & will not forgive.

Are you sure that wasn’t photoshopped?

It’s possible; but I can find a very legitimate beheading if you like. GRAPHIC PHOTOS of ISIS beheading men accused of mocking …

Maybe the Pope should open up the Vatican to people like this; just as a sign of good faith. Even Christ Himself could not digest this behavior. It’s effortless for the Pope to make comments about the world outside his fortress.
[/quote]

Tens of millions believe every word he says and that’s all that matters. Think ‘sheep’?

And that’s what we’re going to have to face. It may take another decade or two, but they’ve been waiting for this since the 7th century so they won’t mind waiting a bit longer. Our politicians have forced us to sleepwalk towards it: instead of supporting Assad and the Russians, we supported the Jihad. FFS how fucking dumb we are, and how they’re laughing at us.

I can find a very legitimate beheading

So why post one that is fairly obviously fake?

I did not do the OP photo. I just moved it. From now on what I post will be in stone documented. Just as easy ( actually easier ) to locate the real thing.

I’m not without faith; but blind faith can be hard to swallow. Still, I have experienced situations I could not explain. I don’t think everything can be chalked up to coincidences. Anyway, I doubt the Pope or other religious leaders, politicians, world leaders, ever go to bed hungry.

LOL I have a faith too, but it isn’t religion-based: like yourself, I’ve had plenty of events happen in my favour that couldn’t possibly have been coincidental, one of which could have been disastrous domestically and financially. Briefly, as an example; many years ago I was literally 2 days way from signing the completion documents on a house - only because it happened to be the nearest to our needs of those we’d viewed, and we were being pressed to move quickly - when one of the estate agents (realtors?) I’d hired phoned me with the details of another house which had, that very morning, come on the market, and was more suitable in so many ways.

There have been other instances too numerous to mention here where, had something unexpected not happened, I’d have come unstuck if I’d gone ahead. I subsequently heard from the estate agent that she’d never had so much buyer interest in a house which her company had been commissioned to sell, as in that one. So if I were religious, I guess I’d be putting it (and all the other things) down to divine intervention?