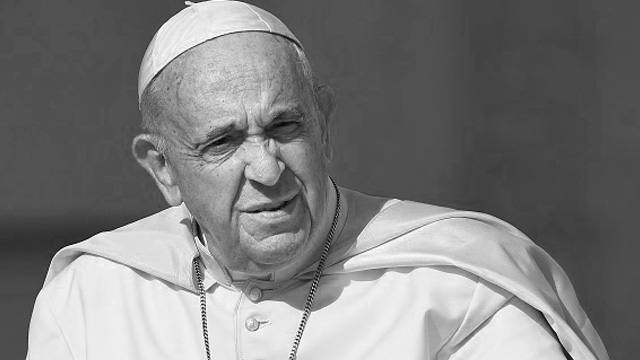 RUSH: The pope has come out and denied during pride month the concept of gender identity. And NPR is livid about it.

RUSH: Now, this is pride month. Do you know what that means? Okay. Well, Il Papa — sometimes this guy does stuff that is out of character. The pope. Now, the pope is a left-wing activist. Got himself in there as Il Papa, and he’s been doing left-wing activist stuff. But the pope has come out and denied during pride month the concept of gender identity. And NPR is livid about it.

“The Vatican department charged with overseeing Catholic education released an extensive document Monday decrying what it calls a ‘crisis’ on whether gender can be an individual choice rather than being set by God or biology.

“The document describes a culture-wide ‘disorientation’ that serves to ‘cancel out’ the natural difference between man and woman, as well as ‘destabilise the family as an institution.’”

So the pope, Il Papa — that’s what he’s called in Italy. I saw that in a newspaper once when I was there. It’s one of those things that sticks with you. Il Papa. Anyway, he’s come out against transgenderism, gender identity, and in a sense homosexuality as destabilizing the family as an institution.

“The Congregation for Catholic Education says the goal of the 31-page guide –” This is a guide on how you shouldn’t do this transgender stuff and you shouldn’t destabilize the family and if you’re born a woman, be happy about it. Born a man, be happy. You don’t have to right to choose this. Gender is not something you choose. God determines it. That’s in the guide.

And the goal of the guide, according to the Congregation for Catholic Education, is to “support those who work in the education of young people, so as to help them address in a methodical way (and in the light of the universal vocation to love of the human person) the most debated questions around human sexuality.”

One Way to Debunk Transgender Philosophy

One Way to Debunk Transgender Philosophy

Have your kids ever peppered your phone’s inte...

“… If my body and soul together make up the one substance that I am, then it necessarily follows that my male body together with my soul makes me who I am. My male body is not an accident to my personal identity that I can change like my hair color (that is, if I had hair). My male body is essential to who I am as an individual human person…” 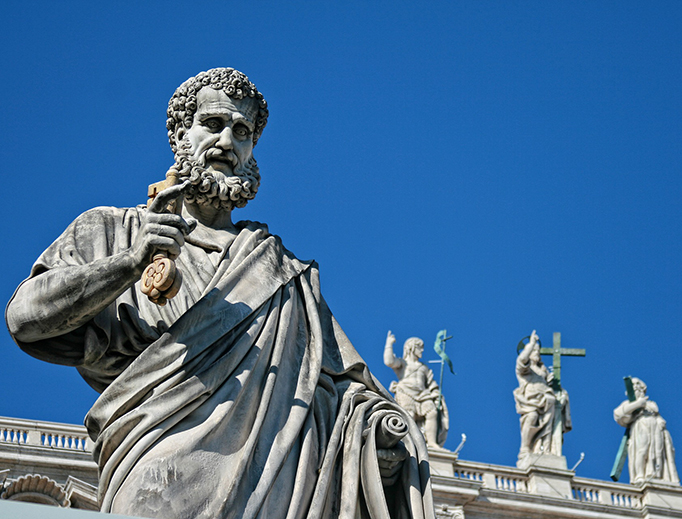 ‘Male and Female He Created Them’ Rejects Gender Ideologies

The new document was written specifically to address Catholic schools, where teaching is often at odds with radical cultural ideology.