If the Federal Reserve Craters to Leftist Democrats, King Dollar Will Be in Trouble

Let me begin this evening with some thoughts on today’s Senate hearing with Treasury Secretary Janet Yellen and the Federal Reserve chairman, Jerome Powell. The perfectly awful title of this hearing is: “CARES Act Oversight of the Treasury and Federal Reserve: Supporting an Equitable Pandemic Recovery.”

During this pandemic emergency period, going back to February of 2020, the Federal Reserve has truly done its part to inject cash into the economy. By our calculations, over the past 18-months the Fed has basically doubled its balance sheet to $8.3 trillion from $4.1 trillion. Essentially they injected more than $4 trillion of new cash into the economy.

Another way of looking at it is through the M-2 money supply, which has jumped to $20.5 trillion from $15.5 trillion. That’s a gain of $5 trillion, or 32%. Now, we’re getting into the weeds here, but I like the weeds. I started my career in the weeds 48 years ago in open market operations at the New York Fed.

The only reason I’m putting these numbers on the table is to show you how big they are. In other words, emergency pandemic relief fiscal policy spent about $4 trillion last year, another $2 trillion this past winter, and is possibly headed for $6 trillion in the next month or two. (Save America. Kill the bill.)

Meanwhile, the Fed was doing its part by pumping in $4 trillion of high-power cash, leading to a $5 trillion jump in the money supply.

All that Fed money was basically sitting idle for much of last year. In the heart of the pandemic, with the government shutdown, most folks were playing defense by hoarding cash and avoiding risk. So, the money supply wasn’t inflationary.

As the economy re-opened, through the vaccine miracle of “Operation Warp Speed,” the Feds continued pump-priming. This really begins to threaten a longer-term inflation problem.

Excess money is different from pandemic shortages. Although it’s taken longer for market forces to heal those supply chain problems, continued Fed cash injections is a different matter. And a worrisome matter.

There is a connection between federal overspending, and Federal Reserve over-pumping. While budget deficits pile up, the Fed seems to be financing government spending and borrowing.

Over the past 18-months, the central bank has purchased 57% of new, marketable Treasury debt issuance — 57%! That’s not supposed to happen.

I remember that well. I was there. In Latin America, and some other places, central banks buy the debt, print all the money, inflate the economy, and destroy the currency. Fortunately, we’re not there yet. King dollar is strong and reliable. Gold hasn’t moved in quite some time. commodity prices are on the rise, suggesting that Mr. Powell & Company are too loose and even the CPI break-evens in the inflation-adjusted Treasury bond market are showing higher inflation expectations.

So, I’m getting worried. The Feds should have stopped buying mortgage bonds six months ago. It might be that they’ll taper their portfolio purchases in a couple of months. Who knows? The rise in long-term bond rates in recent weeks is probably signaling the Fed that it’s time to raise their target rate before a serious inflation breakout occurs.

Meanwhile, the Fed and, I presume, the White House were right to dump the Dallas and Boston Fed presidents for trading stocks and bonds. That’s a real big no-no. By the way, we couldn’t do that in the executive branch.

I am, though, really concerned that more and more federal spending and more and more borrowing puts more and more pressure on our central bank to finance the Democrats’ big-government socialism cradle-to-grave, welfare dependency assault on work, wages, jobs, and prosperity.

The Fed has a tradition of independence, but if it caters to the Democrats’ far-left progressive wishlist and finance it, they will lose their independence. We will lose the inflation race, and we’ll lose King Dollar in the process. and that would be most unfortunate.

If the Federal Reserve Craters to Leftist Democrats, King Dollar Will Be in...

Let me begin this evening with some thoughts on today's Senate hearing with Treasury Secretary Janet Yellen and the Federal Reserve chairman, Jerome Powell. The perfectly awful title of this hearing is: "CARES Act Oversight of the Treasury and...

The federal reserve should be disbanded. We all know that a monopoly like the Federal Reserve Bank is not necessary. The Fed was created in order to stop the free banking. That didn’t work for quite awhile. So now the Fed is the biggest problem we have. The Fed controls the price of all important commodities. This does not make sense to me.

We use the Fed’s manipulation of interest rates to control our economy and prices. What are interest rates? Our Fed is charging us for storing our money. How do we fix that? What would be better than a bank? Banks are worse then the Fed. They will loan you money and then charge you higher rates for the money then the banks they lend to. You’re paying for the banks’ overhead. They need to reduce the rates paid to the banks to stop this cycle. I’m sick of paying high rates for the use of my own money.

The Federal Reserve System is unconstitutional and it is destroying our economy. All it is doing is charging us more and more for our money. If you had an opportunity to invest in something real like land, buildings, oil and mineral rights in a free market then you wouldn’t have to pay interest on your money. You’d just borrow from the banks. You’d be lending the banks money and they’d pay you the same rates. The Federal Reserve System is destroying the US economy.

The Fed is creating more criminals than it is stopping. It is a money launderer and price maker. Why would anyone want to borrow money from the Federal Reserve? They are ruining your interest rates. If you don’t want a monopoly why are you paying them interest rates? You don’t need a monopoly to pay interest rates. You should pay them nothing.

No country can survive a federal reserve. It would cease to exist in a few months. All control and manipulation of the market would end. Banks would still exist and make money. Businesses and trade would continue on. It would not be an end of the world but it would make a difference.

You act like the Left has no culpability in any of it.

Every POS politician has a hand in it… across the board.

If you got rid of government agencies, price of gas, milk and beef, poultry, would be in the cents. Over government regulations spearheaded by Democrats left-wing liberals and sold out Republicans are the sole reason for this mess we are in. BIG government must go

And they say the right is into conspiracy theories

You put them to shame.

responsible for the economic crisis that wiped out jobs,

It was Biden that caused this fu@king mess with all the closures and restrictions . I hope all the dem Cities fail badly ! 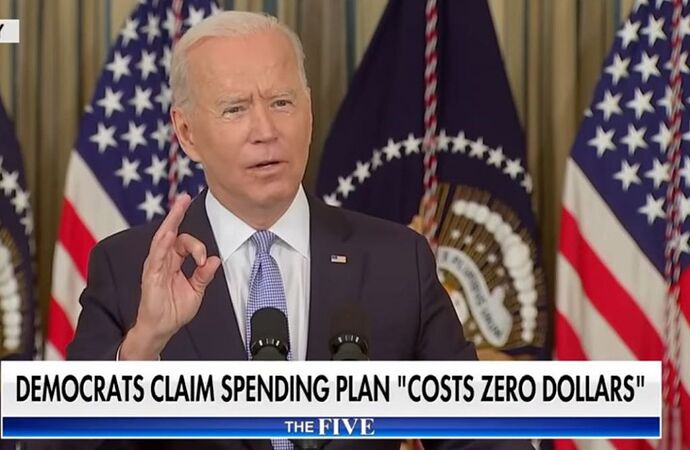 Have you forgotten how much the top 10% pays in income taxes compared to the bottom feeders???
Would you like that tax burden and be ridiculed for not paying "YOUR FAIR SHARE " !!! How would you like to be a star athlete making say 30 mil a year and having a BATTALION of ACOUNTANTS and LAWYERS looking to reduce you tax burden.
Guess you never thought of that which is far beyond the ability of whatever type of brain you have to comprehend.

If the socialists get their way, we may eventually have only one bank. It will truly be the first national bank. 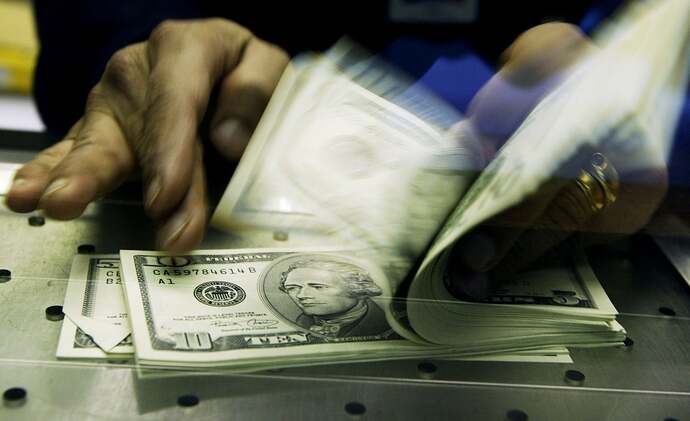 Power grab? The Federal Reserve soon may be our only bank

Saule Omarova, Biden's nominee for Comptroller of the Currency, desires private sector banking to be the purview of the Federal Reserve.

As Joe Biden’s policy failures dominate the headlines, one piece of his agenda hasn’t reached many mainstream news outlets. His nomination of Office of the Comptroller of the Currency, Saule Omarova, is critical yet was barely mentioned in last week’s news cycle. The nomination signals the likely direction of poor fiscal policy, even bleeding into the nominally non-political Federal Reserve, and the various ways the federal government could gain control of Americans’ banking and spending habits.

So democrats pay the most taxes in America….

What an asswipe you are …

Joe Biden May Owe as Much as $500K in Back Taxes According to Government Report (welovetrump.com)

Does Al Sharpton Owe Millions in Back Taxes? | Snopes.com

Interesting assumption on your part.

It doesn’t speak to the largest voting block the INDEPENDENTS!

Well there you have it. You are incapable of conversation without name calling. Of course you’d never do so in person, but from the safety of your Wyoming cave you mouth off…good day….

Wyoming s a wonderful place to live as we have very few people like yourself.