This is a good read if you take it all the way to the end. We are likely in the midst of a planned process toward becoming a totalitarian state. 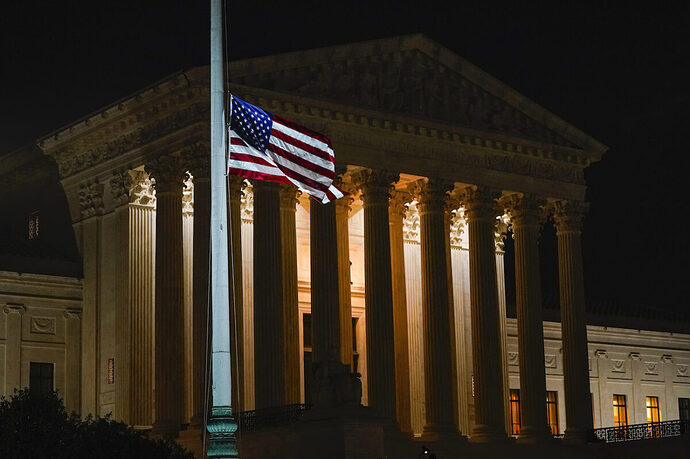 News Analysis: The formation of a totalitarian state is just about complete in America, according to several experts on modern totalitarian ideologies.

How a change in government is accomplished:

What was left out was the commandeering of communications. We are seeing that today with platforms deleting accounts.

What was left out was the commandeering of communications. We are seeing that today with platforms deleting accounts.

I don’t think it was left out, it explicitly detailed a move by media pundits to eliminate dissenting voices such OAN and Newsmax as a means of conformity! It also detailed Facebook, Google and Twatter’s moves to eliminate non conformist ideologies and have been given reign for creating arbitrary measures to control information for an elitist point of view who desire to eliminate individualism and replace it with collectivism.

There is still a lot to unpack in this article and certainly gives impetus to ponder this subject on a deeper level with eyes to the future. The biggest take and the most threatening IMO is the Covid passport being used as a social credit score system and alignment with Chinese style of Government in how it deals with dissenting opinions. The fact that Biden is a CCP puppet does not bode well for our future sovereignty to which our rights will be infringed upon with impunity. We are already had a taste of this from the policies resulting in the Covid crisis on the local level.

The Biden regime is rearing its head in America relies on corporate executives to implement its agenda voluntarily but also through intimidation by online brigades of activists and journalists who take initiative to launch negative PR campaigns and boycotts to progress their preferred societal structure.

I am not sure that is going to work. But right now I am advocating for boycotting. I am currently doing research on various things to which can be tools to be used. I decided I am going to take an activist role and join the rebel alliance group. I am tired of sitting back and watching. First step for me is leaving HK which is happening very soon. The rest is for later.

Maybe today, but tomorrow, the next day and the day after that who knows. Karma sometimes has some twisted ironies in store! Even for the elite are not immune.

Yes, the liberal businesses will continue to help the dementia king.

Sure they will, but after losing 52 billion (is no small drop in the bucket) dollars Twatter is feeling love as is Facebook. Amazon is next!

The next time you hear some weak “Republican” or overly-credentialed leftist sounding stupid on TV, prattling on about Our Democracy™, remember that it’s not about America’s well-being at all. Don’t fall for the gag. Instead, it’s about the ruthless obedience to the establishment’s mandated social norms. Nothing more, nothing less.