ICE takes yet another child sex predator off America’s streets

Immigration and Customs Enforcement (ICE) has announced that it has arrested a “Most Wanted” illegal alien who had a conviction for felony sex with a minor, according to a press release issued Wednesday.

“Once again, I am waiting for San Francisco officials to tell me how not turning over Mr. Gamez made our community safer. San Franciscans deserve better,” said David Jennings, the director of the ICE San Francisco Field Office. “There is no reason this convicted child predator should have been turned loose into our community. Even California’s misguided SB54 sanctuary policy allows local authorities to turn over to ICE any criminal aliens convicted of felony crimes of sexual exploitation or crimes endangering children.”

ICE expressed its displeasure at these circumstances in a statement within the press release.

“Cooperation between ICE and local law enforcement is an indispensable component of promoting public safety,” the agency in the press release. “Current California laws and policies severely impede local law enforcement agencies from working with ICE to hold criminals accountable and provide justice and closure for their victims. Sanctuary policies shield criminal aliens who prey on people in their own and other communities.”

In this situation, sanctuary city laws kept a convicted child sex predator and domestic abuser with an extensive criminal record on San Francisco’s streets. In order to urge cities to reconsider these dangerous policies, President Trump has threatened to withhold coronavirus aid to sanctuary cities. 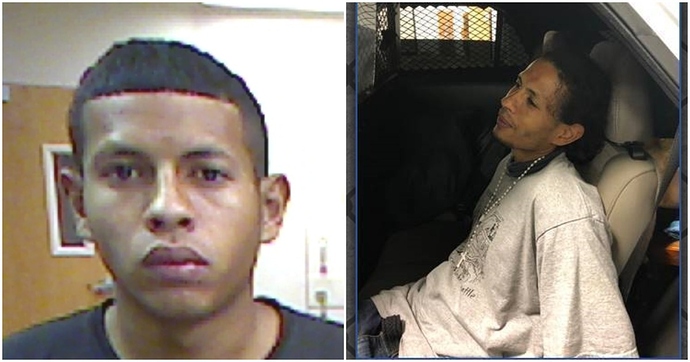 At some point citizens will wake up and elect those that have Americans interests at the forefront . I’m not holding my breath .

WOW! if you are on the lam, great place to hide!

When are people like Nancy Pelosi and Gavin Newsom going to start housing these animals in their own homes? Nancy should invite this fella over for some fancy ice cream so he can babysit her grandkids unattended. Let’s see how much she likes being at the mercy of these monsters.

At some point citizens will wake up

No. They will move out of commiefornia and infect other state with the same old leftist cancer.

No. They will move out of commiefornia and infect other state with the same old leftist cancer.

Many already have - most are moving to Texas. In the San Antonio area.