"I will use those dietary regimens which will benefit my patients according to my greatest ability and judgement, and I will do no harm or injustice to them."

The first lines of the Hippocratic Oath. The Nightingale aath, which is a similar oath taken by nurses, says that one should not administer any harmful medications, or participate in any harmful procedures.

I’m still livid at the fact that the governor of Virginia advocated for living, breathing human beings to be discussed about whether they live or die, seconds after birth. It disgusts me, as someone who wants to go into the medical field as a doctor, and it should disgust you, as a moral human being. People are sacrificing the rights of those who cannot speak (who still have the potential to grow and mature into functional adults) for the convenience or supposed “health” of those who can.

Now let’s get into why I made this thread. No one is noticing the transformation the healthcare field is undergoing. The American Nurses Association, according to this article, hails a decision made recently in Texas (2016) that affirms Roe vs. Wade. You can see the full statement here: https://www.nursingworld.org/news/news-releases/2016/ana-hails-supreme-court-decision-to-protect-womens-access-to-reproductive-health-services/ 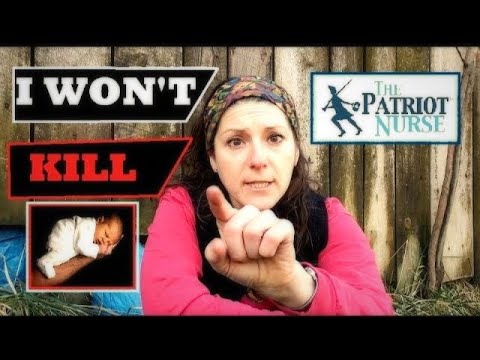 Meanwhile there are some healthcare providers who disagree. The woman in this video seems to be livid about how legislation such as the bill in Virginia could even be manufactured, how anyone could ever advocate for it as the governor did. They say it’s for the health of the mother, but even in the most severe cases, induced labor or a c-section is performed, not an abortion. This goes against the Hippocratic Oath, the Nightingale oath, and standard protocol.

How could anything like this even come up for a vote?! I used to think that I could compromise with pro-abortion and pro-choice advocates, but I’m done having civil discussions with them. Guns are drawn. Because they (for the most part) are hateful people, some of which, shame women for wanting to keep the child. They always suggest that abortion is an alternative. It’s not just about the woman’s body, and pro-choicers ignore this very fact.

I will happily die on this hill. I will never comply with such procedures, if someone ever comes to me wanting such to be done. And I encourage everyone else to do the same.

I find it hard to understand why if a baby can be born and the mother does not want it, she cannot automatically let it be adopted but would rather kill it.

So, yes it is disgusting. But there are wingnuts who fully support this. IMO sick people with no conscience. More and more of them are coming out of the woodwork and there isn’t a thing we can do about the level of sickness that infects the minds of some.