Hypothesis, why some Politicians act as they do

The connections between the emotional part of the brain and the decision-making center develop at different rates and various degrees of development. Stimuli play an important role in the development of these connections.

That’s the big reason why Democrats would like to see the voting age lowered to age 16. These people are easily persuaded by playing on their emotions.

You can have an extremely intelligent person that makes some very dumb decisions.

I agree… especially about the part where they play/prey on vulnerable minds. But I will add that another type of vulnerable mind is the kind that is creative but not analytical… regardless of the emotion factor.

The rational part of the Human brain isn’t fully developed and won’t be until age 25 or so.

The concept that a person becomes a full adult at age 21 dates back centuries in English common law.

The legal age for military service used to be 21 until Franklin Roosevelt during WW2 lowered it to age 18. Latter the 26th Amendment lowered the legal voting age to 18 as well as alcohol consumption. President Reagan signed the National Minimum Drinking Age Act of 1984 which raised the legal drinking age back to 21. However back in 1984 a lot about the human brain had yet been discovered.

The military through basic training deprograms people then reprograms them. They want younger people because they are easier to reprogram and most are fearless. You take someone in their late 20’s or older they know better and won’t be so eager to follow orders without question.

Don’t give them any ideas.

"The DC elites are people born to live in a hierarchy of power and position disconnected from any external tribe. Their sense of importance is affirmed by perceived status and expressed through their daily conduct. A world of think-tanks, superiority training, traditions and policy-making enhances their sanctimonious self-importance at a pathological level. The common reference here is James Comey.

These cloistered communities generate people who find themselves in line during a vacation and cannot reconcile their wait-time amid those who do not recognize them. Their frame of reference is to stand aghast saying: “ don’t you know who I am? ”

Back in their tribal DC community their restaurant seating is determined by their status; an unspoken social structure where simple indulgences are afforded in relation to their inherent power and social position within the community.

If we attempt to reconcile corrupt behaviors and motives from our own social reference points, nothing they do makes sense. However, if we accept that inside their bubble their norms, customs and structures are exclusive to a particular sect of life amid those who make the rules everyone else must abide by; then their corrupt behavior -and more specifically their underlying motive- becomes more understandable." Mark Bradman

Be careful who you quote.
https://www.jenkuznicki.com/exactly-motivates-conservative-treehouse-website

I know who I am quoting! You posting this link matters not to the point that was written and what it was saying regardless!

I wrote a OP IF you scroll down you will see “Why The Conservative TreeHouse is No Longer The Last Refuge” there you will see my criticism of the website.

Most politicians use the reptilian area of the brain. Either that or this: [ 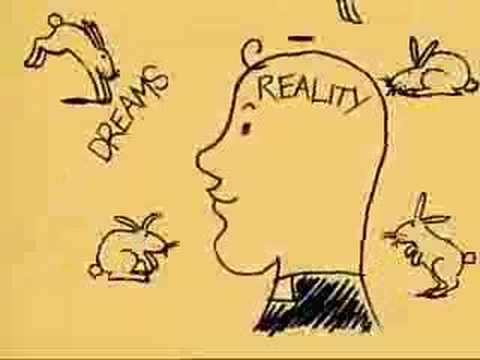 AOC is taking a lot of heat over her lack of knowledge. What she does not know she makes up using what she feels is right.

Politicians do what they do for one of two reasons.
Either 1 A lobby group paid them to do it
Or 2 They are being blackmailed I can agree with your assessment. Like AOC she is way too stupid to come up with the stuff she talks about. She takes credit for the Green New Deal when she had nothing to do with it. That is an initiative that started with the UN long before she ever considered running for office.

A couple tabs of LSD will have those regions communicating with each other in no time. Easy peasy! lol

I do think that’s what started the problems. Pelosi always looks like she is having a flashback.