Likely you’ll not see these stories in the MSM. Veterans are in need of our help. The Veterans Administration is drastically in need of reform.

Reddit user Diane_Kirkendall shared a photo reportedly taken in the waiting room in the wake of the suicide, with the caption, “Veteran takes his life in front of large American flag. The news won’t post this, they would rather sweep it under the rug and pretend Vet suicide doesn’t happen. There are hundreds of us vets who will never forget what happened yesterday at noon. RIP young brother.” 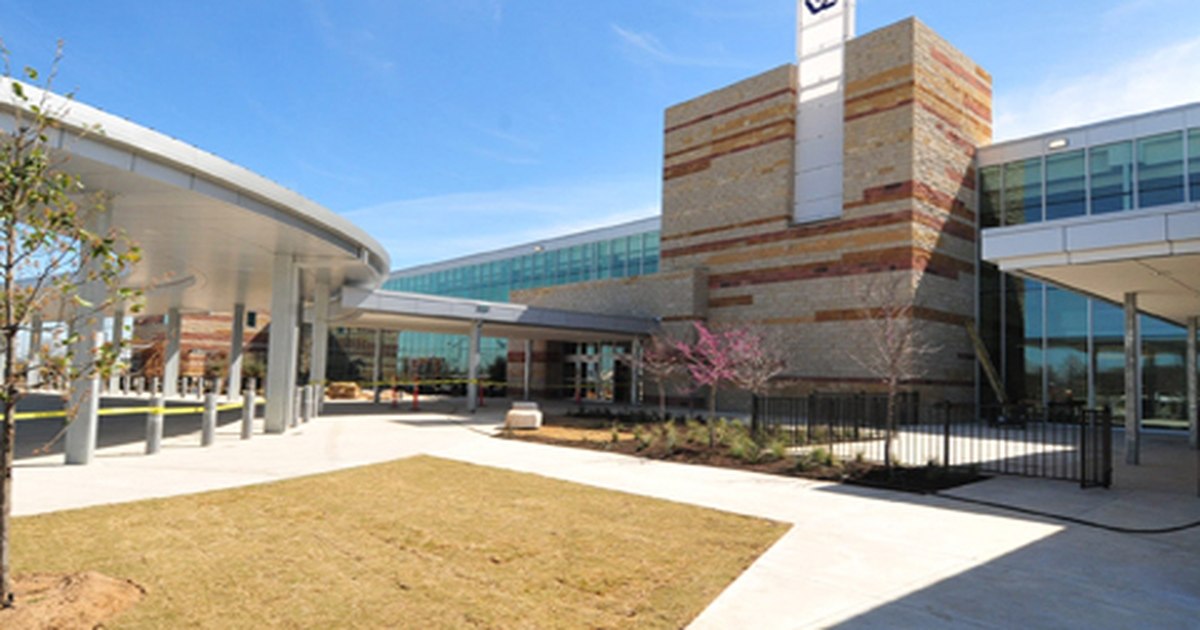 The Austin, Texas, clinic was subsequently shut down for an investigation. 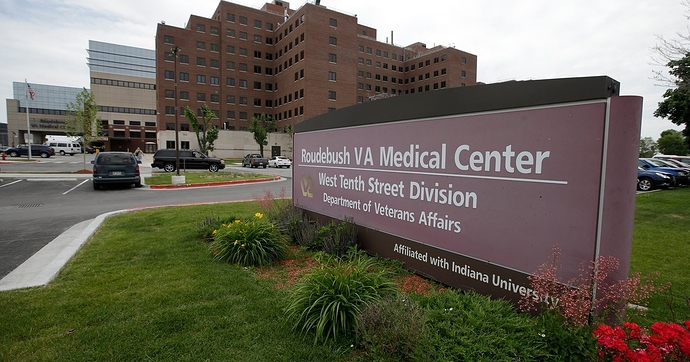 Vet gets his foot cut off because VA made administrative errors 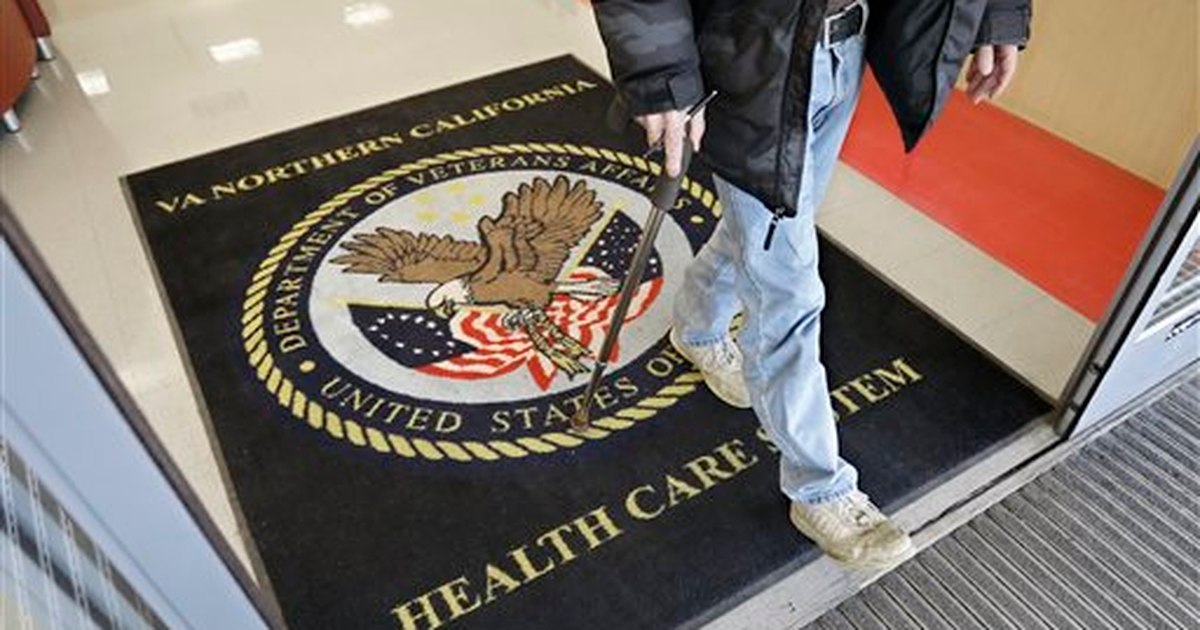 A new PBS documentary goes delves into the inner workings of one of the most important but beleaguered bureaucracies in American society. 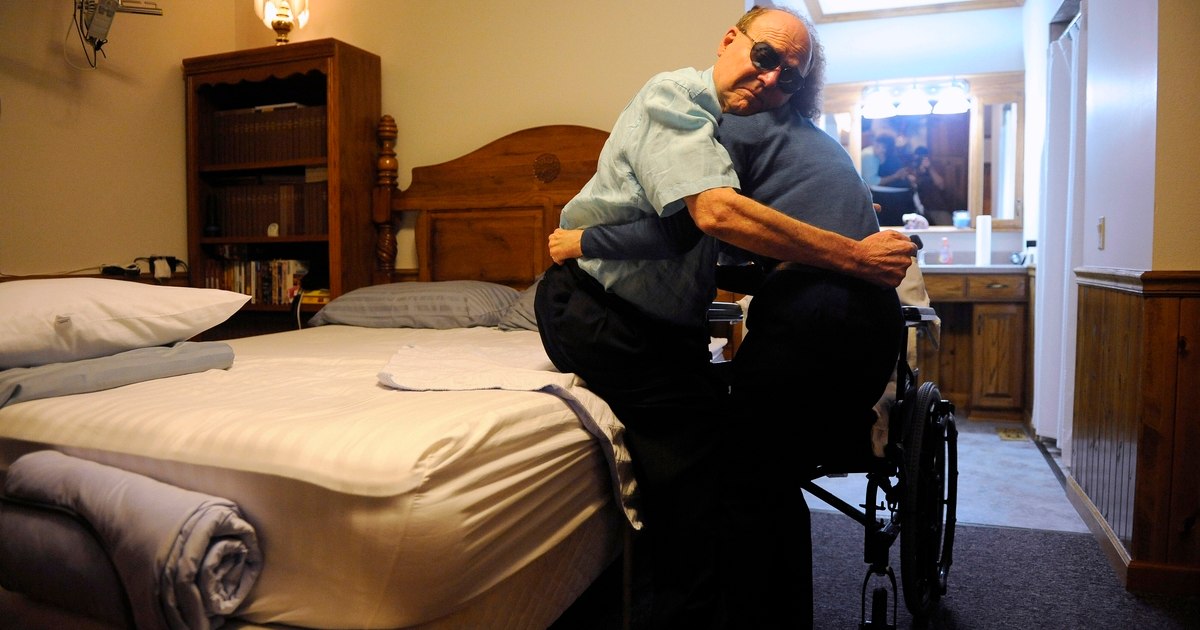 Veterans Affairs officials have agreed to a set of recommendations from a special advisory group designed to improve caregiver services and support.

Yes the VA is in desperate need of reform. In fact, I think it should be abolished altogether and replaced with a special healthcare plan for VETS only where they get the best treatment, and who get to choose their own doctors. Maybe I am out of line with that thinking, and perhaps others can tell me why, as I am not sure how the VA benefits soldiers as all I see are the horrible treatment our VETS get at the hands of the VA.

IMO, the VA is a litmus test as to why single payer healthcare and state controlled Hospital care is a very bad idea!

I think that the biggest problem with the VA is that all of its employees work for the government. I think you are correct in concluding that the performance of the existing VA is adequate argument to say that the government should not be in charge of health care for veterans…or anybody else for that matter.

I think all VA facilities should be sold to the highest bidder from among qualified private operators with the requirements that they can serve the general public but must serve veterans, that veterans will have priority in all scheduling, that they can hire and fire doctors and staff based on performance, that they can charge prices that are competitive with other medical service facilities, that the government will pay all charges incurred for treatment of veterans, and that no part of the facilities can be sold or transferred to any other owner without approval.

This method would likely cost the government (the taxpayers) less than the existing system and would definitely improve the services to our veterans.

The proceeds from the sales of all the existing facilities would be a large sum of money.

The actual cost of adequate health care for veterans cannot possibly be greater than what we now spend on the existing VA system.

Some privatization of veterans health care has already been initiated. 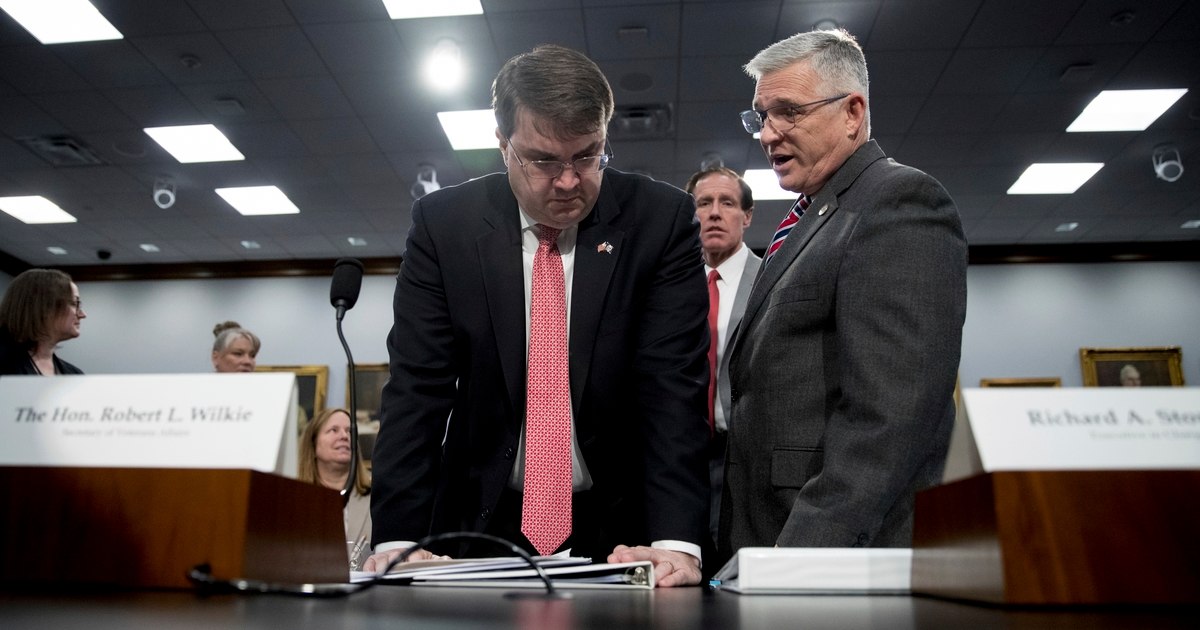 Only eight months into the job, VA Secretary Robert Wilkie's moves now could define his department for generations to come.

The turmoil has been replaced with an intense focus on the Mission Act, which includes an overhaul of VA caregiver support rules, plans for a base-closing-style commission for VA facilities and the new outside care rules. The measure was signed into law by Trump just a few weeks before Wilkie was sworn in as the department’s 10th secretary.

The caregiver rules and facility review will come later this year. But revising the outside care rules has been the primary challenge facing VA leadership since Wilkie walked into VA headquarters, located less than a block away from the White House.

Currently, taxpayer-funded private-sector medical appointments are available to veterans who live 40 miles from the nearest VA facility or face a wait of up to 30 days for care. The new rules, developed by Wilkie’s team, would extend eligibility to veterans who face a 20-day wait or a 30-minute care ride to a VA facility.

“It is not what it has been purported to be, and that is what I would call ‘libertarian choice,’” he said. “You don’t give a veteran a card and say, ‘thank you very much, the private sector is wide open to you.’”

But critics are unhappy with more than just the rules as written. They say that Trump’s team is working to undermine VA health care as a viable enterprise, by promoting outside care as a better solution for veterans’ medical needs.

Groups such as Veterans of Foreign Wars and Disabled American Veterans has voiced concerns that the messaging of the changes emphasizes convenience of care over quality. Outside doctors, they note, don’t necessarily have experience diagnosing post-traumatic stress disorder or burn pit illnesses. They’d rather see efforts put into improving VA access options.

For Wilkie, it’s not an either-or option.

“Our spending on tele-health has gone up at an exponential rate in the last few years,” he said. “We’re on the cutting edge of using it for mental health issues. It also reaches into rural areas and, importantly, we’re allowed to [provide it across state lines], what the rest of the country can’t do.”

Asked if VA will be promoting outside care over VA care to veterans, Wilkie did not provide a direct answer.

“The Mission Act says up front that it’s the veterans’ health interest that is first and foremost. So that veteran will have a care team at VA who will speak with him and talk about the options for him.

“Nine times out of 10, he’s been probably going to stay with the people that he knows and the community he knows … The pull of the culture on people to be where they share experiences with others is very different from any other segment of the country.

“And as I said even as VA has had hiccups — and we’ve overcome those hiccups — we’ve actually seen the number of veterans asking to go into the private sector drop.”

I like your idea even better! I think you should seriously consider in how you can get your idea to Trump! I am not sure how to do that, but maybe if I may suggest is a video with your idea and then publish it on Youtube! Letter writing is good too, but a Youtube video is much more effective IMO.

Just give the vets good insurance and allow them to choose where to obtain medical services. If existing veterans hospitals can’t attract them as willing consumers they need to go out of business or be bought by someone who can.

What a bad way to start a Friday. My heart goes out to this man’s family. Pretty sad that we have to go and search this news out. Thanks for posting this, as sad as it is.

That is exactly my point. They can’t. They never will.

Sell or lease every bit of VA property to American companies that want to make a profit and serve our veterans with the quality of care they deserve.

Despite all the money and management our government puts into the VA system, it totally SUCKS when it comes to medical care.

Today, illegal aliens get better health care than our veterans.

On the essence of a promise veterans served this country, veterans gave up their bodies and souls for this promise. America your not keeping your promise. Make yourself great again. Keep the promise, fulfill the contract you made with your Veterans.

A man is only as good as his word. 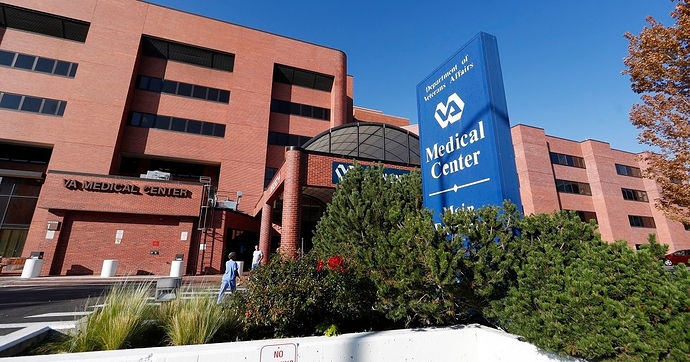 Between October 2017 and November 2018, 19 veterans committed suicide on the grounds of VA medical facilities.

The Austin, Texas, clinic was subsequently shut down for an investigation.

Bet they install metal detectors in the buildings faster than they help the veterans. Take care of yourselves, brothers and sisters. It’ll be another 20 years before we find out what our latest “agent orange” is.

“You talk o’ better food for us, an’ schools, an’ fires, an’ all:
We’ll wait for extry rations if you treat us rational.
Don’t mess about the cook-room slops, but prove it to our face
The Widow’s Uniform is not the soldier-man’s disgrace.
For it’s Tommy this, an’ Tommy that, an’ “Chuck him out, the brute!”
But it’s “Saviour of 'is country” when the guns begin to shoot;
An’ it’s Tommy this, an’ Tommy that, an’ anything you please;
An’ Tommy ain’t a bloomin’ fool – you bet that Tommy sees!”
KIPLING

The way the VA has been shitting on us since the end of the Vietnam Era I’m just surprised it hasn’t happened more often and that VA facilities have not been frequent targets for mass shootings.

There are few things more frustrating than trying to deal with the VA.

As bad as it is today it is so much better than it used to be. Both Bush and Trump have made great strides in improving Veterans Services.

The worst I’ve see were the “Obama Years”.

Doh… my bad on the redundancy.

I would expand it to all veterans. Only about 10% of injuries that will plague vets into old age are combat related.