HuffPost lays off dozens of "journalists" 🤣 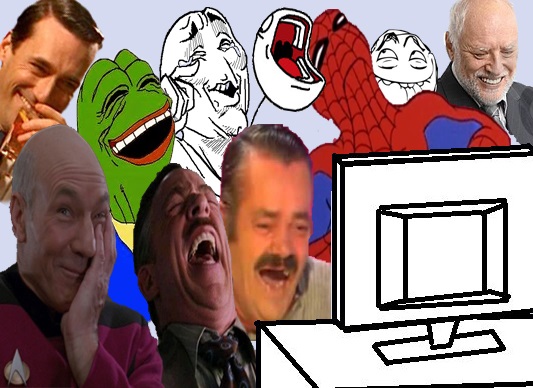 Maybe they should learn to code.

The layoffs come as new editor-in-chief Lydia Polgreen is “assembling a newsroom leadership team,” according to a HuffPost article reporting on the layoffs. Arianna Huffington, who founded the site in 2005 as the Huffington Post, left the outlet in August.

The 39 employees were represented by the Writers’ Guild of America, which released a statement that was tweeted by HuffPost’s media reporter. It states that fired employees will receive a severance package including benefits that will last for two months plus one week for each year the employee has been with the company.

The layoffs include David Wood, a military reporter who won HuffPost its first Pulitzer Prize in 2012.

HuffPost is “also a business, with all that entails,” Stein wrote.

Last week, it was reported that Verizon would cut 2,000 jobs across AOL and Yahoo, which are being combined into a new company called Oath. TechCrunch reported that the merger would result in about 15 percent of employees at the two companies being laid off. About 14,000 employees work at AOL and Yahoo.

Anti-male exterminationists will have to go home and cry over some ice cream with their 370 cats. Enjoy unemployment, baby killers. 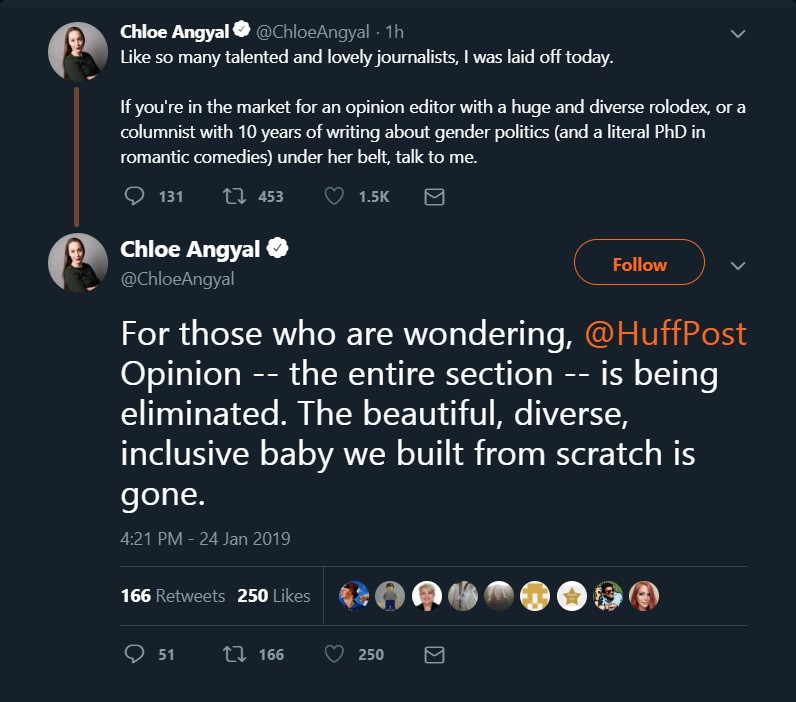 Maybe they should learn to code. 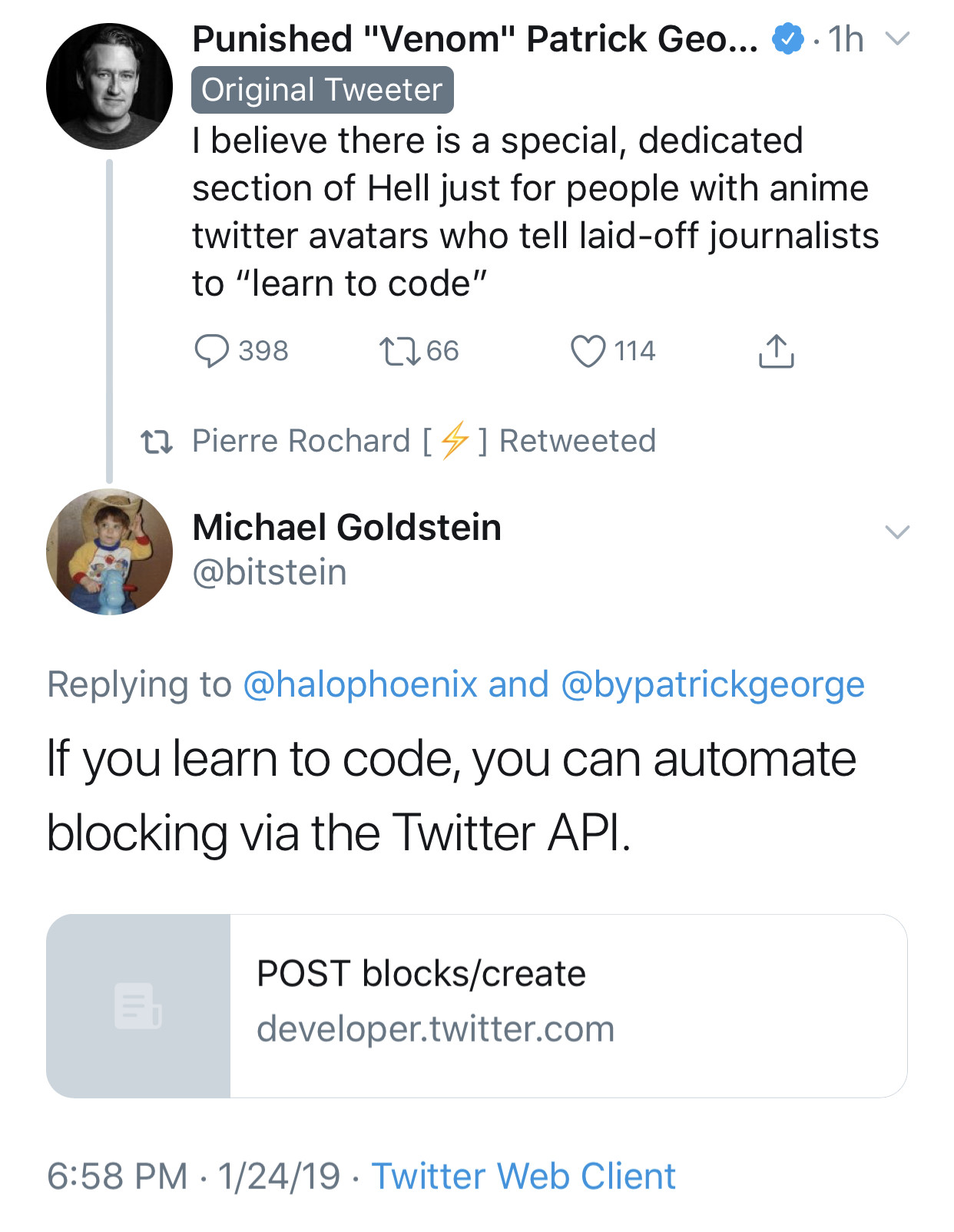 Couldn’t they just ask Soros for employment? Being loyal globalist shills and all.

They will look for goverment jobs that will open up once this suppose shut down is lifted.

HuffPost is “also a business, with all that entails,” Stein wrote.

What the hell! What happened to “living wage” and all that other socialist horse shit? 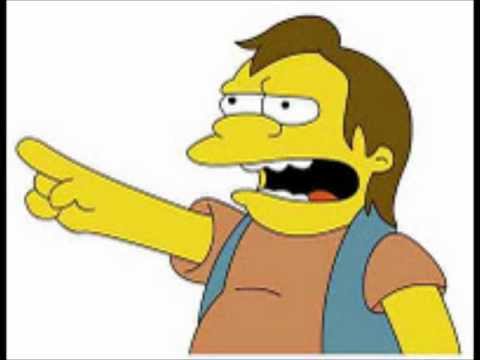 Political activist bloggers who libel, defame, and push political agendas as objective fact are not healthy for civic discourse or democracy. They increase division and disdain for real journalists who surface truth and shine a light on corruption.

HuffPo is an ethnostate cult of ugly, fat, bitter, and cunty man-hating angry vaginas and where boners go to die. 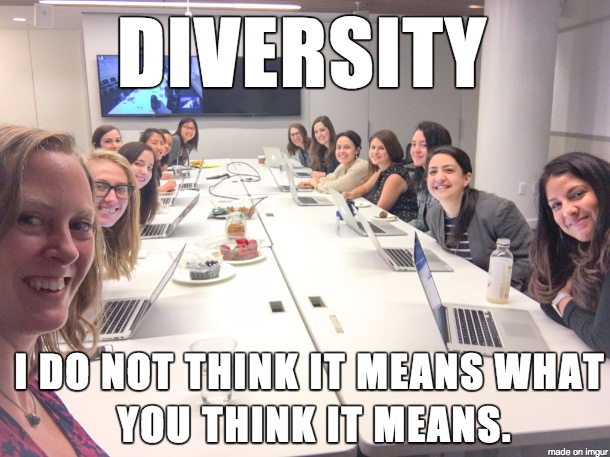 On her bio, and she confirmed in comments, she has a PhD in…wait for it…Romantic Comedy!

You know, at some point soon, these useless psycho feminazis will have no choice left but to light themselves on fire and launch themselves off the top of Trump Tower! 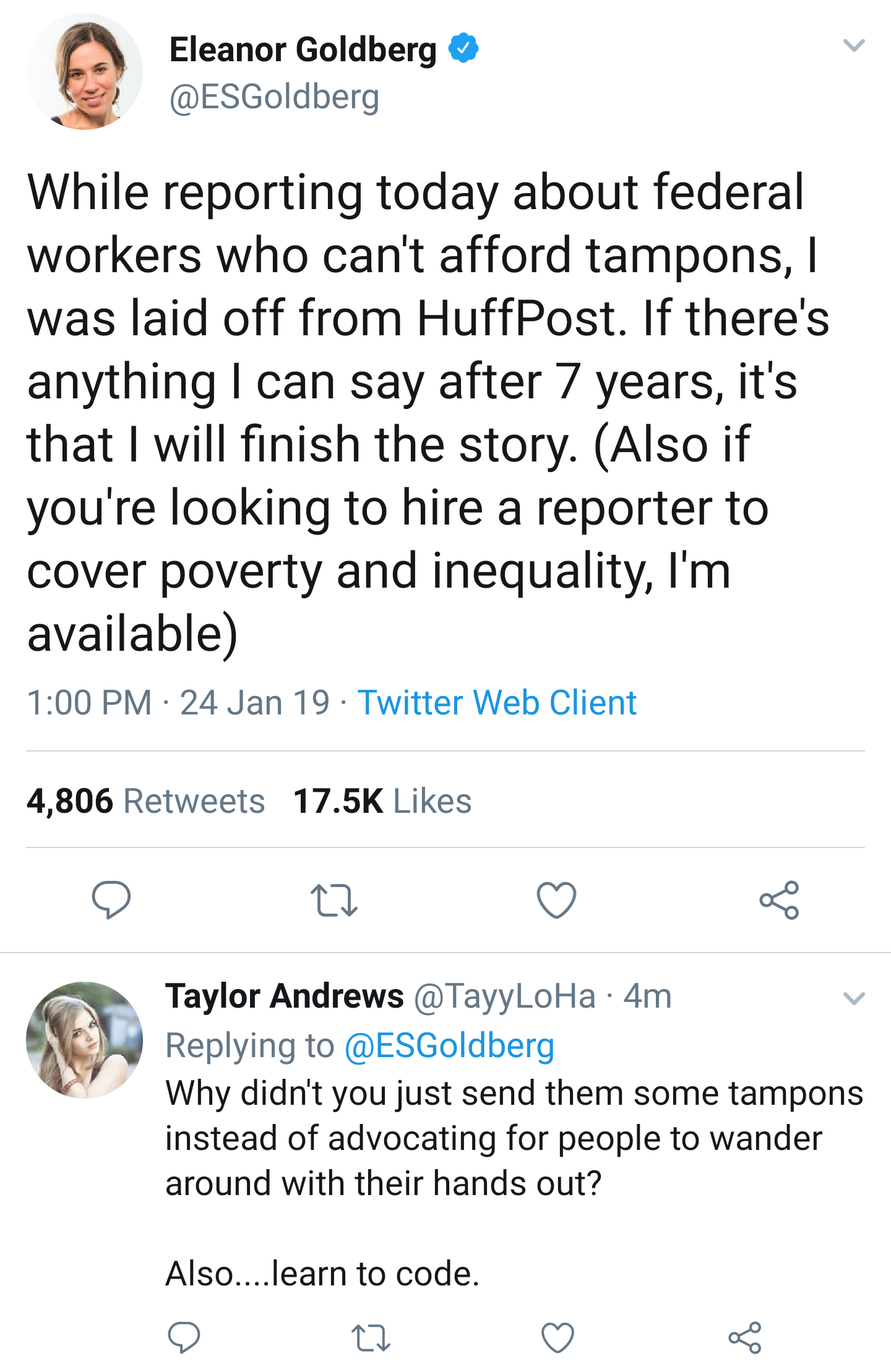 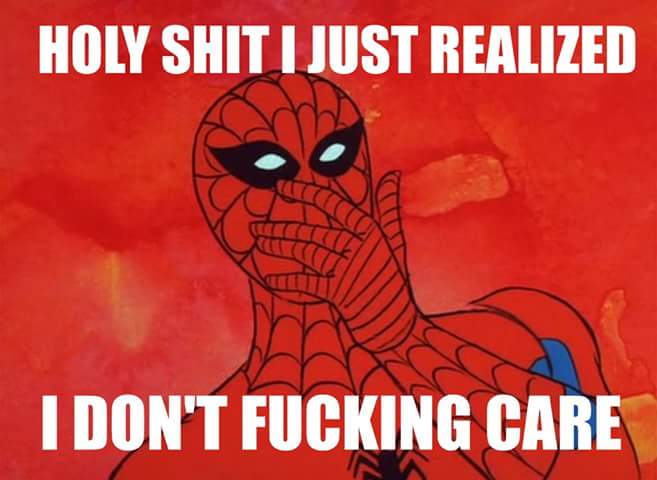 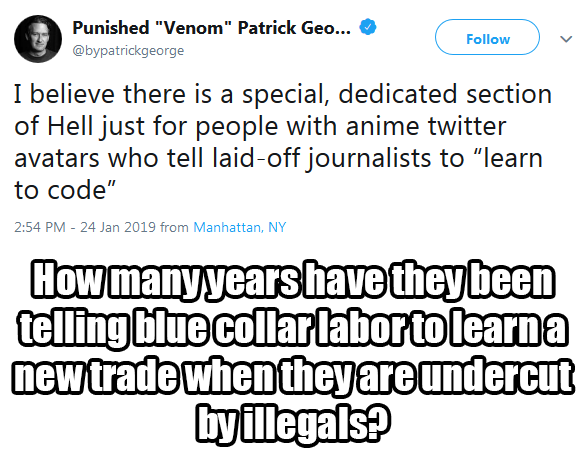 They got canned because the faucet for Obongo era literal Project Mockingbird hires has been shut off with the shutdown.