How We (As a Nation) View Ourselves

Masha Gessen has what I think is a really good article in the New Yorker, The Unimaginable Reality of American Concentration Camps

Like many arguments, the fight over the term “concentration camp” is mostly an argument about something entirely different. It is not about terminology. Almost refreshingly, it is not an argument about facts. This argument is about imagination, and it may be a deeper, more important conversation than it seems…

But the argument is really about how we perceive history, ourselves, and ourselves in history. We learn to think of history as something that has already happened, to other people. Our own moment, filled as it is with minutiae destined to be forgotten, always looks smaller in comparison. As for history, the greater the event, the more mythologized it becomes. Despite our best intentions, the myth becomes a caricature of sorts. Hitler, or Stalin, comes to look like a two-dimensional villain—someone whom contemporaries could not have seen as a human being. The Holocaust, or the Gulag, are such monstrous events that the very idea of rendering them in any sort of gray scale seems monstrous, too. This has the effect of making them, essentially, unimaginable. In crafting the story of something that should never have been allowed to happen, we forge the story of something that couldn’t possibly have happened. Or, to use a phrase only slightly out of context, something that can’t happen here…

The choice between these two positions is at the root of the argument between Ocasio-Cortez and the critics of her concentration-camp comment. It is not an argument about language. Ocasio-Cortez and her opponents agree that the term “concentration camp” refers to something so horrible as to be unimaginable. (For this reason, mounting a defense of Ocasio-Cortez’s position by explaining that not all concentration camps were death camps misses the point.) It is the choice between thinking that whatever is happening in reality is, by definition, acceptable, and thinking that some actual events in our current reality are fundamentally incompatible with our concept of ourselves—not just as Americans but as human beings—and therefore unimaginable. The latter position is immeasurably more difficult to hold—not so much because it is contentious and politically risky, as attacks on Ocasio-Cortez continue to demonstrate, but because it is cognitively strenuous. It makes one’s brain implode. It will always be a minority position.

This is an insight not just about the U.S., but about people in general – right from the manner in which the rise of modern news coverage caused the people of the U.K. to recoil at the thought of the world’s first concentration camps, to the manner in which acts like torture, ethnic cleansing, collective punishment and the like become things that only others should do, or terms that are off limits (at least as applied to the listener’s own nation) not because they don’t fit but because it’s difficult to grapple with the concept that your own nation is committing a historic wrong.

If we were to look at the “concentration camp” controversy a different way, I think the effect would be more clear. If AOC had accused Trump of opening “death camps”, the criticism would be of her making an absurd and inapposite claim, one that is not supported by the facts. There would be no need to call for the term “death camp” to be barred from use in relation to the camps, because people would see such a claim as being patently over-the-top. It’s because the language hits too close to home that the criticism has shifted to the metaphor.

The real test is whether the nation generates the political will to stop an outrage or injustice, or whether it instead settles on a more comfortable word choice and allows it to continue.

Yes let’s dismiss with reality completely to make excuses for democrats with diarrhea of the mouth.

You people seem to view yourselves as living in a video game role playing real people where you can turn reality on it’s head and change the rules every time you find yourselves losing and exposed.

The only “utrage” is that democrats have decided their road to permanent power is to aid and abet those invading our country unlawfully to the point the whole system breaks down and the only choice left then is to surrender the country to them.

They are traitors enabling, empowering, aiding, and abetting an illegal invasion of the US.

We should be a nation of LAWS !!! Dems make the claim our president manufactured a crisis at the border , yet they are quick to shamelessly post picture of the dad and his daughter dead by drowning . These illegals come from place far ,far worst than what you label concentration camps . What parent would put their children through the dangerous journey ? Are we suppose to allow as many as you dems want into our Country ? What has the Brits learned ?
https://www.dailymail.co.uk/news/article-1353362/Were-overrun-Brits-fear-immigrants-European-nation-poll-reveals.html
https://www.youtube.com/watch?v=f73iEXU0nHE
https://townhall.com/columnists/rachelmarsden/2017/10/25/immigration-crisis-has-quebec-feeling-under-siege-n2399672

The cited source of the “New Yorker” is all you need to know that the subject matter is obvious it is bias and slanted in a certain leftist view. Also speaking of the magna characters of comic Art, I think there is something to be said about people who paint their hair so they can look like such characters and is really saying something else as you intimate at. 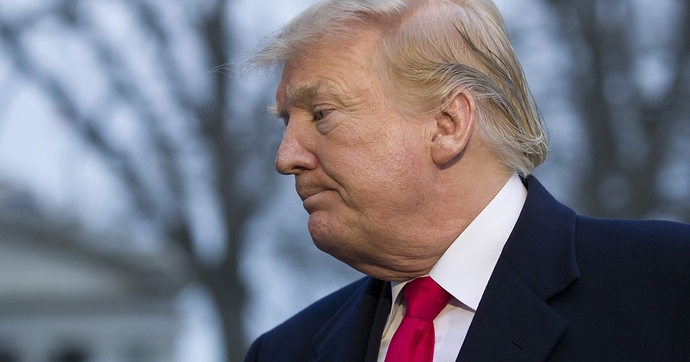 The toxicity of the resistance to President Trump has risen in recent days, with the nation's most respected newspapers publishing rationalizations for denying Trump supporters public accommodation and for doxxing career federal employees, while a...

I’m more interested in Obama’s “concentration camps”. Precedent is very important and it appears that the border patrol is just following the precedent that was set under Obama. 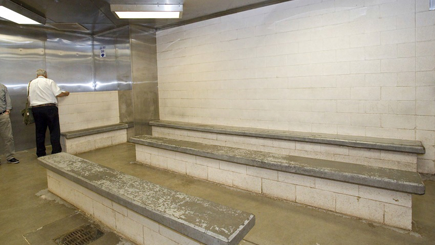 The class-action lawsuit complaint alleges that Tucson Sector Border Patrol holds men, women, and children in freezing, overcrowded, and filthy cells for days at a time in violation of the U.S. Constitution and CBP’s own policies. 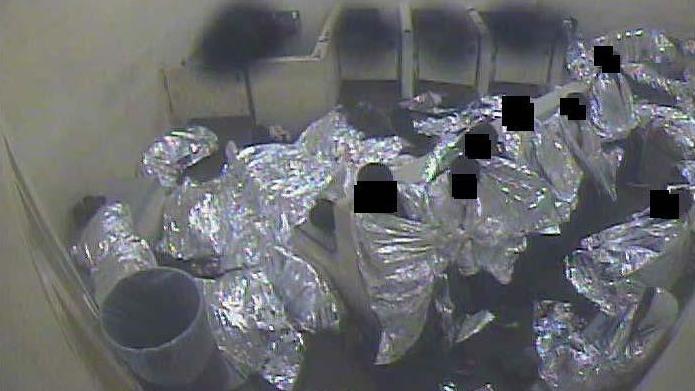 As part of a lawsuit, images from surveillance cameras at holding cells in Arizona have been made public. They show people huddled together, wrapped in thermal blankets, on bare concrete floors.

In September 2015, a woman changes a child’s diaper on a Mylar sheet in a dirty concrete cell. 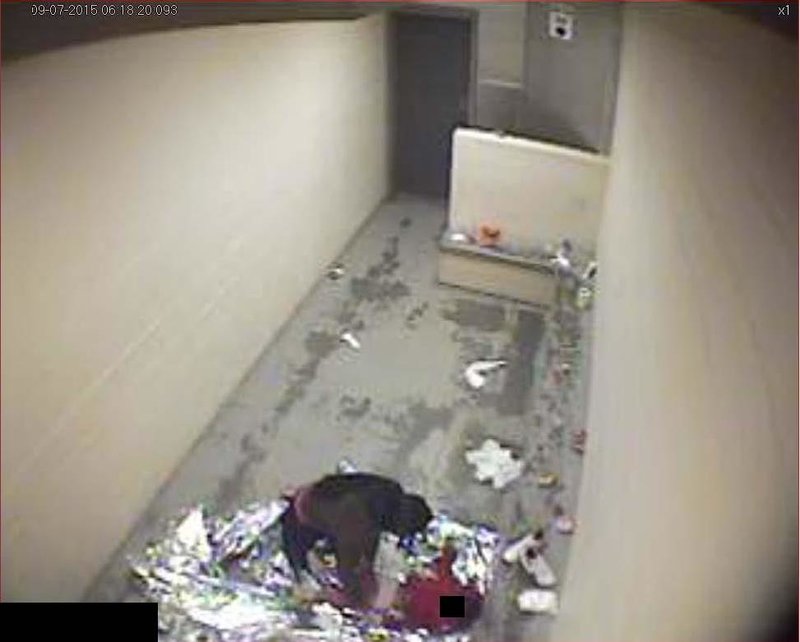 I bet the OP was silent as lamb about detention centers during the Obama years… and is now masking rabid TDS with a fake concern for illegals.

OP…You did not give a damn about them then, don’t pretend you care now. You are just still reeling from your loss on election day 2016.

It’s pointless! Leftist don’t debate, they just push forward fake news articles like these, and only debate among themselves while living in their own echo chamber!

Seems like @sooner got so embarrassed at being a low information ideologue that it is posting crickets now.

Life begins when you’re legal. So, by definition, there is no such thing as a death camp. Just make sure you don’t have an abortion before your life begins. That would be a double infraction. Not good.

Great post @sooner. I see the Trump brigade is triggered by a difference of opinion once again.

How we, as a nation, view ourselves is the main cudgel that has been used and is still being used by the right to combat most global initiatives. The term “American Exceptionalism” is used often. It probably offends the rest of the world no matter who is saying it. These two words alone make many think we have a default get out of jail free card in the world. Our view of ourselves as a nation creates a comfortable blind spot when it comes to the facts of history. No matter what descriptor you put in front of “camp,” it’s not going to paint a good picture. We’re a country that locked up Japanese Americans, won’t close the prison at Guantanamo and will apparently accept any kind of abuse of brown people as long as it’s not done in our town.

It is interesting and a bit fascinating that the POS stinking out the exec branch sits with dictators and autocrats and jokes about fake news, etc in front of the whole world, and his congressional cult zombies don’t bat an eye. I think he may be single-handedly negating the notion of American Exceptionalism. Our view of ourselves must surely move a bit as a result of this fiasco.

How many examples of Obama and Clinton sitting with Autocrats, Dictators and Marxists would you like?

Obama left us a nuclear NK and an ever rising threat of a Nuclear Iran to deal with and thus Trump is eating the shit sandwich left in the DoS’s refrigerator by his predecessors.

Apparently we’ve reached the point wherein true patriotism means you hate everything about the US starting with it’s founding documents, particularly that pesky constitution.

Have you seen what that damn football player did to Nike’s Betsy Ross sneakers?
Man does that ever make me angry!

How many examples of Obama and Clinton sitting with Autocrats, Dictators and Marxists would you like?

And apologizing to every Muslim leader he could find for whatever imagined grievances they had with the US.

Patriot tot he bone that man!

No amount of verbal legerdemain can make detention facilities that are overwhelmed precisely according to Dem. Plans – compare in the least to concentration camps. I’ve seen actual footage shot by the Nazis themselves in the camps; if Alexandria ‘bazongas’ Cortez had seen those instead of ‘Schindler’s list’ that comparison would never have occurred to her Kylie Jenner -level mind.
Asinine Occasional Cortex uses this term for shock value. I honestly believe most folks in the middle (politically) view her as an instagram millennial whose lack of scope in history, or anything else makes her see every issue as a binary of either agreement, or evil. That other Dems. feel the need for ideological purity permission slips from, is yet further reason to vote GOP.

She’s a mindless moron with a constant case of diarreah of the mouth and fingers.

She’s the perfect as rep for the “educational institutions” that gave her honors and degrees.

No amount of verbal legerdemain can make detention facilities that are overwhelmed precisely according to Dem. Plans

Isn’t it ironic that the whole situation is of the dem’s making and they have the nerve not only to complain about it but make it a campaign issue?

It is the definition of false equivalency the Democratic fall back position! Keep telling lies to cover up the last one!