Only three months ago, John Hopkins, the Bill and Melinda Gates Foundation and the World Economic Forum (a hive of self-professed globalists) ran a “pandemic simulation” called “Event 201” specifically focused on Coronavirus. Not Ebola, or Swine Flu or even Avian Flu - but CORONAVIRUS. The simulation features the spread of coronavirus in South America, blamed on animal to human transmission (pigs). The conclusion of the exercise was that national governments were nowhere near ready, scoring 40 out of 100 on their preparedness scale. The simulation projected over 65 million deaths worldwide. 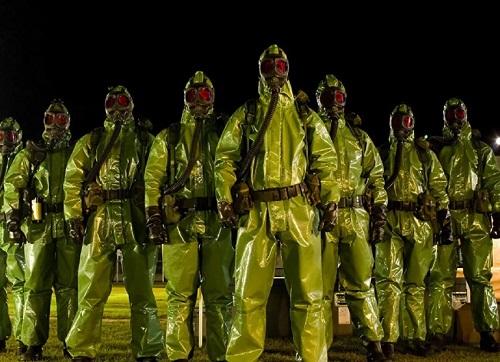 The reason why globalists want a collapse is simple - They need crisis in order to manipulate the masses into accepting total centralization, a global monetary system and global governance.

The reason why globalists want a collapse is simple - They need crisis in order to manipulate the masses into accepting total centralization, a global monetary system and global governance. They are also rabid believers in eugenics and population reduction. At the very least, a global pandemic is a useful happenstance for them; but the timing of the coronavirus event and their highly accurate “simulation” only three months ago also suggests their potential involvement, as it comes right as the implosion of the Everything Bubble was accelerating.

Well then they spent a whole lot of money almost certainly being wrong.

There’s very little chance we’ll see that many deaths. Possible, but only in a really “way out there” kind of way.

The viral outbreak per se may not be the biggest danger. It’s the psychological contagion. A convenient way to blame the impending economic meltdown on an external factor rather than on the criminal antics of banksters.

There is no “impending economic meltdown” and won’t be unless this gets so far out of hand as to force one.

There is no “impending economic meltdown”

There is no measure of the economies of the industrialized world indicating an impending collapse, period.

Yes I do know that.

There is no measure of the economies of the industrialized world indicating an impending collapse, period.

Note, present tense. Things could change in the future but at present there’s just nothing to indicate such a collapse is likely.

There is no “impending economic meltdown” and won’t be unless this gets so far out of hand as to force one.

Yes, now read the rest of the sentence.

Conditions can change but there’s nothing indicating a global economic collapse is even possible in the near future much less likely.

The greatest threat right now is the uncertainty of how things are going to play out with this virus.

there’s nothing indicating a global economic collapse is even possible in the near future much less likely.

I don’t see evidence of it when the the complete DNA of the CoronaVirus is already mapped out, to which an Antivirus will be made available soon. I would be willing to accept your premise if we were talking about about a virus in which was new, unknown and lethal. That to me would have far reaching consequences than this one is currently having. However that being said, your premise could play-out in future considerations if there was any truth to what you were saying, and this is just a trial run to see what kind of data they could collect. The next one would hit in a 5 year span or longer such as long as the last SARS virus happened. I am strictly speaking in hypothetical terms of course.

Which has nothing to do with a possible global economic meltdown.

There are absolutely no economic indicators point that direction.

In fact with the end of the US/China Trade war all indicators are looking even better.

Slight correction. There’s little chance an anti virus would be produced at anytime in the near future.

It will probably take at least a year to develop a vaccine but it will have to go through trials before it’s approved for human use in the US and Western Europe.

Right now it looks like the death rate is probably abut 4-5x higher than was the case for SARS but it’s still so early it’s hard to even guess.

My biggest fear having seen corona in dogs and cats is that it might have the same effect.

Generally veterinary strains themselves aren’t usually fatal but they tend to seriously weaken the immune system so that within days or weeks of the dog/cat recovering from it, something else like Parvo or canine/feline influenza hits them and they have nothing left to fight with.

We’ve seen some widespread fatal parvo outbreaks even among vaccinated animals along with the influenza just killing them in huge numbers following recovery from CV. 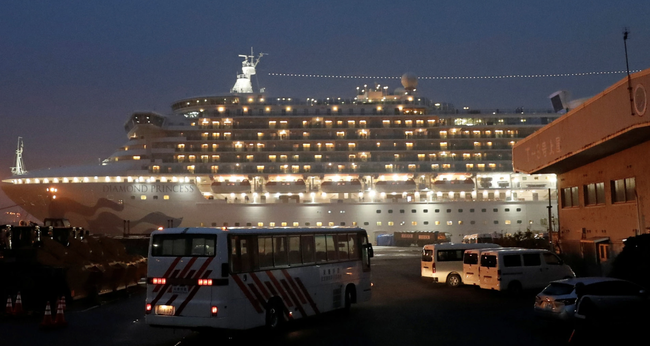 The globalists will use any excuse to further their agenda. That doesn’t mean that they caused this or even helped it along. Mother nature can be harsh, too.

Conspiracy theorists told us an ebola outbreak was been engineered so the globalists (whoever they are) could control the people. The same was said about SARS and now the narrative continues.

The globalists can engineer these diseases, release them but cannot ever seem to follow through.

Where is fortress USA that was supposed to be birthed after 9-11 with martial law declared and interstate travel only allowed by approval?

Conspiracy theorists always tell us why something really happened and whats going to happen but then when those predictions do not come to pass jump to the next conspiracy.

When they run “simulations,” it’s bad news and they are up to something.

Remember 911 and the London bombing?
They were preceded by simulations.

At the rate that those under observation are now being released from their various confinement locations, and China’s announcements of plummeting negative statistics, it seems that coronavirus isn’t as virulent as the common cold, so maybe it’s a storm in a teacup? I know there have been deaths, but maybe they were from 'flu rather than coronavirus. There’s a school of thought that the former is more dangerous than the latter.