How to Deal with Viruses and Malware

I’m using this thread to pull in some comments regarding computer viruses and malware.

tl;dr - don’t use MS Edge as your browser

Speaking of Viruses, There is a Browser hijacker, “Forms Hub App”. on this thread.

Another good reason to not use W10

What happened? What browser do you use? When did you first notice it? Has anyone else noticed any problems or issues?

Running some checks on this thread yields nothing.

Running a site-wide check yields nothing.

Another good reason to not use W10

I hear nothing but bad Moogumbo about Win-10. XP-Pro (WIN) 7 still works for me on my PC. Glad I never went to the later versions!

I am going to move this conversation to site feedback as soon as we wrap this up. This thread is not the place for it.

Ok - so I have gone in and checked the logs and our application files on the server. Nada. If you visit other forums that run antiquated website forum software like vBulletin or XenForo and clicked on a video, image, or even what appeared to be an ad, your browser on your computer might have been impacted. As a rule, we do not allow iframe embeds here. The ONLY iframe embeds we allow are whitelisted on our end and are from reputable sites (i.e., Facebook, Twitter, YouTube, BitChute, MEGA, etc). All content uploaded to this site has to meet strict standards upon an initial upload scan before being accepted by Amazon AWS for deployment - Amazon AWS does this on their end. Our ads are served directly by Google. Our house ads are basic HTML/CSS that we wrote and those have not been altered or tampered with.

I would strongly recommend scanning your computer for additional viruses.

Hi just saw your replies about the browser hijacker I encountered.

I have 3 scanners. I had been On this thread only thisv site open all evening , just reading and sitting open but inactive. It is possible I tapped an ad on touch screen with pen.

My Surface Go plugged into ethernet, was doing nothing else nor had I been anywhere all day.

I was using Edge, trying to scroll to end of thread and noticed a strange lag restarted system and then “Form Hub App” appeared at the top of the browser.

I ran Malwarebytes which had been clean earlier in the day. It found 7 items of Form Hub App and deleted them all. As precaution ran Norton and the Win Defender with nothing detected.

The event was sudden and at the time had been been on this thread only. I had fallen asleep with thread open. Then when waking noticed lag, rebooted and reentering thread the browser had the hijacker. Chances are It may be ad related and I touched an ad with Pen while scrolling down on touch screen. It was the scrolling down problem that made me restart.

My system was clean a few hours earlier and then immediately after running Malwarebytes…I had slept about a hour with thread open and computer next to me. Other then the site and this thread open, my computer was inactive.

Hope those details help. Probably Ad related. Chinese dress shop and Cat exercise wheel only ads I’ve been seeing other then the site ad about buying an ad or Merch ad…Probable I touched an ad. I think I had earlier read the donate now page.

Ok - chances are high that it didn’t come from this site but from known vulnerabilities with Microsoft Edge. You could have picked it up from anywhere as there are massive security flaws with the browser. It didn’t come from our system.

We recommend using Chromium, Firefox, or Brave. Chrome is far better as well, just understand your data will be mined by Google. Stop using Microsoft Edge. Change your default browser as soon as you select a new one.

Only other browser I use is Brave.

I use Firefox and DuckDuckGo exclusively. It took a while to make Firefox my default browser.

Also, I recently purchased a new Lenovo laptop that I occasionally use instead of this hp. When I tried to download Firefox, the OS wouldn’t let me. I got a notice that I was using Windows 10S…a system that allows app downloads only from the Microsoft Store. (How chickenshit of Microsoft).

Were it not for my need of Microsoft Office, I would ditch everything related to Microsoft.

It took some effort to switch back to Windows 10 (and the switch is NOT reversible) but I accomplished it and now run Firefox on all my devices including my android phone.

Also run NordVPN on all devices.

Computer viruses (and malware) are currently more likely to affect me than the new coronavirus.

I have no trouble with Windows 10.

I don’t use any antivirus software and have never once had an issue. I’m on Windows 10 and use Chrome.

Only other browser I use is Brave.

As you probably know, Chrome currently has a known vulnerability.

I stay away from Google of any kind, except YouTube and gmail accounts I don’t normally use. I don’t like or trust anything Google or any of them. . It’s bad enough having Android OS on my Sony TV. I don’t like Apple and only use an old Ipad and Safari for certain things.

My phone is a Win 10 Nokia, which I barely use. I am mad at MS for their announcement of an Android phone and will never buy one. I have both win10 and Linux on my older Alienware desktop but never use that for forums or news reading. None of it is perfect. I’ve found that those OS’s or Browsers that seem the most secure, are just being quieter than win10 or edge. They are all pains in neck. I see funny things with Brave as well. Friends I know (and clients) are always catching things with Chrome and Firefox etc. and come to me for help. I usually recommend Malwarebytes and Norton 360

On this Surface I mostly paint and visit this forum and previously “Hannity” forum.

As you probably know, Chrome currently has a known vulnerability.

I would like to see more on that. Even without using Advanced Security settings and 2FA…it just can’t be hacked because each session and tab operates in a secure sandbox.

Google Chrome has been named “most secure browser” at the Pwn2Own hacking event for two years straight. During both events, the browser was not hacked, while its competitors, Microsoft Edge, Firefox and Safari, were all compromised at least once.

Brave is just a clone of Firefox and Edge is trash. You may not like Google but they don’t mess around with security. Just make a dummy account not tied to you and you are good. 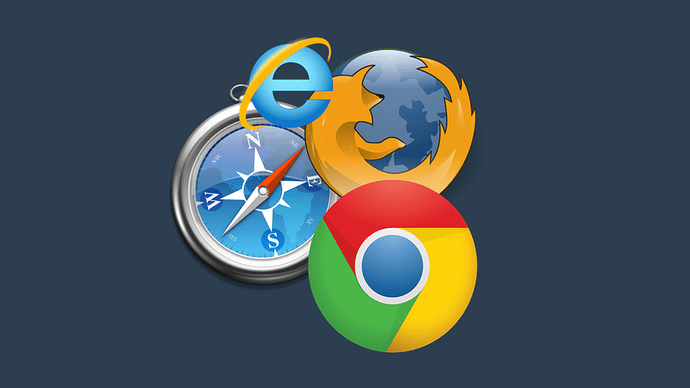 What Is the Most Secure & Private Web Browser for 2020? - Pixel Privacy

What Is the Most Secure & Private Web Browser for ? Maintaining your security and protecting your anonymity on the internet is arguably one of the hardest things to pull off when you’re browsing the web. However, there are quite a few...

As we know, even the most “secure” things and Sites, get hacked and get viruses.

Sure. To date Chrome hasn’t been hacked. Neither has Gmail. Google had a snafu recently with Google Photos but their core business is generating ads from search and web browsing. If their browser ever became a security risk it would put billions of dollars on the line. I don’t like their social justice policies and the like but from a security standpoint they have got their shit together. Everyone else is playing catch up. They truly set the standard for both search and browsers.

Did Google tell you that?

Looking at my history I see that while on this site, I did go to “National Cathedral” site from a link on “ProTrumpNews”. who was attacking Trump. I sent them a quick, short email on their email form, telling them off. Maybe that is where the browser hijacker came from.

I have a laptop that used Windows 8, and its a Windows (Microsoft computer) Anyway that computer is now unable to open and needs to be in the repair shop. I basically said fk it and didn’t bother with it to spend time and aggravation to send to the repair people. As far as Windows 10, I am sure some have no problems such as yourself, however, I read a lot of reviews on it and from what I can tell a lot of people are not happy with the OS and have experienced a lot of issues with it.