How Many New Wars Will Biden/Harris Start On The Orders Of The International Globalists?

Okay so as we all now know, they already have started a Domestic War against HALF the American population, this is straight from the school of Stalin and Mao.

So next up is the Perpetual Foreign Wars ordered on behalf of that Foreign and Alien Entity that has a Lobby Group of Fifth Columnists who in turn form part of what we refer to as The International Globalists.

I would say there will only be two New Wars started BUT they will be BIG and VERY DESTRUCTIVE to MOST of the World, as in the fall out and monumental ramifications in general.

DESPITE some thinking that the Democrat Party are AGAINST war with Iran, remember Hillary and Co were ALL for war with Iran.

So New War with Iran.

So New War with Russia.

A war with Russia very possibly could turn into actual World World 3, which The International Globalists will LOVE because as the majority of soldiers fighting, dying and killing each other will be Christians and even BETTER WHITE Christians, this means DOUBLE CELEBRATION for those Agents of Satan.

These wars are Commiecrats way of stimulating the economy and creating jobs.

Yep! There are three that immediately come to mind!

Why? Because they have no globalist banking cartel present in their country. They are a debt free nation and don’t pander to the PC SJW culture that the Globalist are advocating for.

Why? Same reasons as Russia, with a little bit of Zionism sprinkled in for extra measure

Why? Same as the aforementioned! No globalist banking cartel present, and strategic location for controlling commodities such as Oil and ports.

Why? South China Sea issue (although the least likely of the previous on this list as we have a Illegitimate President that is now bought and owned by China)

I agree on 1-3, number 4 is the strange one as you say the Fake President and his Crackhead loser son are bought and owned by China.

I expect that once Biden has been thrown overboard, this possibly will be before June 2021, that Fake President Kameltoe might be ordered to start some shit with China, whether this will be real or as fake as her and Creepy Joe who knows, it could be bullshit designed to hoodwink The Sheep into thinking the entire Democrap Party are not bought and owned by Communist China.

The Sheep into thinking the entire Democrap Party are not bought and owned by Communist China.

This is also plausible and if they are willing to go through great lengths to engineer a fake pandemic then creating a proxy war with China doesn’t seem that far fetched by any measure.

Exactly, they are experts in creating these False Flags. I would not be surprised tomorrow if they didn’t do a False Flag before or during the Installment of the Fake President and the Fake Vice President, designed of course to be blamed on Trump supporters and pushed fanatically by the Fake Media with the express intention of literally gutting ALL Civil Rights and Human Rights for anyone considered a Patriot and Anti-Commie.

They are probably going to intend at first to throw tons in Gitmo, this is why they have been pushing the narrative of Patriots being like Al-Qaeda and general actual Terrorists.

The Democraps SUPPORT Al-Qaeda like they SUPPORT ISIS, they are WORSE than Bad Hombres, they are Satanic Motherfucking POS.

Just as I previously stated if ends bad for me it ends bad for everyone, we are seeing our demise exacerbated with the RINOS treasonous behavior as they are not fooling anyone. The country is doomed and it won’t matter what the sheeple of the left cry about, they will be among the first to go when the SHTF!

Here we go! Just as you suspected, putting US troops back into Syria! This is bullshit!

The Black Op’s already arrived on Thursday again in Iraq I saw an article I’ll look for it and post it and SURPRISE SURPRISE the next day TODAY for the first time in several YEARS ISIS has re-emerged and done a suicide bombing killing a ton of people.

No such thing as a co-incidence. Obama and Brennan DEVELOPED ISIS and on numerous occasions gave them weapons and vehicles etc.

Okay here we go, this is it: 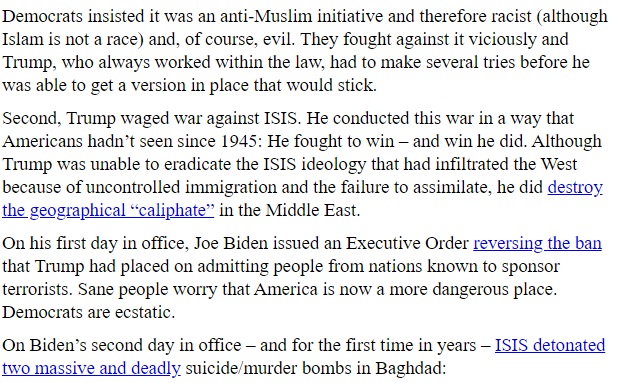 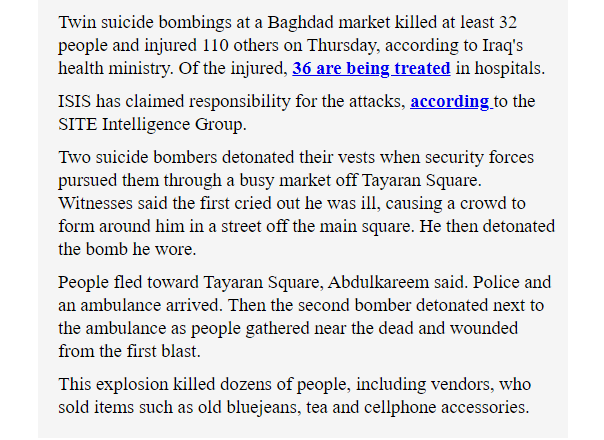 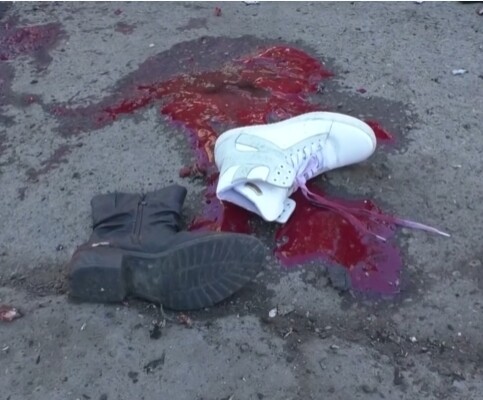 With Biden’s inauguration, the ‘JV team’ reemerges in Iraq

Barack Obama famously, fatuously, and erroneously dismissed ISIS as a “JV team.” Within a short time, that JV team had wreaked a path of extraordinary destruction across the Middle East. Trump squashed ISIS but Biden had barely set foot i...

Sigh! Well, to be in a more alignment with the prophets, it does start with rumours with war, and Syria, Iran, Russia is proving those predictions are aligning up.

Yes I agree and I agree and also the big event kicks off when the Fall of Damascus is announced, I know Damascus is in a TOTAL mess but it has still been operating as in it has not yet literally fallen.

Re-read Isaiah 17: 1-14 about The Fall of Damascus (The Prophecy Against Damascus)

Here also is an article: 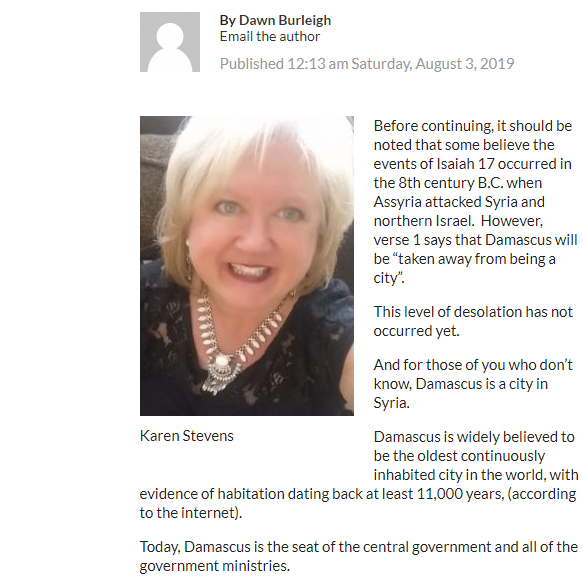 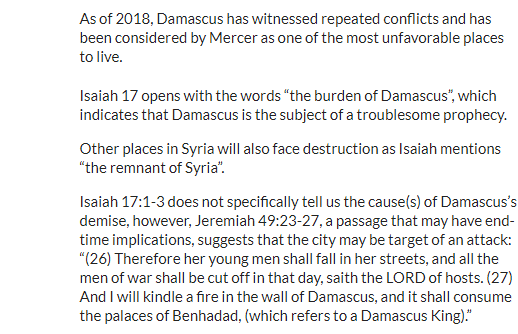 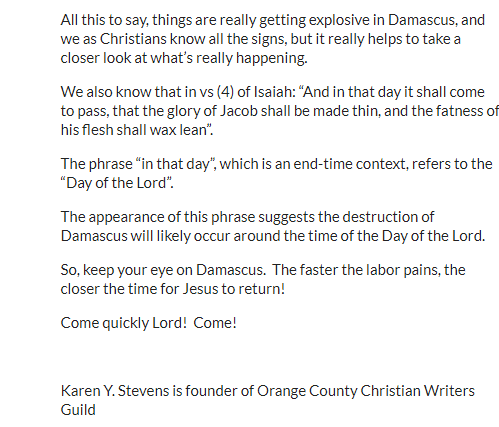 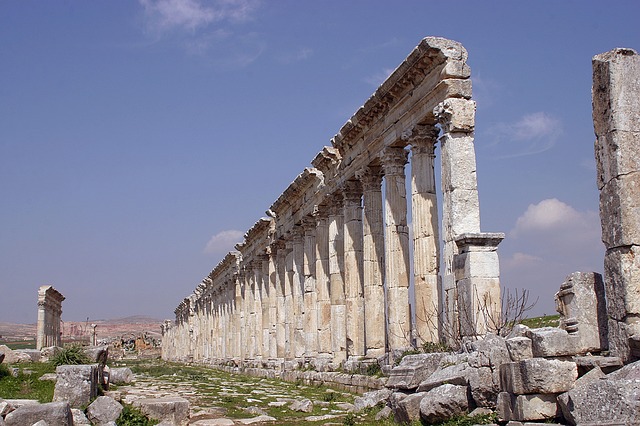 Before continuing, it should be noted that some believe the events of Isaiah 17 occurred in the 8th century B.C. when Assyria attacked Syria and northern Israel.  However, verse 1 says that Damascus will be “taken away from being a...

As we agree The Agents of Satan are acting SUPER FAST because their god Satan knows his time in charge on this earth is VERY SHORT.

They could not have acted any faster, The Neo-Marxist Totalitarian Regime was Installed on Wednesday…we are now on Friday, so 48 hours. The order to send The Black Op crowd to Syria and Iraq must have been give almost immediately after Midday on Wednesday and they literally jumped to and got there by Thursday, like I said they are acting SUPER FACT, their time is VERY SHORT and they KNOW it.

We are NEARING The Day of The Lord, it will be I think in just a few years, certainly I think BEFORE 2023-24.