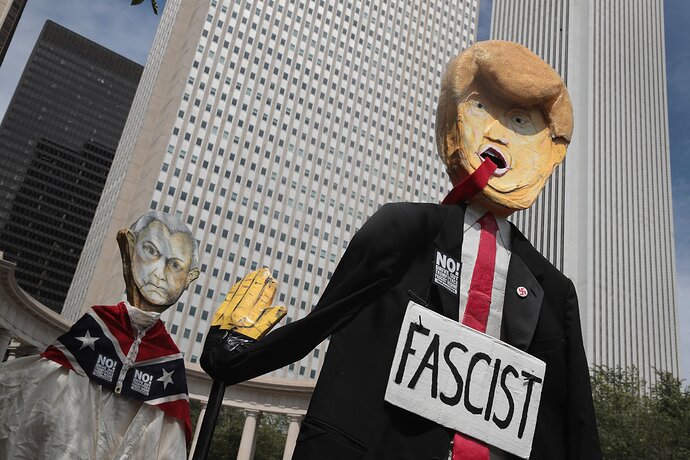 It’s not like it would be pushing a false narrative unlike when Republicans call Democrats socialists or communists. For the last 40 years Republicans have been moving towards fascism culminating in 2020 with their open failure to convict an obviously guilty DJT after his impeachment and willingness to destroy democracy in our country by supporting DJT’s unwillingness to recognize his failed re-election bid while simultaneously trying to cast doubt on the legitimacy of Biden’s win.

If Democrats could just learn how to properly communicate it shouldn’t be that hard to drown the GOP in its’ own little fascist bathtub.

How hard would it be to get all those “freedom” lovers to understand that a fascist state doesn’t care about freedom of speech because it might be subversive. A fascist state will support freedom of religion only as long as the religion supports the state. A fascist state doesn’t want an armed citizenry that can resist its’ authoritarian rule. A fascist state will sieze you where they will with or without pretext and try you without due process using your own confession obtained under what may be less than humane conditions. You probably won’t like the “justice” you receive from a public trial where you can be guaranteed the state will have witnesses but you probably not so much. Who is to say what are excessive bail and fines or defines cruel and unusual punishment.

Of course the list goes on but I’m sure you get my drift. The only way to thwart a fascist state is to educate the people with respect to fascism and ensuring free and fair elections.

The GOP is now the party of fascism. We must make America aware of this or potentially sometime soon we may find that we can vote for any state approved candidate we want, cheer loudly for Dear Leader and have the freedom to do whatever the state approves.

This coming from the same group of people who riot and burn cities to the ground when something they don’t like happens.

Right! And the same people who make false accusations now turn around and say the opposite!

This post wreaks of desperation and indicative of someone sitting home alone in a dark corner needing to validate their passive aggression. 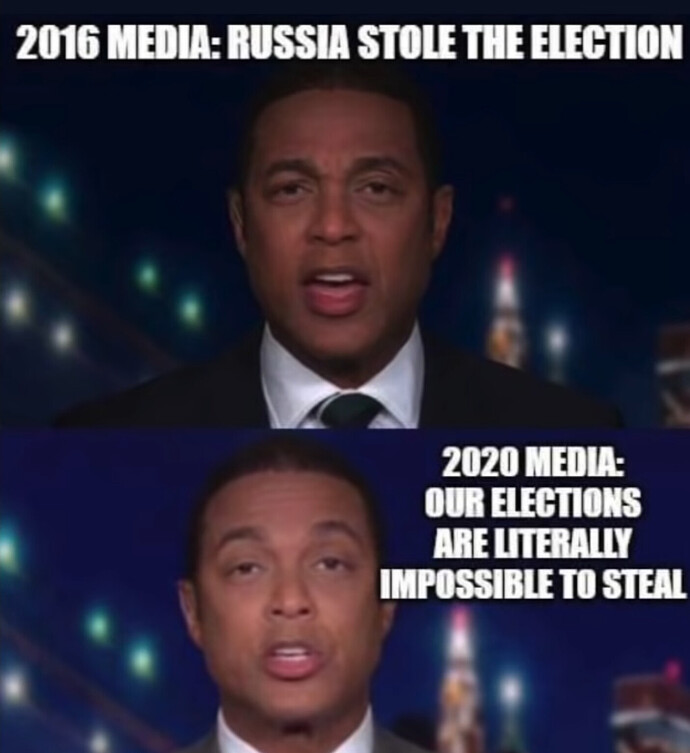 The GOP is now the party of fascism. We must make America aware of this or potentially sometime soon we may find that we can vote for any state approved candidate we want, cheer loudly for Dear Leader and have the freedom to do whatever the state approves.

You are a real dumbass. If you are so afraid of this happening then why aren’t you saying shit about the COVID lockdowns? Because what you are really worried about is happening right now.

There are probably more Biden supporters in the Republican party establishment than Trump supporters.

When the reality is the democrat party is the most corrupt organization in the country.

They embrace hate, fraud, and the fascism is the left and the democon governors taking the rights of the citizens of their state. But they deserve it as they bend over and surrender their rights and their lively hood.

As opposed to what this Cuck is supporting!

Why would you vote for someone who has been blatantly wrong about everything? Because you are a uneducated clueless dumbass that is why!

Listen to this from 2016 & marvel at how insanely wrong he was about everything...this is the type of weapon grade cluelessness that is never punished. https://t.co/L3p0YrsTHN
pjohns November 26, 2020, 4:26pm #9

It would truly be nice if you were a bit more dispassionately analytical, and a bit less of a bomb-thrower…

You are describing the Far Left Commie Rats that want to ELIMINATE the 2nd AMMENDMENT to have ABSOLUTE CONTROL and SUPPRESS an UNARMED CITIZENRY. YOU COMMIE RATS are transparent as we CONSTITUTIONALISTS can see through your BS.
You COMMIE RATS would like to make religion irrelevant as in no private prayers by students or Nativity Scene’s erected by local governments. HOW HORRIBLE THAT IS !!!
You COMMIE RATS also want to kneel down and kiss Soros the WAR CRIMINALS " ring " or somewhere lower. You people are definitely the FASCISTS.

Th democrat party is the party of HATE and FRAUD and proud of it. They say they want to heart he country and the you get a hate filled post that Trump SUKS posts when it really is this person.

Which shot hole city do you live in? Liv to com and protest and maybe burn a bit of it.

Who has ever called for that???