How Do You Stop a Bad Guy With a Gun?

This was a pretty good video produced by Prager U that went to a college campus and asked a variety of students about the right to own a gun and in general “How Does one stop a bad guy with a gun.” The video starts off in typical fashion where most students who have adopted leftist positions such as abolishing guns altogether, however as the video progresses further the responses were rather surprising and have to say I was mildly encouraged that some were rethinking their positions on guns towards the end. In conclusion, my biggest take away from this was the conversation itself it was both constructive and informative and provided a text book example about how to talk about issues we all Americans care about and the approach we should take to get such conversations started. 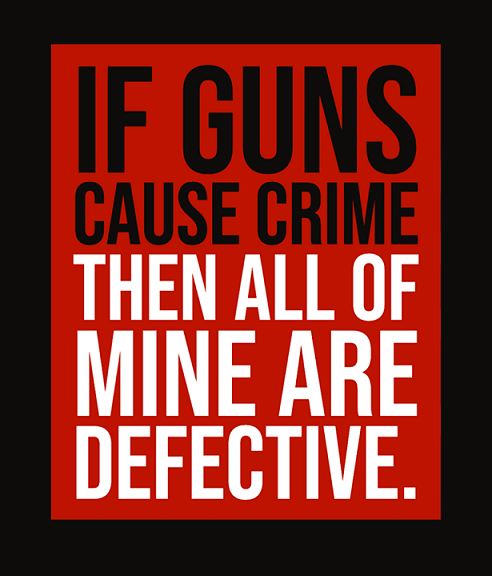 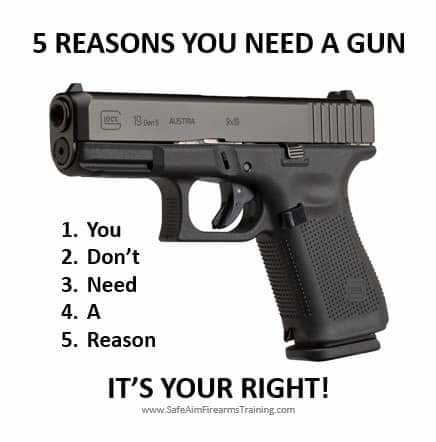 Civilian gun ownership is the BEST WAY to defend a country, it also provides citizens with personal responsibility, a way to defend their families, and a way to hunt for food in case shit hits the fan in the country.

How can people be against this shit? I wish here in Europe we weren’t so stupid about this…but am pleased to say that the gun rights movement is growing.

I think the problem for the US is that gun culture has become unhealthy.

I would bet that if Americans started to shift focus from self-defence back to having fun at the range with pals or going on weekend hunting trips the gun culture would once become healthier.

Healthier gun culture would basically destroy the liberal arguments for gun-control…which all revolves around liberals being scared of things that look scary as I understand the problem.

Britbong here. Guns are practically illegal here. If you want to own a rifle, you have to have a specific reason to own one, ask the police for special permission, can only fire certain types of rounds, have to join a fucking country club, the pistols are longer than rifles, no fun guns allowed…

That black woman with the big boobs was the most rational person out of the whole group.

This is why I think gun ownership should be mandatory in the US. Just look at the affordable care act and the individual mandate. The ACA stated that everyone has a right to insurance and that with that right comes an obligation to get insurance. It was backed up by a law proposing a tax on those who didn’t get the insurance. Simply use the same reason and systems. Gun ownership is a right and with that right comes an obligation to own a firearm. Those who do not own a conventional and acceptable firearm will be taxed to help pay for programs that will provide firearms to those who may be too poor to be able to afford one themselves.

That’s excellent! Using the logic of the libs against them would make their heads explode

Even being poor…there is no reason not to own a gun. Good idea on the ACA reverse logic. Republicans should be pushing this but won’t because they are weak af. 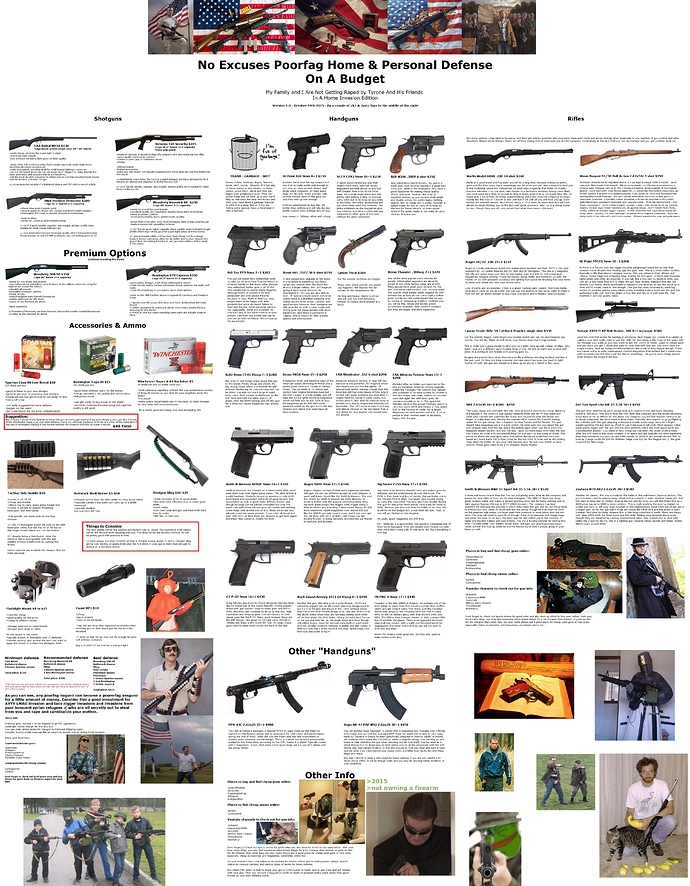 “Bad guy with a gun” is subjective. It depends on who he is and what he’s doing.

This is why I think gun ownership should be mandatory in the US.

Lol. Well that will never happen. You guys always love the constitution until your are hostile to it…

Lol. Well that will never happen.

She is clearly trained. 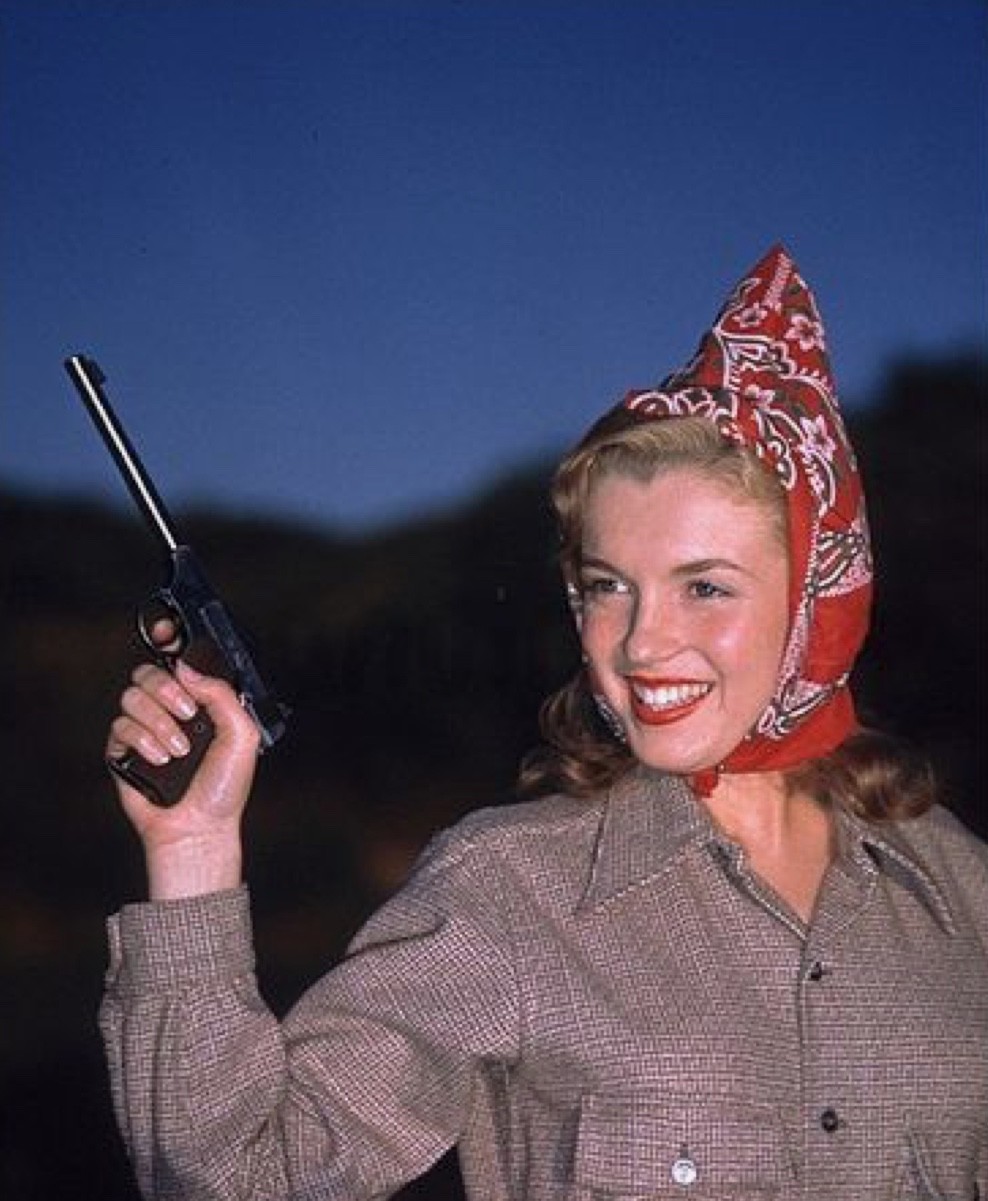 “But you have to consider the poor man’s background and the woman’s actions coming from a place of privilege” - said no one with an IQ over 60… Unfortunately, in many blue run cities, she woud be arrested and the robber would have sued her.

I remember a story out of New York some years ago, (forgive me if I can’t recall the specific case) where a black thug broke into a house. The homeowner shot him and as a result of where he shot the intruder it paralysed him. That should have been the end of the story, however the thug hired a lawyer and sued the homeowner for damages and won in court. It ended up bankrupting the homeowner thus ruining his life. This story of course happened before social media was a thing, however it was debated in the media and pissed off a lot gun owners at the time and I remember debating this with some of my friends and the conclusion we reached was “if someone breaks into your house, make sure you kill them” in order to avoid what the homeowners such as what I described went through, a ridiculous premise of law in states like New York that is hostile to responsible gun owners.