How do we end ethnomasochistic?

How does the American race survive with so much hate from the inside?

I said this many times. Patriotic Americans need to return to urban areas. We need to reclaim Brooklyn we need to reclaim queens, Dorchester, Chicago, Boston, Baltimore. If we win these areas over (once we’re Extreme conservative Democrats) we win America back.

Not as long as the media and demoRATS are seen taking a knee and 6 minutes of silence for a thug that refused to comply with a body FULL of dangerous deadly drugs . Does George come to mind ?
WTF is the grab these morons decided to parade in ? 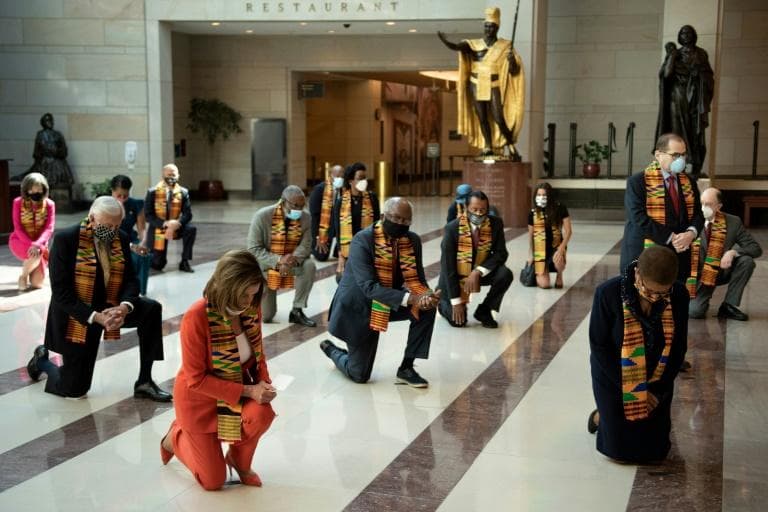 I won’t disagree with you, but how do you get this to happen? You will never convince successful people to voluntarily give up their nice, safe (relatively) neighborhoods and homes to come back to the run down urban areas. Why would they? I know I wouldn’t / won’t.

These cities have patriotic people working here. I know that Boston police are very patriotic leaning conservative. None of them live in Boston. I would make a requirement that all Boston police officers must reside in the city. The same for firefighters, I would incentivize all business owners who (mostly lean center right) or moderate tax deals to live in the city put their children in public schools. patriotic Americans will push out these communist.

In the SHTF moment major cities is the last place you’d want to be unless you want to be eating bugs which the left is now pushing for. No thank you.

That still requires people to volunteer to give up what they have / worked for to go to a blighted area for the sake of the country. I just don’t see it happening. There will still be rampant crime and violence. No sane person would willingly opt for that over what they have now. I could see it happening over a period of some time with the right incentives, but it will never be in my or your life time.

Urban habitats are American As apple pie, you deregulate allow free men to build again, architecture, let the money flow, ppl will return, Albanians Bulgarians will flow into this country, latinos and hatians do not want to live in a Modernize civilized society free speech, gun culture. They require a form of regulated society. Liberal Democrats do not want to live around free people that they think they’re above. They will flee for places like Brookline Massachusetts the Hamptons and Martha’s Vineyard.

You will never convince successful people to voluntarily give up their nice, safe (relatively) neighborhoods and homes to come back to the run down urban areas. Why would they? I know I wouldn’t / won’t.

You are correct no one in their right mind would populate slum areas crime is out of control , looting ,home invasions , car jacking , muggings , WTF crazy dem crap .

I admire the author’s audacity and his willingness to think outside the box. That’s the kind of thinking patriots need … the willingness to consider methods of fighting which are not in the book.

But consider: Moving – whether to a big city or a small one or out to the countryside – is a tactic.

Tactics are subordinate to strategy. What would be the strategic purpose in moving to a city? The people who inhabit the big cities now would not disappear, nor would they become decent citizens by taking lessons-by-example from us in citizenship. All they’re likely to take is our wallets.

Let’s assume that we are in a war, which we are … a cold civil war. Now the first rule of war – according to me – is : “Secure your base”. The big cities, with their welfare-dependent, racial-quota-hiring dependent populations, are the base of the Left, along with the universities.

Our base, to the extent we have one, is the so-called Red States, and in particular the smaller cities and towns and rural areas. A few years ago, we could have counted the US military as part of our base, but the Left has been working double-shifts to destroy the military from within, so we can no longer say this with confidence.

Another rule of war, according to me and many other great thinkers, is: attack the enemy’s weak points, not his strong points.

Looked at with those two aphorisms in mind, how does ‘move to the cities’ stack up?

Not very well, I think. In the first place, few people will actually move for purely political reasons. In the second place, as others have pointed out, you would have to be really really dedicated to move into our urban hells now.

In fact, if the US remains a single, united country, then eventually the Left will triumph, and lead us into God-knows-what sort of collapse … assuming the Chinese don’t hasten our downfall via their ever-growing military.

So our only hope is to separate ourselves from the superating, putrid mass that is, and increasingly will be, Left-ruled America.

And then we should prepare for the coming collapse.

And the same goes for the universities. They – or the top ones at least – are lost. Patriots on the teaching staff, or among the student body, will be heavily outnumbered, and hemmed in by ‘woke’ rules. They’ll be swimming in molasses. So we need to start and develop our own universities, like the University of Austin.[ https://www.uaustin.org/ ]

But the reality is, very few people are going to move anywhere, even from a blue state to a red state, for purely political reasons. ‘Normalcy bias’ is too strong. Today is like yesterday and tomorrow will probably be like today, and so most people think that the current situation will go on indefinitely. Half of Germany’s ■■■■ stayed in that country for year after year of Hitler’s rule, until they ‘left’ via the smoke stacks of the gas chambers.

So … realistically, what can we do? We can (1) ‘Prepare’ as individuals. Every patriot should be able to sit out three months of a collapsed economy, disconnected electrical and gas and water systems, and chaos in the streets. More than that, (2) he should be organized with local fellow-thinkers, as the people at the USCPT.org are trying to do.

So, no, patriots should not move into the urban hells. On the other hand, there are a lot of sweet white liberals living in the suburbs. Wouldn’t it be wonderful if we could persuade some of them to move? Or, at a minimum, persuade them to show ‘Solidarity with the Racially Oppressed’ by having a march through South Chicago at midnight on Saturday, without any nasty old police around, of course.

Youn go ahead and move. I’m staying right where I am. Call this a problem or what you will. I will not pick up and move to a blighted area for this country or Patriotism… fuck that!