The party of un-American values, going full speed ahead. I guess we should be driving to Mexico and cast our vote there too. Dems are losing their heads, and they think they’ll have to dip into illegal votes along side other election fraud schemes to win 2020.

House Democrats voted Friday to defend localities that allow illegal immigrants to vote in their elections, turning back a GOP attempt to discourage the practice.

The vote marks a stunning reversal from just six months ago, when the chamber — then under GOP control — voted to decry illegal immigrant voting.

“We are prepared to open up the political process and let all of the people come in,” Rep. John Lewis, a Georgia Democrat and hero of the civil rights movement, told colleagues as he led opposition to the GOP measure.

The 228-197 vote came as part of a broader debate on Democrats’ major legislative priority this year, HR 1, the “For the People Act,” which includes historic expansions of voter registration and access, as well as a major rewrite of campaign finance laws.

The measure would have had no practical effect even if it had passed. Illegal immigrants — and indeed noncitizens as a whole — are not legally able to participate in federal elections.

But Republicans had hoped to send a message to localities such as San Francisco, where noncitizens are now allowed to vote in school board elections.

“It sounds like I’m making it up. What kind of government would cancel the vote of its own citizens, and replace it with noncitizens?” said Rep. Dan Crenshaw, Texas Republican.

He pointed to last year’s vote, when 49 Democrats joined the GOP to decry noncitizen voting.

A 1996 federal law prohibits noncitizens from voting in federal elections, but there is no prohibition on localities, and indeed a number of jurisdictions allow it, to some extent.

Famously liberal Takoma Park, a small jurisdiction in Maryland, has for several decades allowed noncitizens, including illegal immigrants, to vote in local elections.

Experts say as many as 40 states or territories allowed noncitizen voting dating back to the nation’s founding.

San Francisco in July began allowing noncitizens to vote in school board elections — though they must be parents or legal guardians of students. 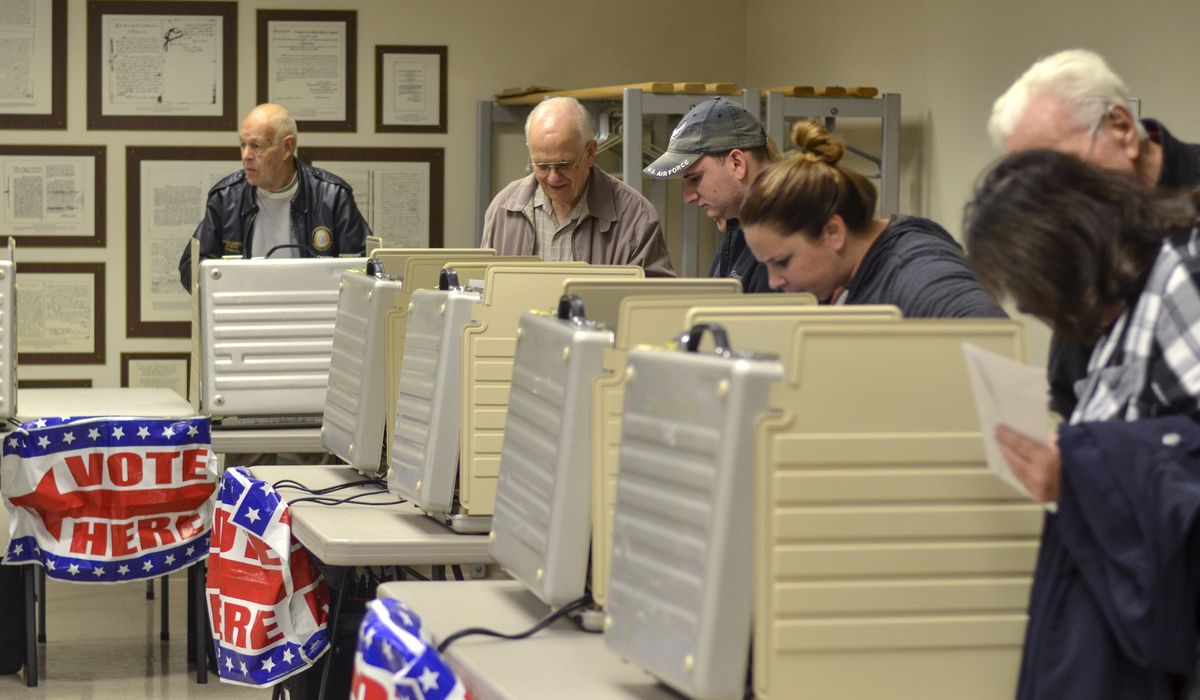 House Democrats voted Friday to defend localities that allow illegal immigrants to vote in their elections, turning back a GOP attempt to discourage the practice.

God damn can we just get this civil war started already? I’ll do my part. We all chip in and we can win this thing in about 3 days flat. We will be good for another 150 years. Seems like a good investment of time.

You can’t possibly say you didn’t see this coming. It’s been in the works since Reagan was first tricked into granting amnesty back in 86.

Regardless! What are Americans going to do about it is the more pressing question that needs answers soon!

What are Americans going to do about it is the more pressing question that needs answers soon!

Nothing. We all go to our respective forums and bitch about it, of course. Dont forget to make your fist into a ball and shake it angrily in the air for 4 times, that’ll surely show them libs our power.

AMERICANS, CITIZENS sent the people to congress. This is what the majority wanted.

Of course. Best government money can buy. Foreign or domestic.

Yeah, because the people in congress are actually representing the people who voted for them. No wonder they’re pushing so hard to allow illegals to vote for them. I mean clearly they need all those extra voters with the wonderful job they’re doing.

That’s the narrative sure. Don’t worry. Once they get their way here, times will be a changing.

Noncitizens and illegal aliens are counted when apportioning congressional districts and when allocating state electors under the Electoral College. This means noncitizens play a role in determining how many congressional representatives a state has and exert an indirect influence on presidential elections.

There is evidence that both foreign nationals who are lawfully present in the United States and illegal aliens have voted in recent elections. During this election cycle, noncitizens have been discovered on voter registration rolls in both Virginia and Pennsylvania. 2 And the Office of the U.S. Attorney for the Western District of New York recently announced that it charged a Canadian woman with making a false claim to citizenship after she registered and voted in more than 20 elections.3

Several past elections – for the presidency and other offices – have been extremely close. Accordingly, ballots cast by noncitizen voters have the potential to improperly alter the outcome of elections. Consider how close the 2000 presidential election was. Could the outcome have been affected by noncitizen voting? The answer is yes.

Most often, they are added to the voter rolls without any attempt to verify the applicant’s citizenship.

There have been a significant number of alien voter violations alleged in recent years. Yet, there appears to be a stunning lack of federal interest in this issue.

Many politicians are taking firm stances on issues affecting migrants, including amnesty, entitlements and sanctuary city policies. This gives noncitizens a significant incentive to register as voters and cast a ballot.

There is enough evidence of noncitizen voting to indicate that it is an ongoing problem that may have a significant effect on American electoral poitics. Due to the low risk of penalty, and the lack of effective controls, alien voting is easy. In states without ID requirements, the only check against noncitizens registering to vote is a box on the application form asking registrants to confirm they are U.S. citizens. Given the fact that this affirmation is rarely verified and few violators are ever prosecuted, it is a pointless exercise that does nothing to deter voter fraud. In states with voter ID requirements, the lack of a single, standardized document that demonstrates both identity and citizenship makes voter fraud all too easy.

If the United States wants to eliminate the possible appearance of elections determined by fraudulent voting, procedures must be adopted to verify the eligibility of new voter registrants, and to verify the identity of voters when they cast ballots, with the application of penalties for those who register and/or vote fraudulently. If there is no real penalty for illegal voting, it is unreasonable to expect that an “honor system” to keep ineligible persons from voting will be effective. 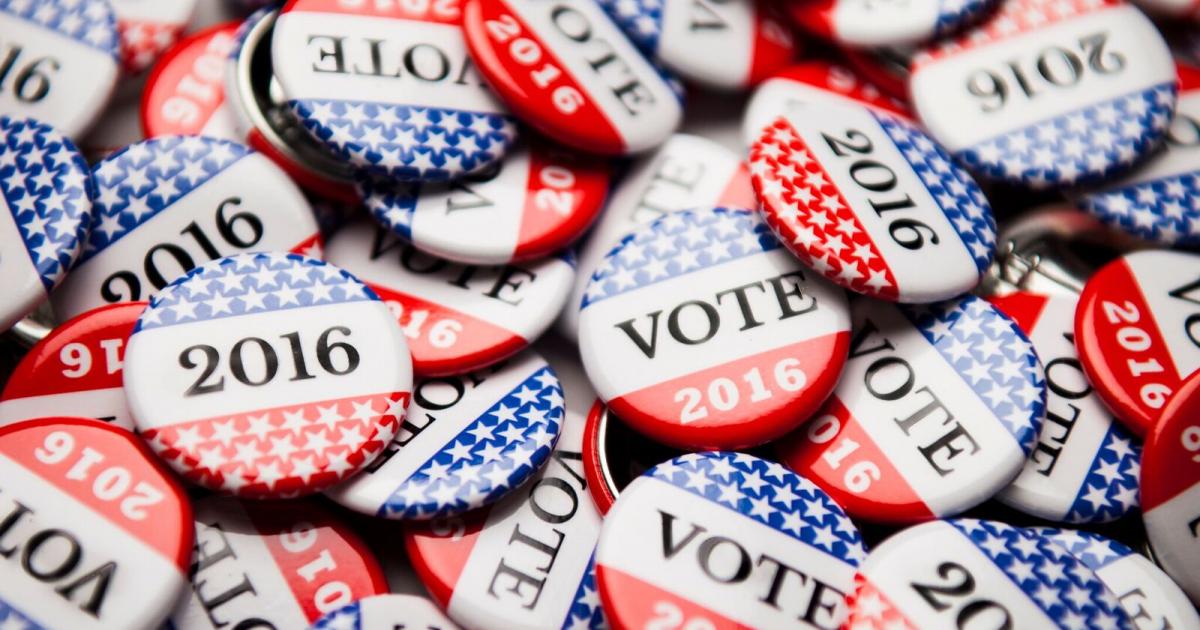 The United States sends election monitors around the world to help discourage fraudulent balloting. But, here at home, it has largely turned a blind eye to the possibility that fraudulent voting by noncitizens could influence the outcome of an...

I refuse to submit to indifference. I see it with every response here and its pretty pathetic.

We are faced with a portion of our population that sees no problem with subverting the constitution. They need that feel good feeling as they are helping the poor people coming into the US. The people of the US will eventually wake up to the reality of what our feel good brothers are doing to this country and revolt. Look at pre WW2, Americans were ambivalent to the reality they were about to be engulfed by WW2. It took a slap in the face with the attack on Pearl Harbor to wake them to action.
Will it be too late?

I personally am angry as hell. I’m watching the state I live in transform into a liberal hell hole. I’m watching our governor who lied about his centrist views and will shortly sign the document to sign away our electoral votes. I’m mad as hell that I worked my ass off and paid taxes over the years only to have the liberal idiots give away instate college tuition to illegals yet demand out of state veterans pay full price.

The list is endless. I have talked my head off trying to get people engaged yet they do nothing. I have purchased a home in Wyoming where they still have their heads screwed on straight.

And yes, Americans are pathetic. 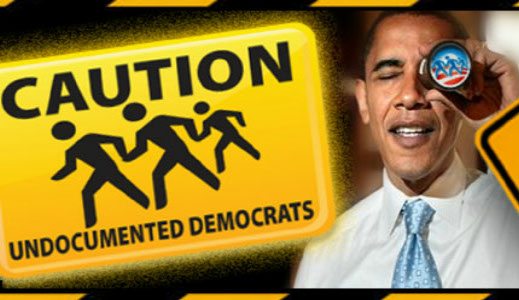 How many illegals voted in the 2016 Presidential Election? ⋆ Conservative...

Did 3 million illegals vote in the 2016 Presidential Election? Since Obama told then they could, it's likely. Of course, that means Clinton STILL LOST.

Voter fraud doesn’t exist especially when you don’t look for it.

Voter fraud doesn’t exist especially when you don’t look for it.

Kind of like illegals, there are none until you look for them. I find the illegal issue interesting. The media and government hide the real number of illegals and the cost of illegals hidden as most Americans would be appalled and scream for action if they only knew.

This is reminiscent of the GOP Congress kept voting to repeal Obamacare shortly after they took the House in 2010.

It’s a symbolic gesture to their base.