House to vote on Senate’s version of emergency border bill 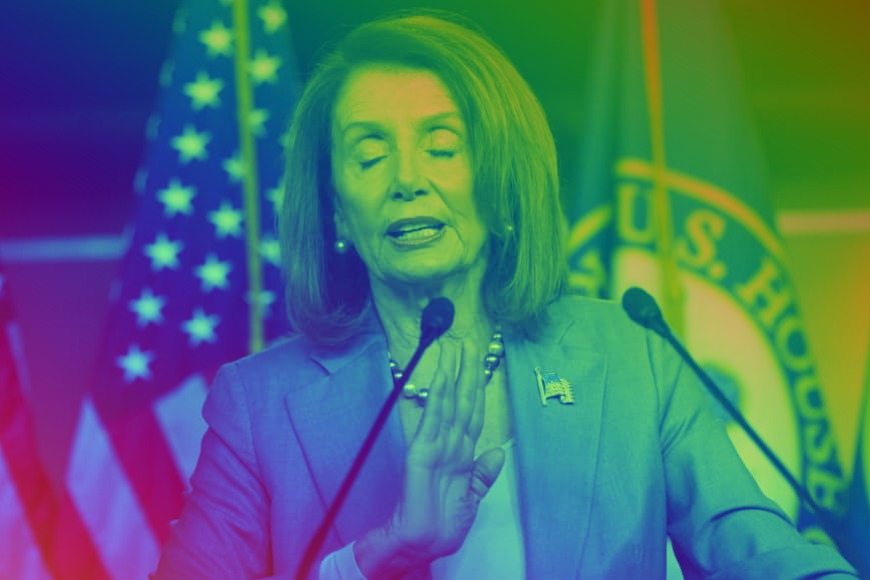 WASHINGTON (AP) — House Speaker Nancy Pelosi is reversing course and will accept a bipartisan $4.6 billion Senate-passed border aid bill, yielding to opposition from the White House, powerful Republicans, and moderates in her own party.

Two Democrats exiting an emergency meeting with Pelosi said she is abandoning a plan by House liberals to further strengthen rules for treatment of migrant refugees detained at the southern border. Instead, the House would send the Senate measure — passed by an overwhelming vote on Wednesday — directly to President Donald Trump.

The House vote, likely later on Thursday, would ease a cash crunch at federal agencies that care for migrants that have flocked over the border in huge numbers seeking asylum. Vivid and painful accounts of harsh, even dangerous conditions at badly overcrowded federal facilities that house and care for thousands of migrants added to the pressure to act.

Pelosi succeeded in passing a Democratic measure on Tuesday by a near party-line vote, but her efforts began to unravel with an 84-8 Senate tally that undercut a House plan to bounce the Senate measure back with add-ons aimed at guaranteeing improved treatment of migrants.

Vice President Mike Pence and Pelosi had an hour-long conversation on the legislation Thursday as the White House and Republicans kept pounding the message that the only way forward on the long-sought legislation is to pass the Senate bill.

Pelosi was seeking provisions requiring more stringent care requirements for detained migrant families and children than the Senate package and other steps, but immediately had difficulty executing it. Moderate Democrats pressed for immediate action on the Senate bill.

Thursday’s outcome was a victory for Senate Majority Leader Mitch McConnell, who vowed that the GOP-held Senate would kill any “partisan” House changes that the Democratic-controlled House passed, and he appeared to hold a strong hand. All sides agreed that Congress wouldn’t leave for its Independence Day recess until the measure was passed in some form.

“We’re not making predictions, threats, or anything else. We’re just saying this is a moral imperative for us to do the right thing for the children,” Pelosi said as she entered a morning meeting with rank-and-file Democrats.

Democratic demands include more protections for the children, such as setting medical and hygiene standards at facilities, a requirement that any death of a minor be reported within 24 hours, and a 90-day limit on detaining migrant children in much-criticized “influx” facilities. Democrats have also cut funding for Immigration and Customs Enforcement salaries.

“The United States Senate is not going to pass a border funding bill that cuts the money for ICE and the Department of Defense. It’s not going to happen. We already have our compromise,” McConnell said. He called the Senate bill, which passed Wednesday on a lopsided 84-8 vote, “the only game in town.”

Suggesting a fig leaf, McConnell said the White House might support making some changes administratively — which have less than the force of law — to address some Democratic concerns.

Pelosi had been considering a House vote Thursday on the changes Democrats were seeking. But with Congress under pressure from a horrific photo of young drowned migrants and accounts of brutal conditions for detained children — and lawmakers eager to break for a July 4 recess — pressure was building on all sides to end a weekslong stalemate that has blocked the measure.

The funding is urgently needed to prevent the humanitarian emergency on the U.S.-Mexico border from worsening. The government warns that money runs out in a matter of days.

“The Administration sent its request for emergency funding eight weeks ago, but there was no action,” said Sarah Sanders, outgoing White House press secretary. “We have already negotiated a broadly supported bipartisan funding bill. It is time for House Democrats to pass the Senate bill and stop delaying funding to deal with this very real humanitarian crisis.”

Both House and Senate measures contain more than $1 billion to shelter and feed migrants detained by the border patrol and almost $3 billion to care for unaccompanied migrant children who are turned over the Department of Health and Human Services. The Senate measure is not as strict in setting conditions on the delivery of funding to care for unaccompanied children and contains funding opposed by House Democrats for the Pentagon and to ease a payroll pinch at Immigration and Customs Enforcement.

Both House and Senate bills ensure funding could not be shifted to Trump’s border wall and would block information on sponsors of immigrant children from being used to deport them. Trump would be denied additional funding for Immigration and Customs Enforcement detention beds.

Lawmakers’ sense of urgency to provide humanitarian aid was amplified by recent reports of conditions in a windowless Border Patrol station in Clint, Texas, where more than 300 infants and children were being housed. Many were kept there for weeks and were caring for each other in conditions that included inadequate food, water and sanitation.

The Border Patrol reported apprehending nearly 133,000 people last month — including many Central American families — as monthly totals have begun topping 100,000 for the first time since 2007. 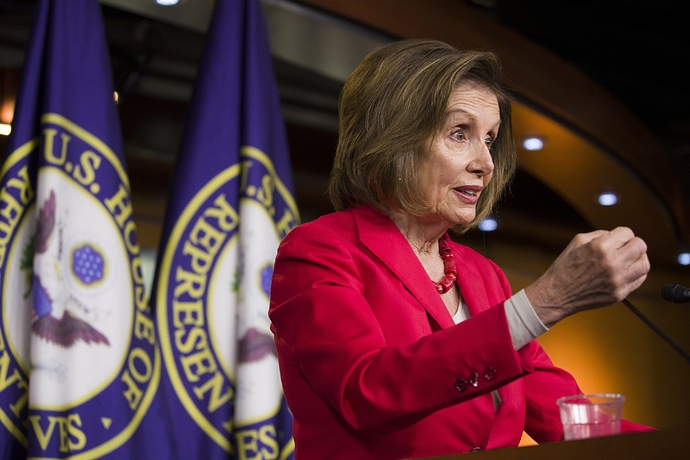 Now they will have more money to spend on the illegals squatting on our soil. I expect AOC to get on the next flight and start screaming at fences again.

Well no deal is perfect but I’ll accept this one because it is going to infuriate the far left contingent in the House.

Nancy caved officially. So can we all agree that there is a crisis on the border now?

Apparently, Nancy still doesn’t think we have any “crisis on the border”. Matter of fact, the Dems keep shooting down any chance of helping these people. But at the same time, they promote “Open borders” as if - it is the end of the world. Lol
Must be a good day to be a Demofraud, huh? Lol