This is the kind of thing that should infuriate Americans who are for immigration reform and then the swamp does shit like this to undermine the current laws. This needs to be stopped, and its an abuse of power by elected scumbag officials.

The House quietly passed a bill on December 3 to crack open a backdoor route for wealthy Chinese to buy their way into U.S. citizenship by lending money to the U.S. real estate industry.

“Congress is getting duped. … [The bill is] creating a new path for Chinese people,” said one Capitol Hill source.

Wealthy Chinese can buy “golden visa” citizenship from Portugal’s government in as little as 35 days. If House bill H.R. 565 is approved by the Senate and becomes law, then the new Chinese citizens of Portugal will be able to move into the U.S. by getting E-1 Treaty Trader or E-2 Treaty Investor renewable visas. 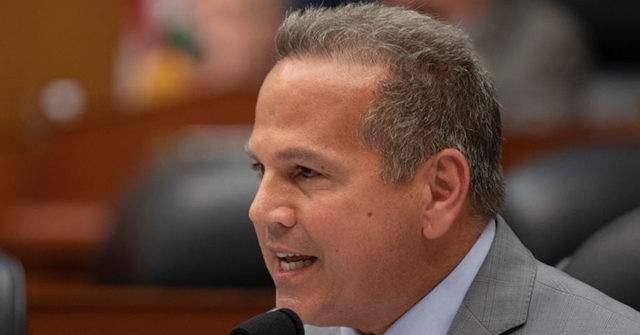 The House quietly passed a bill to crack open a faster route for wealthy Chinese to buy their way into U.S. citizenship.

We need to do whatever we can to crash China’s economy. They are a global scourge that needs to be dealt with harshly.

Our reps who are in their pockets also need to be dealt with harshly.

Don’t let Diane Feinstein get her grubby hands on this in the Senate. She would not only roll out the red carpet but she’d have us pay for it.

Whatever happened to her Chinese driver spying for China for decades?

It should be clear to everyone at this point that the Democrats are the enemies of America. Someone needs to follow the money on this because this bill was already written, bought, and paid for by the Chinese before it got put up for vote.

It should be clear to everyone at this point that the Democrats are the enemies of America.

What the hell are you talking about Stonewall, this bill has bipartisan support, big names in the GOP are behind this…

From the op link,

In the Senate, three GOP senators are pushing a new EB-5 bill that would reform regulation set in place by the U.S. Citizenship and Immigration Services Agency. The bill would also steer the foreign EB-5 money away from rural areas and back towards real-estate projects in wealthy cities.

The bill is supported by Sens. Mike Rounds (R-SD), John Cornyn (R-TX), and Lindsey Graham (R-SC). The bill does not yet have enough support to pass the Senate, but Graham may try to include it in the 2021 funding bills.

All RINO assholes part of the big club of assholes incorporated!

Don’t let Diane Feinstein get her grubby hands on this in the Senate.

Doesn’t the GOP own the senate?

Republican fingerprints are all over this too, yet all you partisans can speak of is Democrat’s…

Republicans that vote with Democrats aren’t Republicans. They are Republicans In Name Only (RINO) and have no place in the party. In fact, they are worse than Democrats because they are traitors to their own party.

I think I just did that.

But my post you commented on was aimed at all the folks in this thread that are criticizing democrats with no mention of republicans. Also, Trump’s not going to be bothered by this bill.

I know you liberals like to believe that you can control the thoughts and words of everyone, but conservatives don’t do that. I can only speak for myself. Others are free to do the same.

That was my point, again, my post was addressed to all those who have blamed this all on Democrat’s, not you…

A back door already exists.

Just need to fly to Mexico and enter illegally.

In case you forgot, it takes 60 votes to own the Senate as the fillabuster is alive and well. Just ask Chuckie.

The Republican Senators that support this bill are traitors to the voters , country and the party. This bill subverts the immigration process and the supporters need to be called out.
These 3 Stooges will find a way around a filibuster .Money talks,BS walks.

Let the open revolt begin! It will be easy to spot these traitors by having their voting record out in public for everyone to see!

Well at least there’s one honest one in the bunch…

And nothing is done