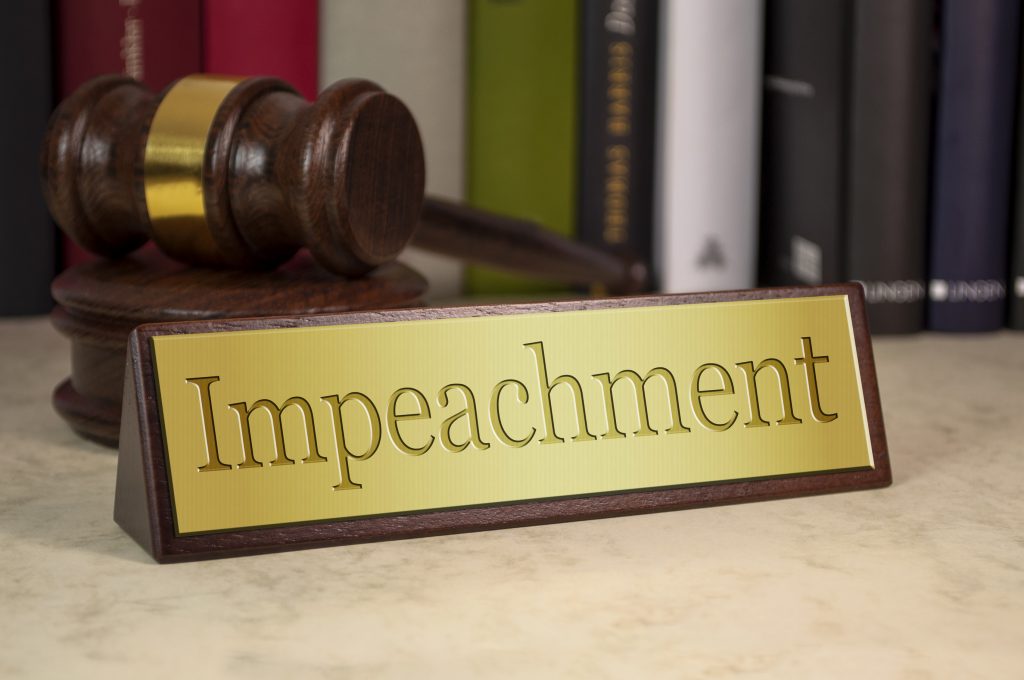 The partisan House impeachment vote on October 31, formalizing the process and seeking to “normalize” unprecedented practices, does not undo the harm. House

They can impeach Trump for eating ham sandwich on Good Friday if they want.

However, it’s stupid to go down this path for something they cannot prove is a high crime or misdemeanor. The transcripts were released; it is a nothingburger.

It is wrong to weaponize the CIA and FBI for political purposes and especially to cause fear of retaliation for anyone who stands in their way.

It will go to the Senate, Trump will not be charged with anything and he will go on to win 2020 in a landslide.

And still, the dems are going to thwart his efforts, harass his friends and family. It won’t end. Come 2024 they are going to go gangbusters to get someone elected who will reverse everything that put the country back on the right track.

Hopefully, RBG won’t hold out that long and can be replaced with a Constitutionalist. In the meantime, we can get some new folks into congress, hopefully with some backbone.

I’m trying to be as optimistic as possible and enjoy the next 5 years for what they are worth.

As long as Trump wins re-election I think the second term will be a complete slaughter fest. There is no way that he is going to let any of the crap that has been done to him go unanswered. Like Obama said, he will have more flexibility to do what he wants after the election.

Oh, no doubt it will be a slaughter fest. The dems know it and are in panic mode.

What they will have at the end of the day when they and others have to face the tune, is: “well we tried!, Don’t blame me!”

I agree that what the Democrats are doing is stupid. However, their goal has not changed and the vote they took recently does nothing to erase the damage that has already been done.

If I recall correctly, Mark Levin reviewed the “resolution” last Sunday night and it appears that all it does is increase President Trump’s rights and protections after Schiff’s committee turns over suggested articles of impeachment to Nadler’s committee. That is when the open sessions begin and Trump’s lawyers can be involved.

As I heard last night, that is well over a month away. Schiff will continue with closed door meetings, exercising veto power over the witness list, telling witnesses what questions they cannot answer, determining what gets publicized,…generally acting as a dictator regarding what information the American people will see.

Two things appear ironic to me. First, the Democrats are eager to charge Trump with “obstruction of Congress” while ever since the election they have been obstructing every move the President makes…whether it is obviously good for the country or not.

Second, the Democrats are redefining obstruction in light of their kangaroo court procedures. When the President refuses to participate in their lopsided circus act, they cry obstruction. It’s like someone who hasn’t been indicted being accused of contempt of court for objecting to his/her legal rights being ignored.

Today’s Democrat Party is the sleaziest bunch of assholes ever to be in our government.

I think that is the point of my post and yours.

Nothing will change with them in the future, either. The have shown their true colors and and M.O.