Here it is boys and girls if the governor of Georgia ignores this than it’s TIME! 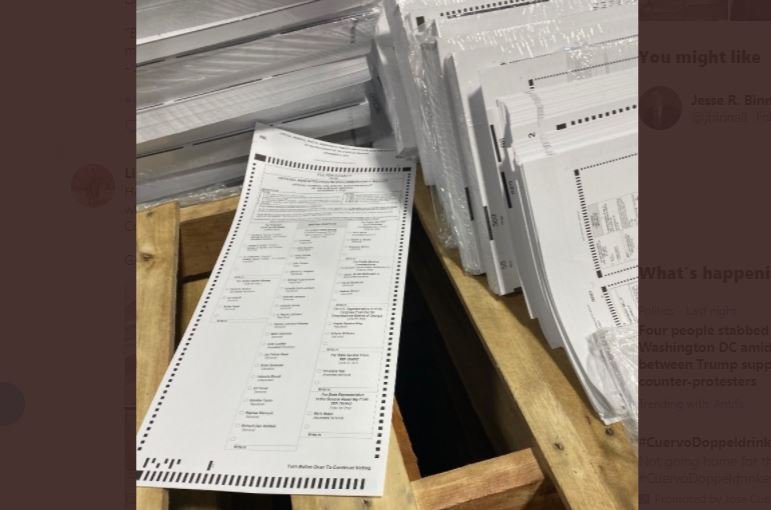 Attorney Lin Wood tweeted out photos of alleged boxes of Georgia mail-in ballots in a Fulton County warehouse. Wood alleges that many of the ballots were shipped from Arizona. He then calls out the FBI, GA Bureau of Investigation, Governor Kemp, Lt....

There appears to be massive fraud in our elections when you look for it.

Nevada Department of Motor Vehicle (DMV) records suggest that nearly 4,000 legal and illegal aliens cast votes in the 2020 general election, according to a sworn affidavit filed with a state court.

As part of legislation enacted by the state’s Democrats, the DMV automatically registers to vote every person who obtains a driver’s license. In Nevada, both legal and illegal non-citizens can obtain driver’s licenses and identification cards.

But the media and democrats ignore it and pretend it just isn’t so.

It’s not just poor but our children are affected as they cannot get work in HS. My daughter tried to find a job during hr HS years, then try level jobs were filled with illegals as employers preferred them as they could work 40 hours a week and never said a word.
Toss in the reality that the never ending entry level labor suppress wages, why give pay raises when you can just hire a new employee.

I worry more about the poor because they are the ones that are forced to work the worse jobs, they are trying to come off an addiction, or bad
Schools, and they are forced to work next to 8 illegals that refuse to assimilate, and hate America and you can’t do anything. Most just go back to drugs .

I think it all
Sucks, needs to be fixed

The poor are stuck in the minimum wag rut as the unending supply of labor surpasses wags.

Yet here we are with the left screaming for open borders, amnesty, more refugees.