Holly Zoller : the useful idiot behind the U-Haul full of riot gear in Louisville

And you guess it, the organization has ties to Soros. She also incriminated herself on tape as well, said that she only “drove the U-Haul truck and dropped items off.”

She should be SWATTED 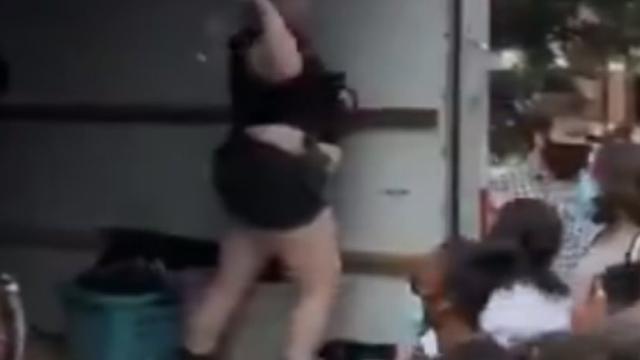 A truck belonging to the American moving equipment and storage rental company U-Haul was caught on camera on September 23, distributing riot supplies in Louisville, following the announcement that none of the six officers involved in the fatal shooting of Breonna Taylor would be charged. According to reports, the pre-parked vehicle was loaded with shields painted with anti-police messages, gas masks and other supplies used in the riots. In the reports that came in later, Holly Zoller, a member of the Bail Project was identified as the driver of the truck.

In a phone call with an anonymous citizen, who was pretending to be an employee of the rental company, Zoller has confirmed that it was her in the truck distributing the supplies.

Who is funding the U-Haul?

When Zoller was confronted by the anonymous caller about posts on social media surrounding the “abolish the police” signs on the truck, she responded saying it was her “First Amendment right”. According to National File, she reportedly said, “What does it matter what I posted on a sign?” She further denied protesting and said that she only “drove the U-Haul truck and dropped items off.” Zoller refused to answer any more questions.

Although Zoller denied any sort of involvement in the protests, a significant number of people online are seen questioning The Bail Project for allegedly funding the U-Haul. National File claims The Bail Project reportedly has ties with billionaire investor George Soros, who is also the founder of the Open Society Foundation. Meanwhile, the Bail Project opposes cash bail and reportedly claims that “paying bail for those in jail is an “act of resistance against a system that criminalizes race and poverty”

Who is Holly Zoller?

According to the Bail Project official website, Zoller “is the founding organizer and board member of Louisville Books to Prisoners, a nonprofit organization aimed at putting books into the hands of people living behind bars.” It also states that she coordinates volunteers for Food Not Bombs, “a group that provides fresh and shelf-stable food to a community in the center of Louisville’s food desert and has organized around anti-fascist movements.” Before joining the Bail project, she owned a gardening company.

The reports surrounding Zoller’s involvement in the distribution of riot supplies using U-Haul has led to people on the Internet to severely criticize her for her actions, with many expressing concerns over the situation in Louisville due to the riots and protests. One tweeted alleging she was a Soros employee (it has not been verified in any manner), “Soros’ employee left fully-stocked u-haul in Louisville, KY, for domestic terrorist gangs to use against the police. What will it take 4 U to arrest funders of terrorism who R destroying our country?” While another added, “No doubt! it was planned all the way down to the u-haul full of riot gear”. And one user noted, “The person who brought in the u-haul with the riot gear should be charged as an accessory to attempted murder on these police officers who were shot. There must be justice for our police officers everywhere.” 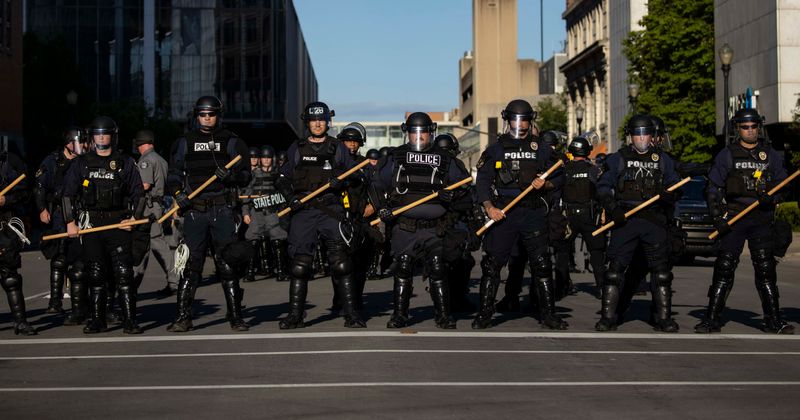 Who is Holly Zoller and who funded U-Haul distributing riot supplies in...

When Zoller was confronted by an anonymous caller about posts on social media surrounding the 'abolish the police' signs on the truck, she responded saying it was her 'First Amendment right'

Sorry I didn’t see this earlier. It got buried by a bunch of copy and paste shill threads.

If this were still a serious country she would have already had the FBI pick her fat ass up in a no-knock raid.

Unfortunately, we are now a joke of a country. This fat Soros-funded cow is linked to the Bail Project and has been crossing the country handing out riot gear. Too bad the FBI is 100 percent on her side. 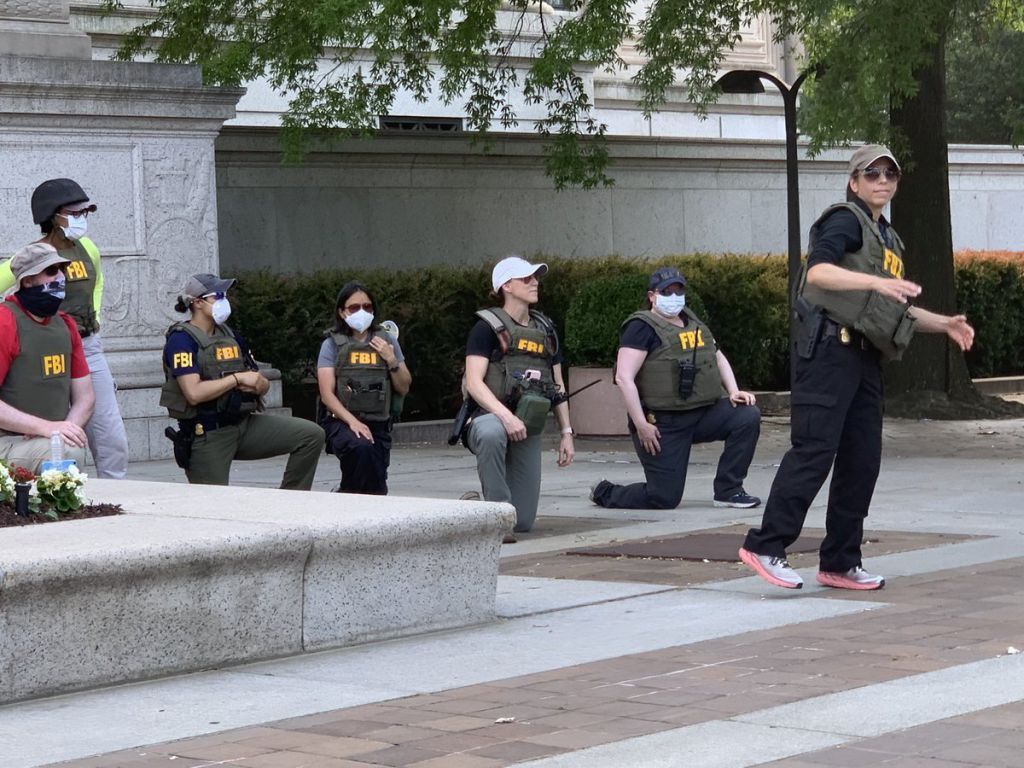 She was at Stone Mountain protests in Georgia, over 6 hour drive away from Louisville crossing 2 State lines. 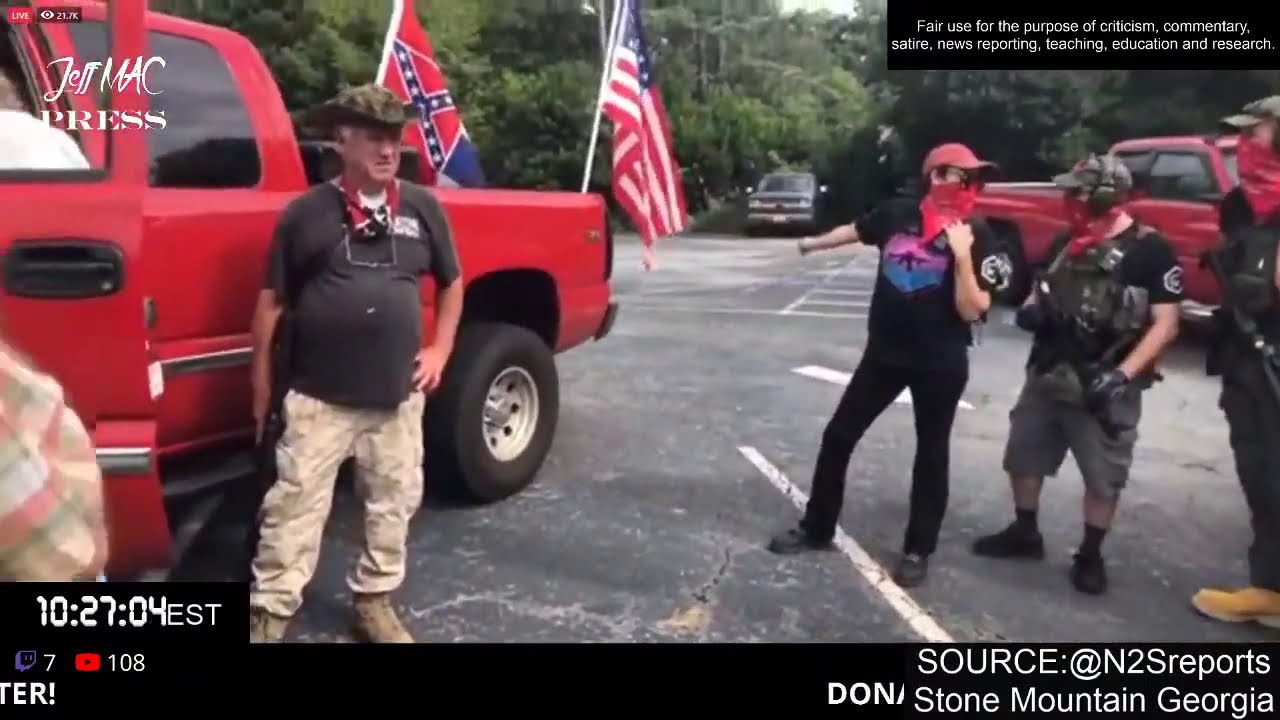 These are the people wrecking this country right now, enabled by DAs funded by Soros to do catch and release. It’s criminal and should be treated as such.

So you fascists are against citizens protesting their government?

@here2bqueer here is the “fascist” penal code, if you can read. But let me guess, you won’t be engaging in meaningful discussion but instead point finger and cry “NUUZI”. @here2bqueer? more like (((paid2bhere)))

to incite a riot; or

to organize, promote, encourage, participate in, or carry on a riot; or

to commit any act of violence in furtherance of a riot; or

to aid or abet any person in inciting or participating in or carrying on a riot or committing any act of violence in furtherance of a riot;

and who either during the course of any such travel or use or thereafter performs or attempts to perform any other overt act for any purpose specified in subparagraph (A), (B), ©, or (D) of this paragraph— [1]

Shall be fined under this title, or imprisoned not more than five years, or both.

A judgment of conviction or acquittal on the merits under the laws of any State shall be a bar to any prosecution hereunder for the same act or acts.

Whenever, in the opinion of the Attorney General or of the appropriate officer of the Department of Justice charged by law or under the instructions of the Attorney General with authority to act, any person shall have violated this chapter, the Department shall proceed as speedily as possible with a prosecution of such person hereunder and with any appeal which may lie from any decision adverse to the Government resulting from such prosecution.

Nothing contained in this section shall be construed to make it unlawful for any person to travel in, or use any facility of, interstate or foreign commerce for the purpose of pursuing the legitimate objectives of organized labor, through orderly and lawful means.

Nothing in this section shall be construed as indicating an intent on the part of Congress to prevent any State, any possession or Commonwealth of the United States, or the District of Columbia, from exercising jurisdiction over any offense over which it would have jurisdiction in the absence of this section; nor shall anything in this section be construed as depriving State and local law enforcement authorities of responsibility for prosecuting acts that may be violations of this section and that are violations of State and local law.

Holly Zoller was simply handing out items for people to defend themselves with.

Holly Zoller was simply handing out items for people to defend themselves with.

HS GED at work here folks! Just when you think one couldn’t get any dumber, every day is a new day to prove everyone wrong that yes stupidity at its finest shows up with a new kind of ignorance!

The burden of proof is with you.