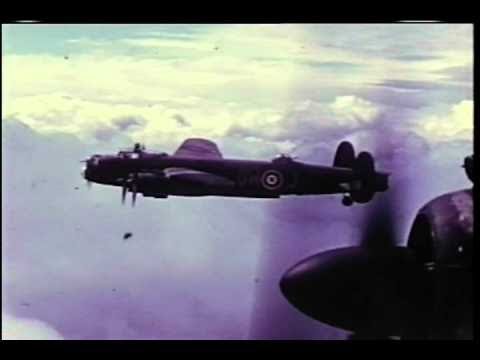 As the world remembers 75 years ago the first atomic bomb, very little is known that the British were chosen in second place to drop the bomb, due to a material flaw in the B-29`s fuselage design. Only the British had the correct airplane and General Hap Aronld made it clear if the B-29 was not ready,then Britian would get the job. Millions of dollars were spent to correct serious design flaw which resulted in the silver Super Fortress.Well worth watching.

Jooish hell bomb. Israel has been using it in Lebanon and Syria on a regular basis, just not reported as such.

A few days after Hiroshima, Nagasaki became the second city where this strange statue was erected after the war. 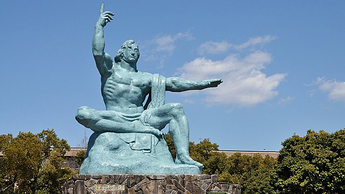 Reminds you of something? 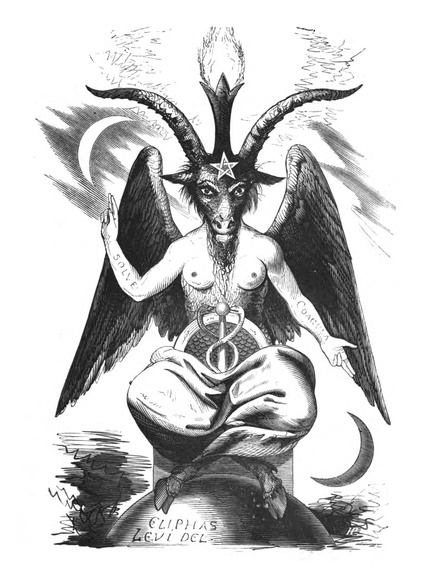 Statements of this supposed alien make more sense than you do.

He said: “Humans destroyed themselves in nuclear holocaust because of their religion and dogma.” It’s an accepted narrative in the US and even in Japan, that the A-bombs saved lives (because they ended the war).

However, A-bombs killed more lives than those in the two cities, because totally useless battles were fought for months and months on Iwo Jima, Okinawa, fire bombings of Tokyo, etc., etc. for the sole purpose of testing nuke bombs on live cities.

In other words, Japan was not allowed to surrender until the nuke bombs were ready. (A view by Eustace Mullins)

You should watch this tutorial. Something I know you would like. 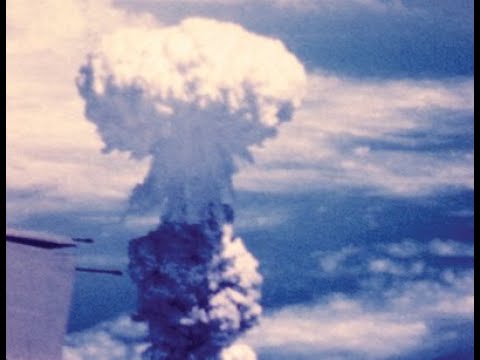 The generous number of A-bombs in the video are fictions because the bombs didn’t exist. Just two.

Hirohito was a Mason, just like the British monarchs and the ruling elite. Therefore he was not executed.

The Soviet Union was totally under the control of the Rothschilds and Rockefellers, so it needed not to be restrained by the presence of A-bombs.

WWII would drag on into 1947?
Come on. Japan had no fuel, ships and planes left.

The Lancaster was an amazing aircraft it its’ day but by 45 it was obsolete lacking the the ceiling and speed of he B-29.

It could have done the job but in all likely the pilots and crews would have all died.

I would also wager the Brits did not want the mission and would as a nation have regretted it if they had to do the job.