I’ll happily pay to not watch it. Also felt great that Im no longer supporting Netflix for years.

Hillary Clinton and her daughter Chelsea are reportedly in talks to launch their own television and film production company.

According to multiple reports, the mother and daughter duo are looking to follow in the footsteps of former President Barack Obama and his wife Michelle, who created Higher Ground Productions and inked a deal with Netflix last year.

The Clintons are hoping to use their proposed company to influence culture and society by focusing on stories by and about women, according to Bloomberg, which first reported the news.

“Hillary is still very popular out here and there’s been conversations with several studios and streamers about working on projects together,” a top-tier executive told Deadline, stressing that nothing was yet cast in stone.

Hillary Clinton first entered the entertainment business in August when she signed on to help Steven Spielberg with a TV show adaption of author Elaine Weiss’ “The Woman’s Hour: The Great Fight to Win the Vote.” 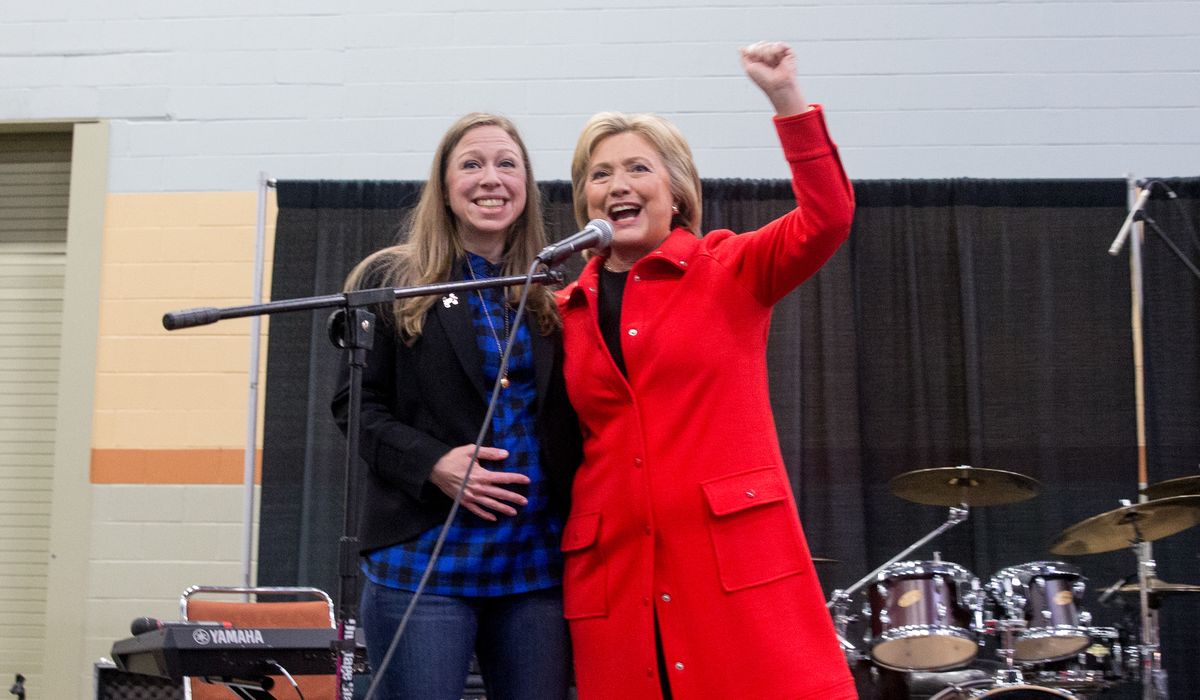 Hillary Clinton and her daughter Chelsea are reportedly in talks to launch their own television and film production company.

A channel with nothing but spirit cooking, pizza making, child sacrifice, and Moloch worship.

A channel with nothing but spirit cooking, pizza making, child sacrifice, and Moloch worship

And would still be legal somehow, but contents will be locked behind cryptocoin-only paywalls and your social security number .

I killed my Netflix account when Obama started working with them. Fuck that.

A Hillary - Chelsea production. I’d rather run my blender for half an hour, if I want to waste electricity.

I gather they will use the millions from the Clinton FRAUD foundation as seed money !

John Brennan will surely be part of their production company. The psyops expert with dark and unverifiable sources is gonna have a big role to play in their little company.

I mean, with CIA brainwashing techniques broadcast to a loyal audience of Clinton worshippers, think of what they can accomplish.