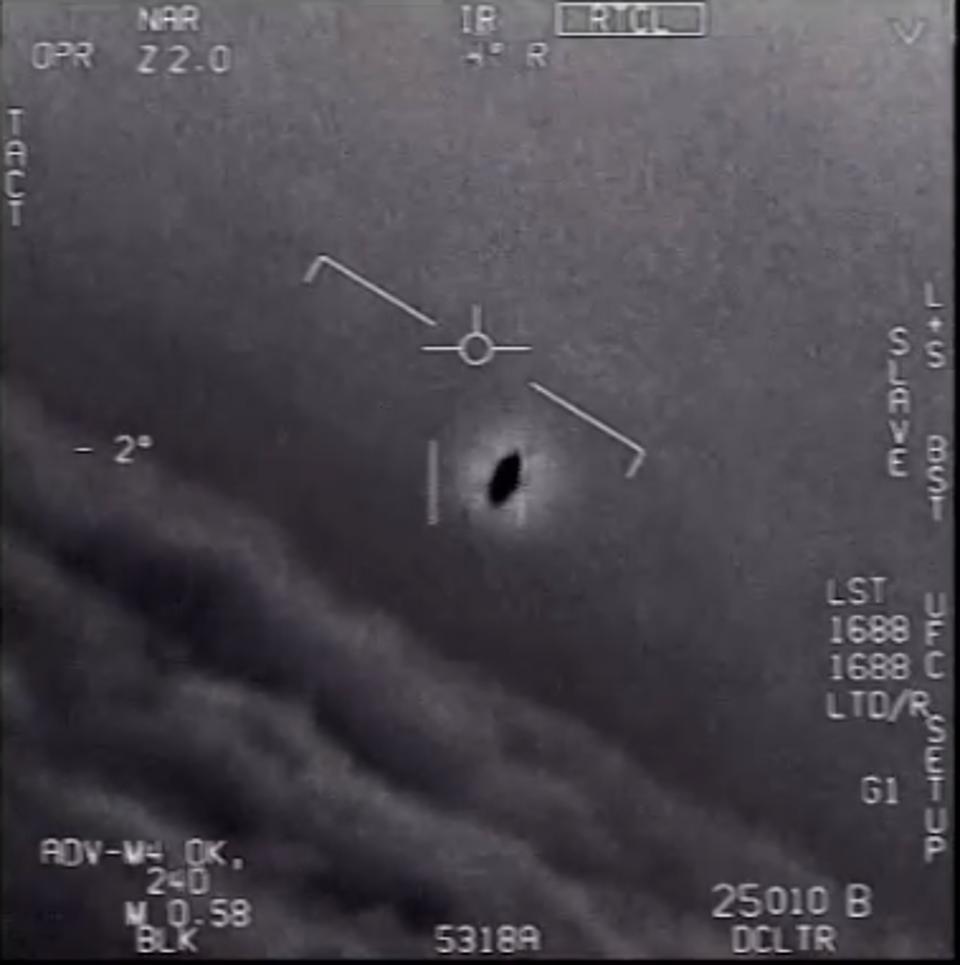 The videos, which were first published by the New York Times in 2017, show fast-moving oblong objects racing through the sky and a pilot, in one video yelling, “Look at that thing, dude — it’s rotating!"

The Pentagon, which previously confirmed the veracity of the videos in 2019, said it formally released the footage after a “thorough review” determined the videos do not reveal any sensitive information and to “clear up any misconceptions by the public on whether or not the footage that has been circulating was real,” Sue Gough, a Defense Department spokeswoman, told CBS News.

One of the videos released shows an incident from 2004 in which Navy pilots encountered an object 40 feet long hovering about 50 feet above the water, according to the New York Times ; the two other videos are from 2015 and show strange objects moving very quickly — one racing above the water, another rotating in mid air (the videos were released after unauthorized leaks in 2007 and 2017, CBS News reports.)

The release of the videos and the Times report on the experiences of the Navy pilots who encountered the objects comes as government officials have sought to investigate and lend more transparency to the subject in recent years.

Former Senate Majority Leader Harry Reid, who tweeted in support of the Pentagon releasing the videos Monday, helped steer funding towards a $22 million program in 2007 to investigate UFOs (in his tweet Monday Reid added that the videos “only scratch the surface of research and materials available.”)

Following the 2017 Times report, the Navy formalized a process allowing pilots to report encounters with aerial phenomena; in 2019, the Navy confirmed an uptick in UFO sightings. 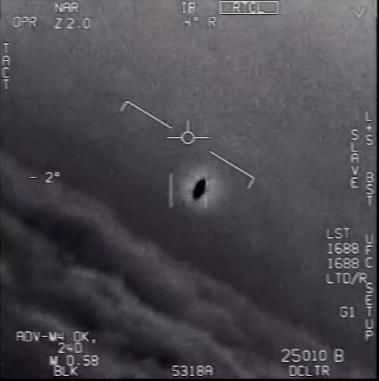 It’s a step that comes after years of progress towards government transparency surrounding unidentified flying objects.

I appreciate the summary of the article in the title of the thread but I don’t particularly agree with how the Pentagon is characterizing these events. Yes, we know the footage is real but it’s not clear that any sensitive information wasn’t gleaned from years of analysis. I’m sure there are quite a few people in our government who know precisely what this is.

Has anybody ever noticed that we only get really shitty pictures of supposed UFOs? With all the sophisticated technology that we have you would think it would be possible to get a better picture of these things.

NGL - I thought this whole Corona virus thing was just a way to keep people inside for when the alien invasion started.

Imagine living in 2020 and still thinking low-resolution CGI images coming from the government are proof of anything.

Bird Box, they don’t want us to see the Aliens, because the hologram toys aren’t ready yet.