Who does this to a child? Democrats probably cracked out on meth!

Pretty sickening to read this and lessens my faith in humanity when people are capable of this! 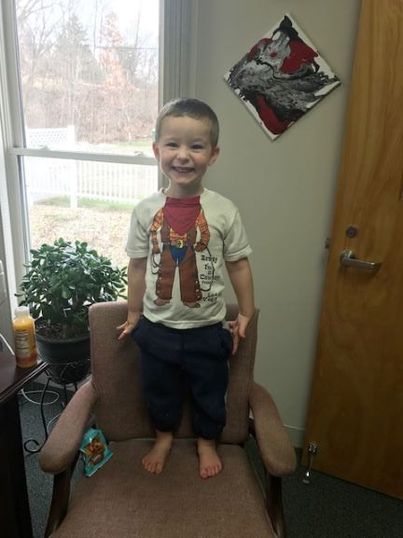 A 3-year-old boy and his dog were left abandoned in a cold cemetery in Ohio two days before Christmas.

The Hope Memorial Gardens cemetery on state Route 303 was the backdrop for the heartbreaking story. A witness reported seeing a car speeding away from the cemetery, and then saw a little boy and a dog running after the car.

The witness called 911 and protected the boy until police arrived. The child told officers that his name was Tony, but only knew the first names of his parents. As police tried to identify the parents, they asked for the public’s help to brighten Tony’s Christmas after he was temporarily placed in a foster home.

The story resonated with Jeremy Lowe of Wadsworth. As a child, he had been placed in a foster home just before the holidays. “A little boy and his dog, Christmas time, you know, as heartless as it gets, really,” Lowe said.

Lowe used a Wadsworth Facebook forum to ask for donations and purchased toys for little Tony. Clothes and gifts poured in from across Medina County and Northeast Ohio, filling the lobby at the Hinckley Police Department.

The boy was in his mother’s custody when he was abandoned. The father is cooperating with police.

People who donated presents for the 3 year old. 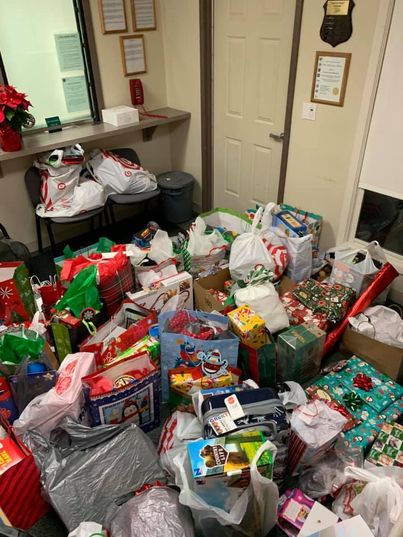 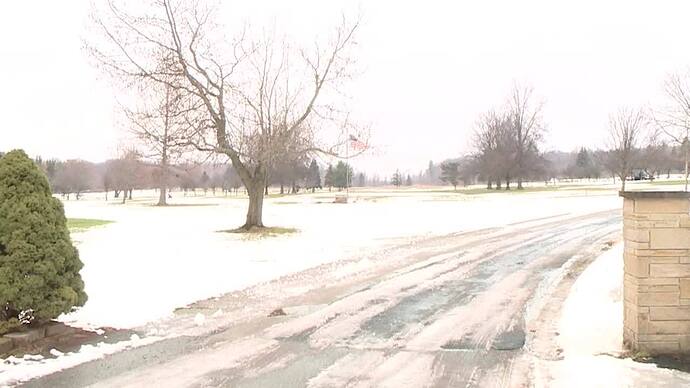