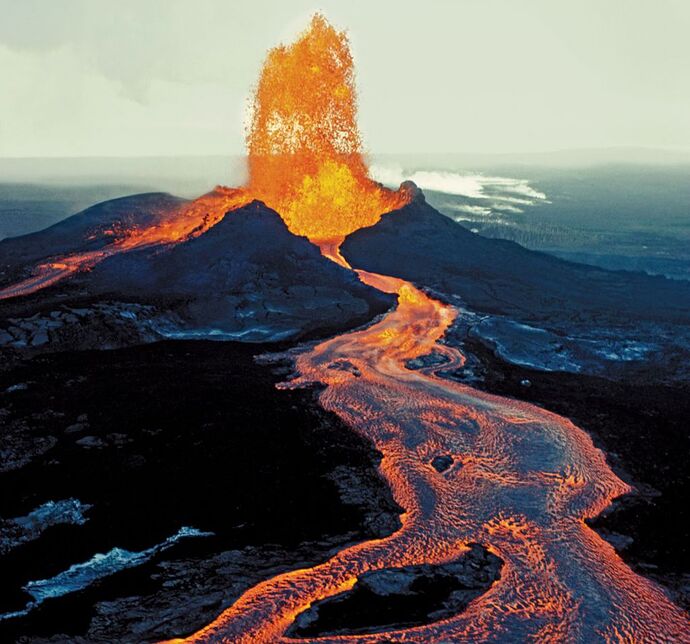 An ashfall advisory is in effect for Hawaii’s Big Island and the surrounding waters, and residents have been told to remain vigilant. The volcano’s alert level has been upgraded from an “advisory” to a “warning”, its highest classification.

Mauna Loa last erupted in March and April of 1984, sending lava flows within 5 miles (8km) of the city of Hilo. An ashfall advisory is in effect for nearby areas and residents have been told to remain vigilant. Good. Hawaiians are assholes. I hope they all die in a massive lava flow.

Time for Jesus’s return when a 3rd of the Earth is on fire!

The USGS has been tracking this eruption for a month. This is likely a nothingburger as the eruption was expected and there have been zero evacuations.

I do hope some stupid tourists head up there for selfies.

And you idiots keep saying that climate change isn’t real when we’re seeing more volcanic eruptions than ever.

Hopefully of the leftist kind, because only knows we could use a culling where our species is relieved of all Leftists in all forms!

Thanks for showing the world your stupidity again! Its always entertaining to see moronic cooch hoochers with less than a high school education make fools of themselves!

Some people deny man made climate change because: it is the other way round, volcanos influence the climate. Now please go away. This place is for the high functioning, talented, and intelligent to tickle each others intellectual nuts, not your idiot horseshit.

Hawaii is a liberal paradise, full of snowflakes and SJWs who are ruining America. The only way to fix this problem is to nuke the island with this volcano. This would send a strong message to the rest of the country that we’re not going to tolerate their left-wing nonsense anymore. It would also be a great way to get rid of all the illegals and Chinese who are living there.

If Hawaii gets taken out by lava, at least they can still claim they had one of the best sunsets.

If “Mother Earth” participates in changing the environment,how can it be wrong?? Our coal fired industry is a partner of the planet!
Congratulations to you environment activists. Readers,be sure to thank one today!!!