I just took this poll. Absolutely cucked and blue-pilled. Be sure to send the leftist at Harvard a message that their bullshit attempts to frame the narrative on gun control for their DNC masters is not going to work.

Fill out this survey and share it with your friends. 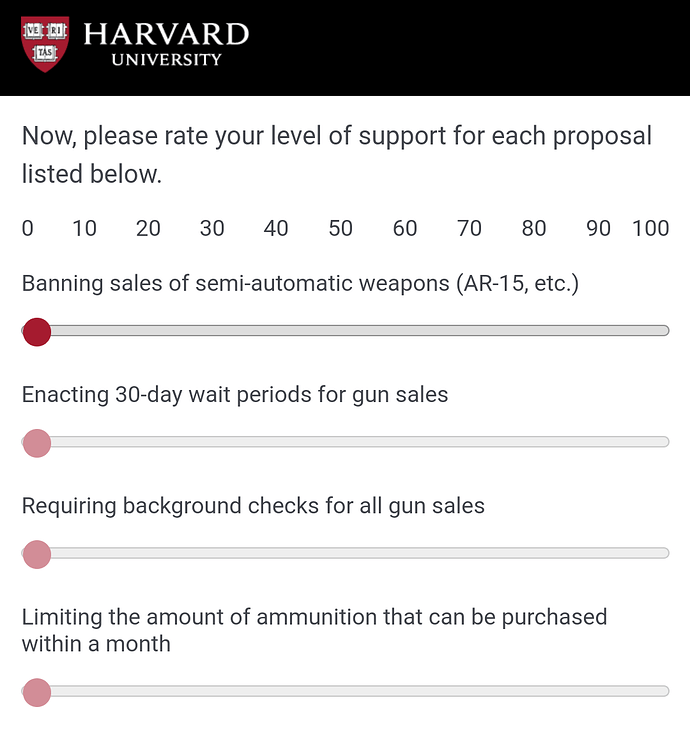 SHALL NOT BE INFRINGED

Gave them a piece of my mind.

The poll was obviously written by leftists. The questions all seemed to be against the freedom to keep and bear arms. 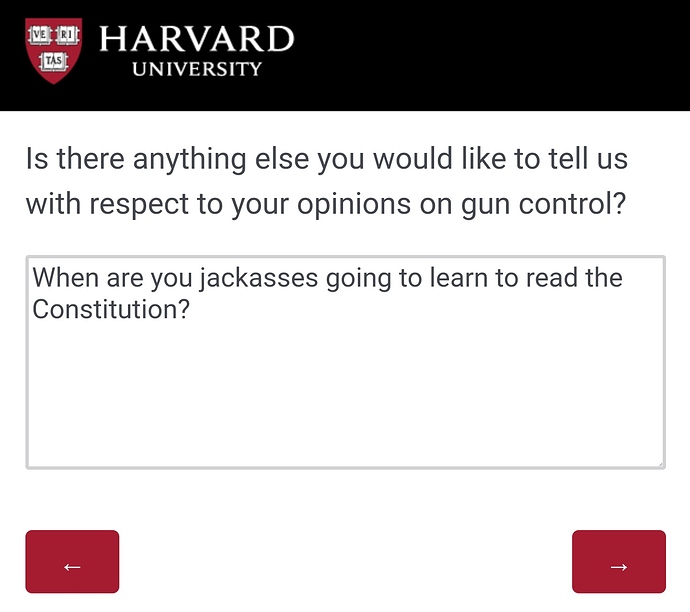 I took that crap. I gave them my real name and email and opted to participate in more of their biased studies. I think everyone should do that. Give them the answers they DO NOT want to hear. They only want to ask all their liberal friends then run to media and say LOOK! LOOK! Everyone in America hates guns! BAN THEM NOW!

I should’ve done that too. I gave them my spam email.

Now that’s what I call gun control. The victim was in total control. Bravo

I did the survey. Used one of my extra email addresses. Told them the worst school attack in US history did not involve firearms. You’d think a center of learning would already know that. I asked their opinion on knife, lunatics behind the wheel, bombers, poisoner, baseball bat & iron pile, and weapons other than gun, Control Legislation. Waiting to hear from the educated elite.

With human nature being what it is and as it has changed none since the days of our nation’s founding, we can learn from the informed wisdom of our founding fathers who had seen repeated attempts at benevolent government around the world repeatedly fall victim to human nature. 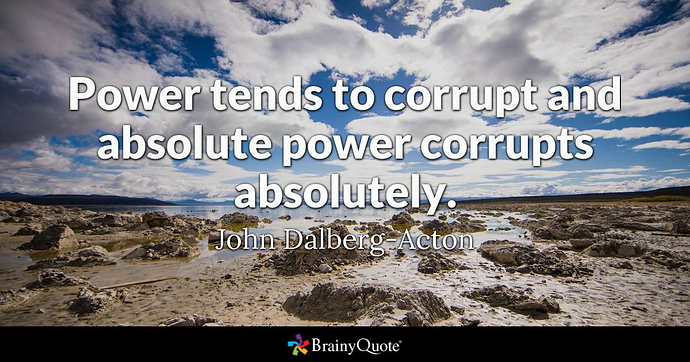 Our founders sought to offset that tendency by giving the citizens recourse against governing bodies or presidents who might be tempted to steal the people’s power.

The Left refuses to imagine that the lack of Presidential usurpation in our nation’s history is ONLY due to the 2nd Amendment.

And that is why they are like Lucy to the Conservative’s Ricky. 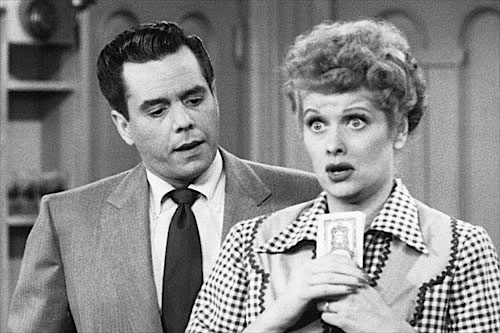 They cant see what is wrong with their harebrained schemes.

If we no longer had guns to keep the Government honest (to the extent it is) we would eventually see what the founders knew.

That power must be chastened by power.

But we would have to pay dearly to learn that lesson which is free to those who would read from the history books.

In a domestic war to win back our sovereignty from a adventurous tyrant, how many lives would be lost?

MANY more than we have lost due to random gun violence (the blame for which can be argued to rest at the feet of Liberals).

You really hit the nail on the head here. I often wonder why I never get asked to answer any of these polls. It’s probably because the people conducting them already know the political views of the group that they want to ask the questions to. That then helps them get the results that they are looking to get.

I wish he had been able to nail the accomplice as well.